Israel's 'Victory' in Six-Day War Was a Loss

After the Six Day War, 46 years ago this week, Israeli occupation should not be seen as a victory but a loss. 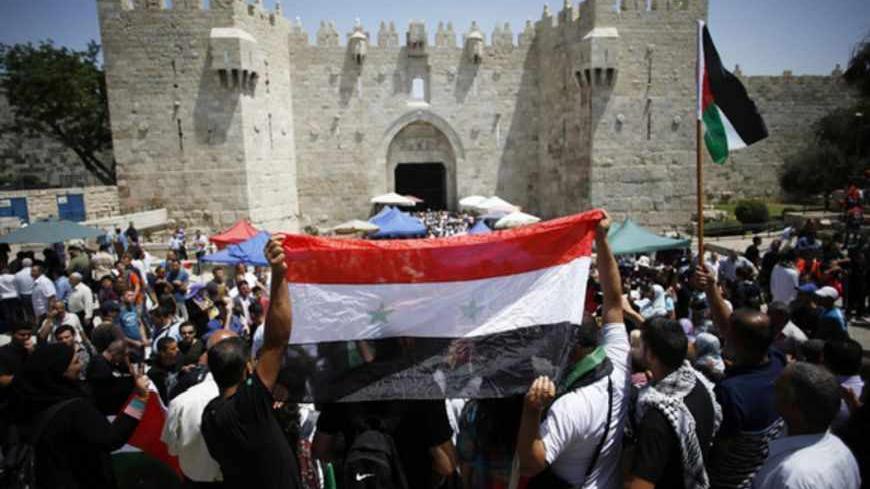 Secretary of State John Kerry is a veteran and experienced politician. You won’t catch him saying the word “occupation,” not even when he refers to the territories captured in the 1967 war, which has its 46th anniversary this week. When an American politician appears at the AJC Global Forum, the American Jewish Committee, he is especially careful in choosing his words. So when Kerry told such a pro-Israel audience in Washington that “the status quo is simply not sustainable,” he actually meant that continuing to tread water is detrimental to Israel. When Kerry said to Jewish activists, “being secure in its future as a Jewish state, but also a democratic state,” he was hinting that Israel is on the verge of a head-on collision between these two central principles. Even now, the population living between the Mediterranean and the Jordan River is made up of 5.9 million Jews living side-by-side with 6 million non-Jews. In other words, Kerry is saying that time works against Israel’s most vital interest — maintaining its Jewish and democratic identity.

According to a report presented this week by Defense Minister Moshe (Bogie) Ya'alon at the Knesset Foreign Affairs and Defense Committee, Kerry has allocated two more months for the renewal of negotiations. Judging by the place accorded to this issue on Israel’s public agenda, most of its decision-makers and opinion-shapers believe time is on Israel’s side. They are wrong.

It was actually the late Prime Minister Yitzhak Rabin who adopted the rule that “no date is sacrosanct” in reference to the implementation of Israel’s commitments under the Oslo Accord. His fluid timetable provided opponents of the agreement with many opportunities to mar the atmosphere of reconciliation through terror attacks, on the one hand, and expansion of settlements, on the other. Time is only on the side of those seeking to erase the Green Line, the June 4, 1967, border that constitutes a red line for the Arab side (with mutual land swaps) between Israel and Palestine. On the other hand, the Green Line has become very blurred in Israel’s collective memory. After all, Israelis have already been living with the occupation for 46 years. The point can be made the other way round: Israelis have only lived without occupation for a total of 19 years. Most Israeli citizens were born after June 4, 1967, or emigrated here after the Six-Day War. They don’t know any other condition except occupation. As far as they are concerned, there’s no other reality.

The dispute over freezing settlement construction and the guidelines for negotiations with the Palestinians contributed to the advocates of the status quo five whole years. Kerry appears to have understood that in order to move into a new phase, of conflict resolution, a deadline must be set for ending the tiresome negotiations over the terms for the launch of negotiations. At first he set May as the target month for the first meeting between Israelis and Palestinians. Palestinian President Mahmoud Abbas (Abu Mazen) acquiesced to his request to delay, for now, the Palestinian appeal to the UN organizations, among them the international criminal court, for punitive steps against the Israeli occupation. But May came and went, and Kerry got another extension from the Palestinians — until June 7. This date will not make it into the history books, either. The settlers will keep laughing at the Americans and their “peace process,” while they forge ahead and erect another illegal outpost.

My colleague Shlomi Eldar recently adopted the “point of no return” doctrine espoused by Dr. Meron Benvenisti, who essentially contends that the facts established on the ground by the settlers, with the blessings of successive Israeli governments and with their political and economic support, are irreversible. In a report aired May 31 on Israeli Channel 2 News, most of those interviewed agreed that the right-wing had beaten the peace camp. The prevailing view was that no current or future Israeli government will have the power to evacuate settlers from their homes, not even the 80,000 settlers who live outside the main settlement blocs (settlements that will not be annexed by Israel in any future land-exchange deal). According to media reports, a growing percentage of settlers serve in the Israel Defense Force’s combat units — those that would be tasked with carrying out the evacuation order.

Have the settlers won, indeed? Are the facts they established on the ground unchangeable? And has the time come to admit that the “State of Israel” has been vanquished by the “Land of Israel”? Is it possible that what the settlers couldn’t achieve peacefully in 46 years by word of mouth — to attract a million Israeli settlers to the West Bank — they will achieve at the crucial moment of decision through sword of might? Is there no leadership in Israel capable of paying the price of peace?

Anyone who claims that a majority among Israel’s 8 million citizens cannot impose its will on 1% of the population is actually saying that Israel has ceased being a democracy. There’s a phrase often used during basic military training that says, “There’s no such thing as can’t do. There’s only don’t want to do.” Prime Minister Benjamin Netanyahu can push forward a peace agreement. But he does not want to pay the price. If it were up to Netanyahu, he would postpone resolution of the conflict to the coming of the Messiah. The problem is that the Palestinians adamantly refuse to adopt this timetable! They have had enough of 46 years of occupation and 20 years of the “Oslo Process.''

The Arab League also doesn’t intend to leave its peace initiative on a life-support machine until the end of time. After 11 years, there’s a growing tendency on the part of the Saudis and their friends to pull back the proposed initiative, which provides for Israel to maintain its Jewish and democratic identity while safeguarding its security interests and international standing. And so, Israel risks losing a rare opportunity to get an official stamp of approval from all the Arab states for an agreement with the Palestinians based on the 1967 borders, without entering into negotiations over the Golan Heights. No one expects Netanyahu to negotiate peace with Syrian President Bashar al-Assad, who was expelled from the Arab League following the massacre he is committing against his own people.

Shortly after the Six-Day War, when pressure started on Israel to withdraw from the territories, satirical writer Ephraim Kishon wrote a book entitled, “So Sorry We Won,” or literally, “Excuse Us for Winning.” If we follow the immortal analogy of noted Prussian strategist Carl von Clausewitz, that war is simply “a continuation of policy by other means,” it seems that a more fitting title for the reality created by 46 years of occupation is “So Sorry We Did Not Really Win.”