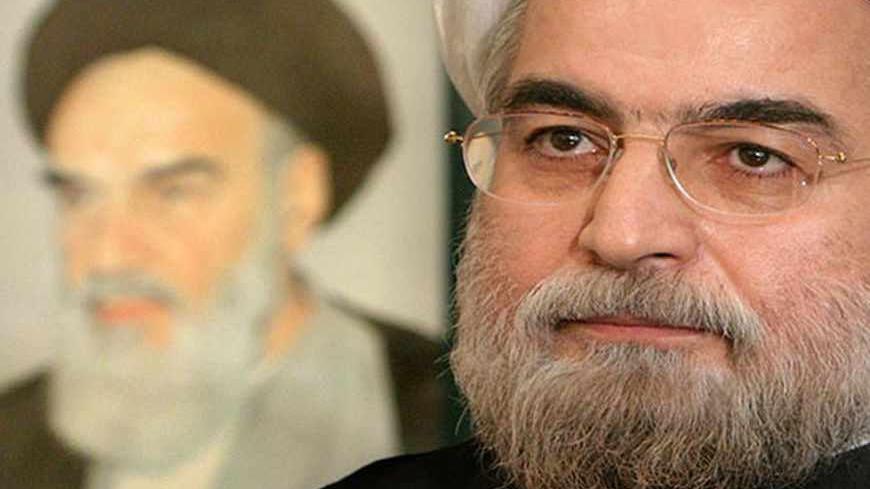 TEHRAN — Hassan Rouhani, a veteran official of the Islamic Republic of Iran, became the country's 11th president on Aug. 3, 2013, promising “to reduce people’s problems so they can have a better life.”

Rouhani, a 64-year-old cleric, was formally endorsed by the Supreme Leader of Iran, Ayatollah Ali Khamenei, who retains final say on all key foreign and domestic policies.

In a brief ceremony attended by most of Iran’s ruling establishment, Khamenei praised the results of the June 14 elections — which gave Rouhani a solid win over a field of six conservatives — as affirming Iran’s “Islamic democracy.”

On Aug. 4, Rouhani and his new cabinet, including US-educated former UN ambassador Mohammad Javad Zarif as foreign minister, will take the oath of office before parliament and visiting foreign dignitaries and commence contending with Iran’s serious diplomatic, economic and social challenges.

In brief remarks on Saturday, Rouhani pledged to be honest about these challenges, which include unprecedented economic sanctions tied to Iran’s nuclear program that have depressed Iranian oil revenues and investment in the Iranian economy.

“People’s minimum expectation of the new government is to bring stability and tranquility on all fronts and remove the various bottlenecks and issues that the country is facing these days,” he said. “Lying will simply aggravate the situation,” he added in what appeared to be a slap at now former president Mahmoud Ahmadinejad who sat unsmiling on the same stage, separated from Rouhani only by Khamenei.

“Our society is at a serious juncture and we need to reduce people’s problems so they can have a better life,” Rouhani said.

While Rouhani’s victory sparked spontaneous celebrations in the streets of Tehran, the mood in the capital on a hot summer Saturday was subdued. Several people interviewed by Al-Monitor said they had not voted. A salesgirl in a shop selling brightly colored manteaus, the coats required for women under Iran’s Islamic dress code, explained why. “The last one [Ahmadinejad] didn’t do anything for us and this one won’t either,” she said. She asked that her name not be used.

Another Tehrani, who also requested anonymity, told Al-Monitor, that she voted at the very last minute not because she supported Rouhani but because the other candidates were worse. They included ultra-conservative Saeed Jalili, the unsuccessful chief negotiator at nuclear talks that have so far only led to more Western economic sanctions.

Still, there appears to be a slight sense of relief that the era of the Ahmadinejad presidency has ended. A reformist newspaper, Shargh, ran an article Saturday entitled “Strange Decisions by Ahmadinejad.” Among those the paper listed: the fact that Ahmadinejad spent the equivalent of a full year abroad on 118 foreign trips, that he sold 5,000 tons of Iranian dirt to Qatar for landfill projects, that in 2011 he promised $300 to families for every child born but failed to keep the pledge and that he changed the definition of many government jobs to circumvent laws passed by parliament.

The article also noted that 21 of Ahmadinejad’s cabinet ministers had been impeached and compared him to a football coach who is constantly changing his roster of players.

In contrast to Ahmadinejad, Rouhani has close relations with many members of parliament, where he once served, and made a point of visiting parliamentary speaker Ali Larijani immediately after the presidential election. Rouhani, who received a doctorate from a university in Scotland, also has served for 23 years as Khamenei’s representative on Iran’s national security council and was Iran’s chief nuclear negotiator from 2003-2005.

Supreme Leader Khamenei on Saturday admonished Iran’s often squabbling political factions and institutions to coalesce behind Rouhani in a tacit acknowledgement of the depth of Iran's crises.

Khamenei called for “maximum cooperation” among the executive, judicial and legislative branches and asked that “all political movements and groups … all influential figures and powers … come and help” the new president.

Rouhani, for his part, said “I feel the burden of this endorsement and I honestly and humbly besiege Almighty God to keep this weak servant away from misery, jealousy, arrogance and egotism … There’s a long, long way to our destination and we have just started.”

Barbara Slavin is Washington correspondent for Al-Monitor and a senior fellow at the Atlantic Council, where she focuses on Iran. She is in Tehran to cover the Rouhani inauguration and tweets @BarbaraSlavin1.