The world is looking at Syria and Egypt while Israeli-Palestinian negotiations in Washington continue discreetly. 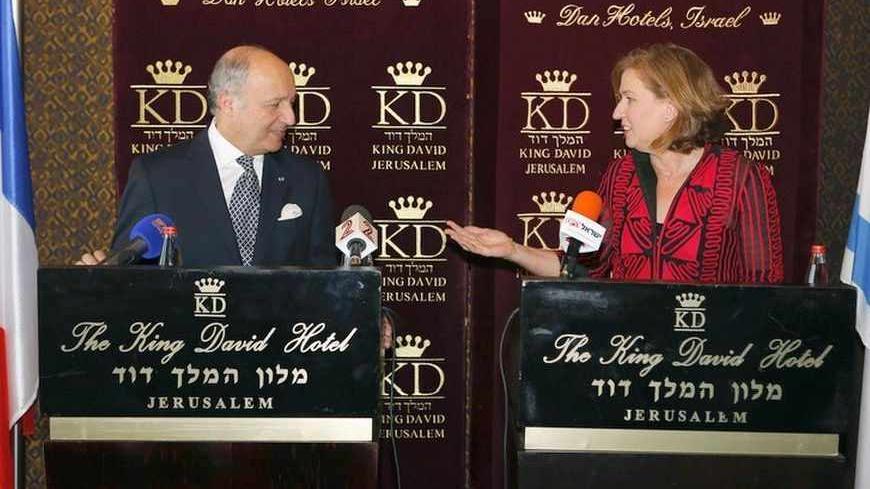 It’s all happening very quietly, beneath the radar, which is now aimed at Syria. There’s a parallel world out there, where the winds of war have yet to reach. The people who inhabit that world hadn’t exchanged a word between them until a few weeks ago. They were completely cut off from one another, separated by a raging dispute, and they presented each other with terms and conditions, before they even got back to talking. In the end, they conceded. They got off their high horses, made up, and started talking. They’ve been talking and talking ever since, without anything diverting them from the reason of their meeting.

Stubborn rumors about an impending war and coalitions being formed by the armies all around them haven’t ruffled their feathers. Talk about the use of chemical weapons and the hundreds of missiles aimed at them are no bother whatsoever. They don’t leave a dent in their schedules. Even a very violent incident, which took place very near to where they met — and which, in days past, would have resulted in a full frontal clash between them — barely moved them at all this time. They just carried on doing what they were doing. Skeptics and pessimists who expected the talks to last days at best, if not hours, until they inevitably fell apart, are absolutely stunned by what they see. The rest of the world may be in turmoil, but Justice Minister [responsible for negotiations] Tzipi Livni and Palestinian chief negotiator Saeb Erekat still insist on talking about peace.

Their sincere desire to get around the hurdles and keep talking could be seen in the way both sides responded to the deadly incident that occurred in the Qalandia refugee camp just a few days ago [Aug.26], when two vehicles of the Israeli Defense Forces arrived there one morning to arrest a suspect. They were greeted by the local residents with a barrage of rocks and Molotov cocktails. Feeling that their lives were at risk, the Israeli troops responded with live fire. Three Palestinians were killed, and many more were injured.

The way that Erekat and Livni responded to this was rather surprising. It was certainly not what one would expect, based on past experiences. They took it in stride and did everything they could to find some way to continue with the negotiations. Sure, there were those who tried to insert sticks between the spokes of the talks. Others wanted to suspend the meetings. But the two of them immediately released a statement saying that the incident was regrettable and should be condemned, but as far as the talks were concerned, it was business as usual. Not even the establishment of a new settlement, Leshem, nor the announcement, as the talks commenced, of Housing Minister Uri Ariel on the building of hundreds of residential units [in the West Bank] stopped or otherwise hindered their discussions.

Although the negotiators are forbidden to leak the content of the talks or to make any public statements about agreements or differences that have come up, every so often we get some indication that the Israelis and Palestinians are taking these talks seriously. Here is just one example of many, which prove that deep in the negotiating chambers, the talks are focusing on the major issues that lie at the heart of the conflict. Almost every day, Hanan Ashrawi, a member of the PLO’s executive and one of the Palestinians’ most eloquent spokespeople, releases angry statements and condemnations of various routine issues. But she doesn’t limit these statements to the topic at hand, and frequently raises some information or other that has nothing to do with what she is condemning, but which undoubtedly relates to the negotiations.

In the wake of the Qalandia incident, Ashrawi condemned what she called “excessive and indiscriminate violence” by the IDF. In a statement published the day after, however, she added something that had nothing to do with the incident per se: “Without east Jerusalem as our capital, there can be no Palestinian state or no hope for peace''. She then went on to say that, “The status quo is not sustainable and will not last forever; if Israel succeeds in destroying the two-state solution, the future will not bode well for anybody.” And there are many other examples of similar statements.

Nor is Ashrawi alone in this. Just about every day, some unofficial Palestinian spokesperson or other releases a statement expressing unease over issues pertaining to the negotiations. The litany includes such things as Jerusalem, borders, and refugees, but also more mundane issues such as the division of water sources between Israel and the Palestinian Authority.

One Palestinian I spoke with claimed jokingly that Martin Indyk, who is overseeing the talks for the Americans, is apparently keeping information from the participants about the impending attack on Syria and, in fact, any other news that might distract them. In fact, he said, the negotiators have absolutely no idea of what is happening in that other world, which exists right outside the negotiating chamber. While he may have been kidding, there is some truth in what he said. The Palestinians really are surprised that the talks are still going on, and that they are being taken so seriously.

Maybe all the upheavals occurring in the world provide some kind of advantage to the current round of talks. With everyone paying such rapt attention to the goings-on in Egypt and Syria, and with the concurrent lack of public interest in the talks, there is far less pressure on the negotiators, who have plenty of room to maneuver without fear of being interrupted. Who knows? We may yet see white smoke rising from the chimney to hover above the gloomy war clouds. We’ll need lots of hats if that really happens, to hand out to everyone, myself included, who said that they would eat their hat if the two sides really reach an agreement this time.