Palestinian leaders have made several complaints to the media about the lack of progress in the peace talks with Israel. 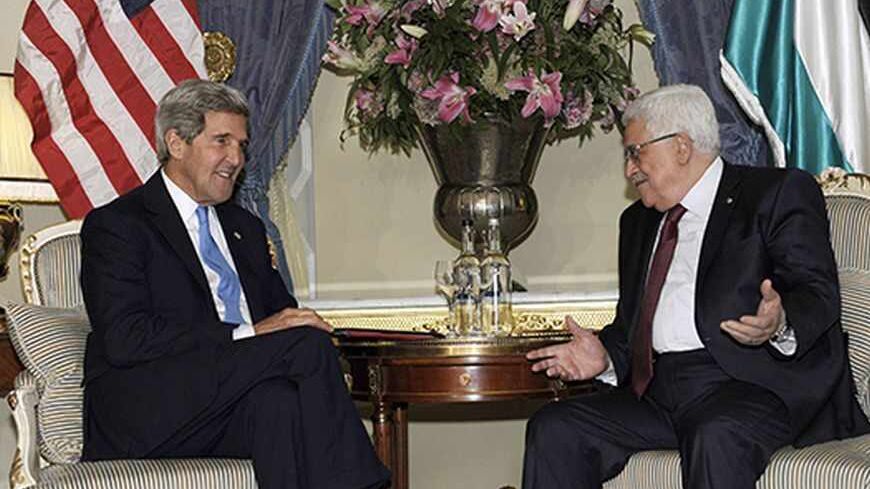 A quick roundup of statements by Palestinian leaders to the press and details of discussions with Western officials reveal an increase in the level of frustration in the peace talks with Israel. Regardless, it is clear that the Palestinians have no interest in scuttling the nine-month time frame of the negotiations, possibly due to the staggered dates for releasing long-term Palestinian prisoners.

Of interest, none of the statements credited to Palestinian leaders include President Mahmoud Abbas or the chief negotiators, Saeb Erekat and Mohammad Shtayyeh. Palestinian and Israeli leaders have made a commitment to US Secretary of State John Kerry to keep the talks secret, with only the United States being authorized to make statements regarding the peace process.

The volley of statements began with a scathing comment by Yasser Abed Rabbo, secretary of the Palestine Liberation Organization's Executive Committee, who warned in August that the talks could end in “disaster.”

The New York Times ran a Sept. 9 story that quoted unnamed Palestinian sources complaining about the absence of an agreed upon reference point for the talks. The report was written largely by veteran journalist Mohammad Daraghmeh, who has strong and reliable connections among the Palestinian leadership.

Palestinian sources were quoted in the story as telling the Associated Press that Israel is still trying to impose the idea of an interim period during which Israel would continue to control the observation and crossing points with Jordan in the Jordan Valley. The Palestinians have consistently rejected such proposals. Abbas has repeatedly stated, for years, that the Palestinians will no longer accept interim solutions after seeing what happened two decades ago to the "five-year" interim plan that continues to this day.

This lack of agreement on the agenda for the talks and the basis of negotiations was the focus of the Palestinian statements, which were credited to Nabil Shaath, a Fatah Central Committee member and veteran PLO leader. Shaath, who was involved in the negotiations in the 1990s, insists that the United States has committed, in writing, to the 1967 borders as the basis of the talks.

Shaath says that the document is not what is referred to as a non-paper, but a fully fledged document. Israel rejects the existence of such a commitment, and a State Department spokesperson refused to confirm or deny whether such a document exists.

Another Palestinian leader, Azzam al-Ahmad met on Sept. 10 with an EU delegation during which he added his voice to other Palestinians complaining that Israel is not serious about the peace talks. He confirmed that the Palestinian delegation would fulfill its commitments to attend the talks for the entire nine months.

This flurry of leaks and negative public statements coincides with a meeting between Abbas and Kerry in London on Sept. 8. One of the ideas that the Palestinians are hoping to get across to Kerry is the need for US officials to attend the talks. The recently appointed US peace envoy, Martin Indyk, has not been allowed by Israel into the negotiation room, thus making his position more ceremonial than active.

The absence of US officials at the talks is to the Israelis' advantage. By agreeing to the talks, the Israeli government created the impression that it is serious about them. Without an external party present, however, there is no assurance the talks will be substantive, not just a spinning of wheels or repeating of the same old positions.

Washington’s current preoccupation with Syria has shifted attention from the ongoing talks. It will be difficult, however, for the United States to speak of the need to uphold its credibility when it comes to a position that could result in an aggressive attack against an Arab capital. Washington appears not to be worried, however, about its credibility when it comes to the aspirations of the Palestinian people and its repeated statements opposing Israeli settlement activity, which has continued despite the launch of the peace talks.

Various Palestinian groups have held public demonstrations and issued statements against the talks. Their opposition escalated markedly after the Israeli army entered the Qalandia refugee camp to arrest what it said was a wanted person and ended up killing three Palestinians.

It is unlikely that the messages of distress coming from the Palestinian side will be heard in the near future as long as the Palestinians continue to insist that they are not planning to abandon the nine-month time frame. If the current talks are not rescued, however, the result will simply be the delay of a potentially inevitable explosion.