As the Palestinian-Israeli talks reach a political deadlock, US officials are promoting a $4 billion economic plan to develop the Palestinian territories. 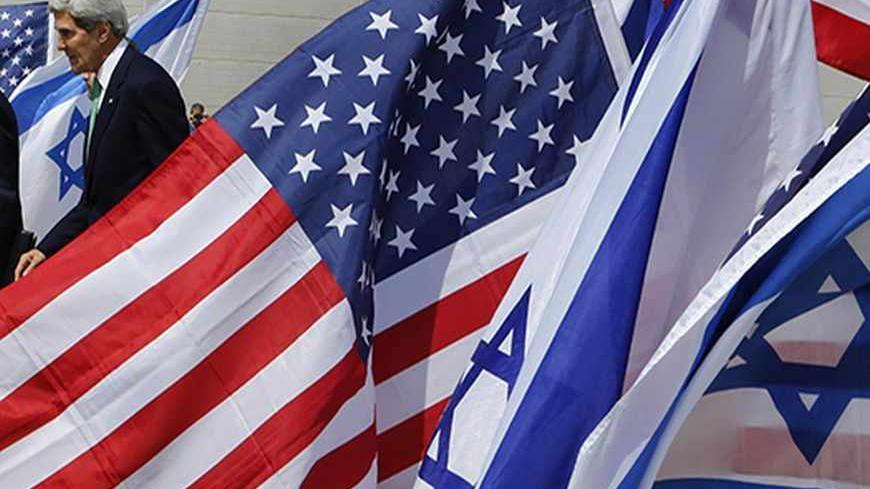 US Secretary of State John Kerry walks to his car after arriving at Ben Gurion International Airport in Tel Aviv, Sept. 15, 2013. - REUTERS/Larry Downing

The apparent failure of the ongoing secret Palestinian-Israeli talks appears to have led their US sponsors to put more emphasis on economic issues. A three-year plan has been drawn up by the US peace delegation working through the offices of the Quartet, still nominally headed by former UK Prime Minister Tony Blair.

Deputy Palestinian Prime Minister Mohammad Mustafa told the local wire service, Ma’an, that the US gave them a 200-page plan outlining their economic vision for the future of Palestine.

The US economic plan, which will require some $4 billion in investment, will attempt to strengthen the Palestinian IT sector, tourism, industry and agriculture. Mustafa insists that the plan will apply to all Palestinian areas, including the West Bank, Gaza and east Jerusalem, and that US officials promised to work with the Israelis to help in its implementation.

A major focus area of the plan is said to be the sparsely populated Palestinian areas totally under Israeli security and administrative control, where the Israelis have not permitted any development. Some 60% of the West Bank is declared Area C, including, among other areas, almost the entire Jordan Valley.

Mustafa, the leading Palestinian economic official who continuous to draw a large salary as chairman and CEO of the Palestinian Investment Fund, is preparing a more modest three-year Palestinian plan. The Palestinian plan, which Mustafa will be carrying with him to the UN General Assembly, talks about building new electric generators and using natural resources — such as water and gas — to reduce industrial production costs.

While the American and Palestinian teams were busy with their economic plans, politics once again seemed to have placed road blocks in the way of the hoped-for Palestinian economic boom. Palestinian officials have made it clear that Israel is not budging on ceding the Jordan Valley in any peace deal. Saeb Erekat, the chief Palestinian negotiator, took foreign diplomats on a tour of the Jordan Valley, beginning from his own Jericho home, to illustrate the Israeli territorial obstinacy.

Erekat told international officials that the main reason for the Israeli policy toward the Jordan Valley is in fact economic and not security related, as Israel claims. The Palestinian official stated that Israel is profiting annually more than $600 million from its control over Palestinian areas in the Jordan Valley and is demanding to hold onto it for another 40 years.

The issue of the Jordan Valley was not limited to Palestinian negotiators. Palestinian President Mahmoud Abbas made a clear reference to this problem by insisting that the eastern borders of Palestine will be the Jordan River. “This is a Jordanian-Palestinian border, and that is how it will remain,” Abbas told graduating security cadres in Jericho on Sept. 15.

The United States, which is the sole sponsor and mastermind of the current negotiations, claims that the Palestinian-Israeli peace process stands on three legs: political, economic and security.

Economically, US Secretary of State John Kerry is optimistic that he can raise the needed money to kick-start a thriving Palestinian economy. In May he told economic leaders at the World Economic Forum’s Dead Sea meeting that he has been assured that the aim of raising $4 billion from around the world is a real possibility. Kerry wants to close the mammoth economic gap between Israelis and Palestinians. At present, the Israeli GDP per capita stands at $22,128, while the Palestinian GDP per capita is at a mere $1,679.

A senior US military official has been assigned to work out all the details that will put Israeli security worries at ease. The Washington Post reported on June 30 that retired Marine Gen. John R. Allen, who is serving as a special adviser to both Kerry and Defense Secretary Chuck Hagel, is seeking to identify Israel’s potential security gaps in order to help political leaders reduce security obstacles to a peace agreement.

The economic and military tracks will not work if there is no breakthrough, however, on political issues such as Palestinian sovereignty over their own lands in the Jordan Valley. Without an achievement on this level, the current peace process will have no leg to stand on.