US Secretary of State John Kerry’s proposed economic plan for the West Bank appears to be focused on turning over large parts of the Jordan Valley to direct Palestinian rule. 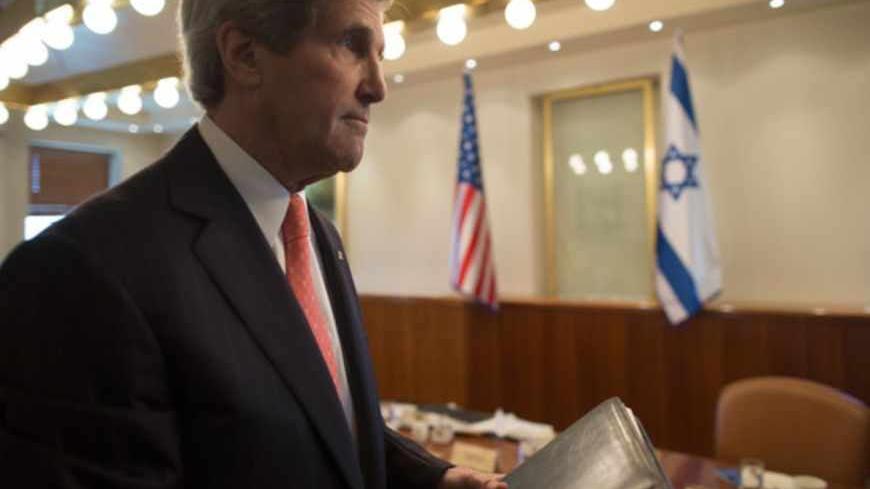 US Secretary of State John Kerry ahead of his meeting with Israeli Prime Minister Benjamin Netanyahu on May 23, 2013 in Jerusalem, Israel. - Uriel Sinai/Getty Images

The US efforts to revive Israeli-Palestinian negotiations continue to face obstacles, but this has not stopped a continuous trickle of information and leaks about some of the major details of the proposed talks.

Chief Palestinian negotiator Saed Erekat told the Voice of Palestine Thursday, May 30 that US Secretary of State John Kerry’s plans have three parallel tracks. According to Erekat, the Kerry plan has a political track, a security track and an economic one. While the appointment of Gen. John Allen appears to shine some light on the security track and Kerry’s speech at the WEF conference hints the economic track, little information has come out in regard to the political track. Both Israelis and Palestinians seem stuck on the reference point of the peace talks. Palestinians want the talks to be based on the concept of a two-state solution, while Israel considers such a commitment before the talks to be a precondition it is not willing to accept.

So instead of banging his head against a brick wall, the top US diplomat is apparently looking for ways to go around the problem. One way to do that may be to encourage (codeword for pressure) the Israelis into loosening their grip on the occupied Palestinian territories. The practical translation of such talk often means that Israel must turn over to the Palestinian government lands that its security and administrative arms currently control, areas that are generally referred to — using the Oslo Accords terminology — as Area C.

Sixty-one percent of the West Bank, including 89% of the Jordan Valley, is considered Area C. A paper issued by the PLO’s negotiating team says that Palestinians cannot build homes or other structures in Area C unless they obtain permits from Israeli authorities, who routinely deny Palestinians such permits.

Palestinians, as well as many in the international community, see Area C, especially the Jordan Valley, as the natural place for Palestinian development. Area C is the top priority of the Palestinian effort for statehood and appears to be a top priority in the efforts of the European Union.

One high-level suggestion that seems to be a US focus is the idea of helping create a Palestinian town in the Jordan Valley where the Palestinian population is kept at a minimum. The idea follows the Rawabi town experiment that was set up north of Ramallah and is often referred to as a success story. Initially, Israeli officials, who pay close attention to the position of West Bank settlers, opposed the idea of the creation of the town. The Israeli press also reported that Kerry proposed that Jordan, which was in control of the West Bank before 1967, should have a security role in the Jordan Valley.

Whether this is simply a carrot to invite Palestinians to the peace talks or a genuine sweetener, the central discussions will most certainly focus on the Palestinian side of the Jordan Valley. This is an area that is rich in water and other resources, yet as few as 56,000 Palestinians live there, and nearly half of them in the Jericho area, dubbed Area A.

The land-swap idea, which was first approved by Yasser Arafat in the Camp David II talks and has been recently offered by the Qatari prime minister within the Arab Initiative, will focus on many of the large settlement blocks in the western parts of the West Bank. This means that the only area of development for the state of Palestine will be the Jordan Valley.