Rockets fired by global jihad cells from the Lebanese border will force Israel to adjust its military strategy. 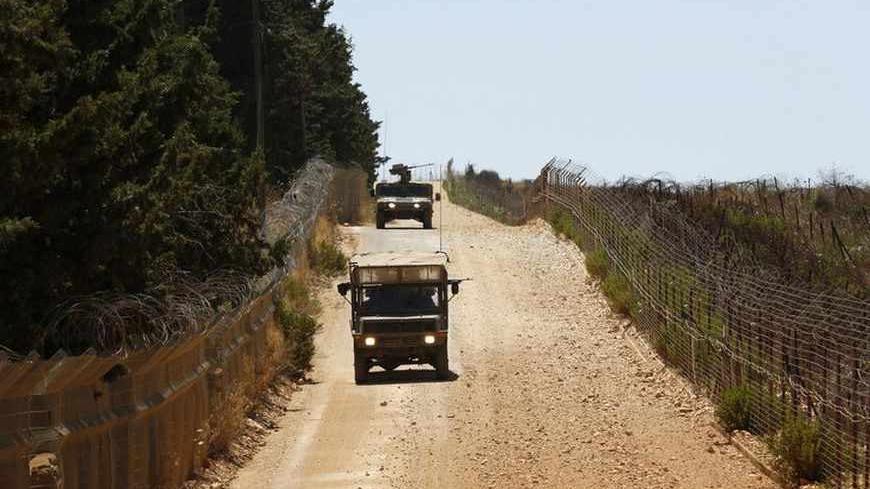 Regardless of what happens in the peace talks with the Palestinians, Israel’s security is not slated to improve. In fact, it is getting more complicated and dangerous by the day. The global jihad network has established “Jihad Land” in the Sinai along Israel’s southern border. With Syria still in a state of chaos, cells of armed Islamic extremists have also set up base along the country’s northern border and seem intent on subjecting towns there to a barrage of rocket fire and terrorist attacks.

Until now, Israel has stood out as an oasis of calm in the Middle East, especially given the bloody turbulence under way throughout the Arab world. Only now is it starting to feel the shrapnel from the civil wars and conflicts raging in neighboring countries. This is a new situation, which requires a completely new assessment and approach. We are no longer talking about a fight against groups like Hamas and Hezbollah, which have established addresses for an Israeli military response and discernible targets against which Israel could wage war. The new terror groups, collectively known as global jihad, are operating along the country’s borders as small autonomous cells without permanent addresses or a supreme leader.

Over the past few years, Israel, Hamas and Hezbollah have set very distinct rules for the game, among them red lines that are not to be crossed. The result is a balance of deterrence between the belligerent forces. The Second Lebanon War and Operations Cast Lead and Pillar of Defense against Gaza were milestones during which the limits of permissible (and impermissible) actions were determined. These events set clear boundaries for terrorist groups, which were quick to realize that traversing those boundaries would result in an Israeli response. The greatest deterrence that Israel has when confronting Hamas and Hezbollah is the threat of destroying the groups’ welfare and communal infrastructures, which moor them to their respective communities. Damage to Hamas’s welfare institutions or to the communal institutions of Hezbollah would hurt them much more than an assault on any military target or notable. The one thing that keeps these groups alive more than anything is their close tie to the local population.

Furthermore, both Hamas and Hezbollah have clear political interests that obligate them to maintain the peace along their borders with Israel. The political honey trap that they have created around themselves constantly forces their leaders to carefully consider their steps before they get entangled in a military encounter with Israel.

These two organizations operate militias, which are organized like an army in every conceivable way. In contrast, global jihad activists move from place to place and from region to region with considerable alacrity. It is not usually known who heads these groups or who gives the order to act, and in most cases, the members of a cell will vanish from the region within moments of having fulfilled their orders. Very little is known about the Salafist organizations operating in the Sinai, Syria and southern Lebanon. These are such small, decentralized groups that even if one were to be obliterated, there would be so many others left to take its place, they would in no way be impeded by an attack.

Three such organizations have taken responsibility for firing on Israel on Aug. 20. The first is the Ansar Beit al-Makdas Brigades, which has emerged over the past few years to become one of the largest cells in the Sinai. Within days, it was joined by two previously unknown organizations in southern Lebanon, the Abdullah Azzam Brigades and the Ziad Jarah Companies, which fired Katyusha rockets at the Galilee. Does anyone know anything about these brigades and companies that bear the names of martyrs? Does anyone know how many militants they have in their ranks? Where they train? Who funds them?

This week Israel received further evidence that it is entering a new era of terrorism against it, this one without borders or addresses. Lebanese Sunni Sheikh Siraj al-Din Zuriqat, considered to be the religious leader of the extreme Salafist groups, wrote on Twitter, “From now on, Hezbollah’s role of defending the Jews will be made difficult to impossible.” This absurd statement was intended to clarify that the Salafists who entered southern Lebanon from Syria are in no way committed to any understandings reached between Hezbollah Secretary-General Hassan Nasrallah’s organization and Israel.

Hezbollah has an explicit interest in maintaining the peace in Lebanon and ensuring that the border with Israel does not heat up. Salafist global jihad activists have no such internal political interests or external commitments. If the groups gathering along Israel’s northern border believe Hezbollah is a movement devoted to protecting the Jews, then who knows. We might yet see Nasrallah and the Israel Defense Forces joining forces to fight a common enemy. Given the insane rush of events occurring in the Middle East, even the most delusional absurdity could become a reality in an instant.