Iraq's Jewish community is remembered with both nostalgia and tragedy. 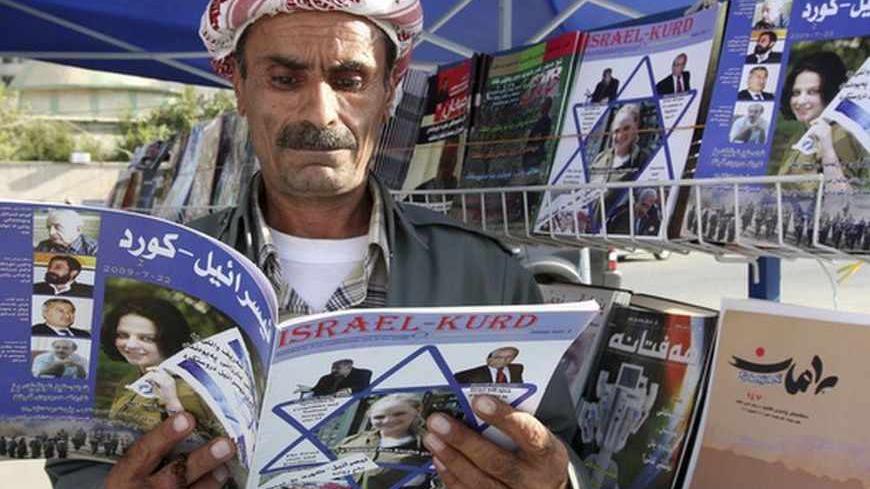 The Iraqi elite see the issue of Iraq's Jews in two ways: Nostalgia about a beautiful past, and a continuing tragedy of forced displacement which is not over yet. Although the expulsion of the Jews from Iraq was a painful tragedy of murder, persecution, theft and civil rights violations, both sides still long to see the Jews return to Iraq, something that is nearly impossible. The Jews’ exit from Iraq was a key turning point in the country’s history. It significantly changed Iraq’s composition and societal structure.

The history of the Jews in Iraq goes back more than 2,500 years. Back then, the Jews were oppressed by Assyrian King Sennacherib and Babylonian King Nebuchadnezzar. After the Persian King Cyrus freed the Jews in 539 BCE, most did not return to Jerusalem because they had grown accustomed to living in the Diaspora, in countries which had become their own for 25 centuries throughout Kurdistan, Baghdad, Basra, Hillah and even the holy Shiite city of Najaf. The Jews of Iraq left a significant impact on Mesopotamian civilization in general and on Jewish history in particular. The Old Testament and Jewish law were rewritten by Ezra and other Babylonian Jewish scholars.

The Jews coexisted in Iraq for thousands of years without conflict with other Iraqi constituencies. So the Jewish displacement in the middle of the 20th century was a shock to them and to Iraqis in general, because it happened under complex circumstances in which the pan-Arab and Zionist currents collided. Nazi ideology also affected the Iraqi arena during World War II.

The harassment of the Jews was accompanied by a series of inhumane acts that included the killing of hundreds, the injuring of thousands, the destruction of many Jewish homes and much of their property and forced displacement from Iraq through a series of laws and legal procedures that stripped them of their Iraqi nationality and confiscated their money throughout the second half of the 20th century, until almost all were gone.

Contributing to this cleansing were successive Iraqi governments from the monarchy to the Baath regime, in addition to brutal civil groups that took advantage of the political circumstances targeting the Jews to raid Jewish property and possessions in what was known as the Farhud operation.

Despite all this, the Iraqi elite remained nostalgic for Iraq’s Jews and kept them in their memory. That memory surged to the surface with the fall of the dictatorial regime in Iraq in 2003. On the other side, Iraqi Jews living in Israel and various countries yearn for their Iraqi roots, which feature prominently in their writings and public traditions.

Professor Shmuel Sami Moreh, the chair of the department of Arabic language and literature at Hebrew University, started writing a series titled “The Jews of Iraq, Memories and Abuses” on the Elaph website in 2006. The series ran for three years. Moreh’s writings triggered a wave of enthusiasm and nostalgia from the Iraqi elite. The Iraqi Masarat magazine, which specializes in Iraqi minorities, issued its 13th issue titled “The Jews of Iraq: Mass Emigration and the Impossible Return” in 2009.

Talking about the Jews of Iraq was taboo in the Iraqi press. Saad Salloum opened that issue of Masarat with an introduction about the prominent position of the Jews in Iraqi history, followed by numerous studies by Iraqi and Israeli authors on the various dimensions of the Jewish Iraqis. The Masarat issue was well received and was reprinted several times. In an interview with Al-Monitor, Saad Salloum said that despite the difficulty of returning the Jews to Iraq, they still have a significant presence in Iraqi memory through a culture that persisted over the centuries. This presence is maintained through language, memories of coexistence with their neighbors and personal records. Salloum found a very small number of Jews who still live in Iraq.

Iraqi academic researcher Haidar Saeed declared in a speech in the Iraqi parliament in 2011 that the expulsion of the Jews from Iraq was a major turning point in Iraqi identity. After the Jews’ expulsion, there were a series of expulsions of other Iraqis. Saeed demanded official recognition of the sin committed against the Jews, an apologetic feeling in the social consciousness toward them and for their rights to be reinstated.

Iraqis and Jews of Iraqi descent communicated mostly by writing from afar, but there was some in-person contact. Some Iraqi dignitaries visited Israel despite the challenges and dangers of such visits. The most famous of such visitors was a former deputy in the Iraqi parliament and head of the Iraqi Nation Party, Mithal al-Alusi. He visited Israel after he was invited to participate in anti-terrorism conferences in 2004 and 2008. But then the Iraqi parliament voted to revoke his immunity, preventing him from attending parliament or travel outside the country. Alusi was the target of several assassination attempts, the most serious of which was in 2005 when his two sons were killed. Moreh told Al-Monitor that contacts between the Jews of Iraq and Iraqi society are still ongoing through meetings in Western states and rare visits by Iraqi figures to Israel.

In April 2013, the politically influential cleric Muqtada al-Sadr declared that Iraq is for all Iraqis alike, including Jews who have already left the country. He called for embracing the Jews under the national banner even though it was too late. That declaration was well received by the media and other Iraqi elites.

In response to this invitation, the Israeli poet of Iraqi origin Ronny Somekh said, “I knew that someday, one leader will say, ‘Let us rebuild the links of communication.’ Even though my hope had no practical engine, I relied on a link that exists between Jews, Christians and Muslims.”

Other Israelis also have been making efforts to reconnect with Iraq, Jacky Hugi reported Aug. 4 in an Al-Monitor article titled “Israel’s Iraq Channel.”

On Oct. 11, the US National Archives will open an exhibit, “Discovery and Recovery: Preserving Iraqi Jewish Heritage.” The material, to be returned to Iraq next year, was found by US troops in 2003 in the bombed-out headquarters of Saddam Hussein’s secret police.

Al-Monitor asked a senior researcher at the Moshe Dayan Center, professor Ofra Bengio, whether something similar to what happened in Spain could happen in Iraq. Recently, the Spanish government granted Spanish nationality to Sephardic Jews, urging them to return 500 years after having expelled their ancestors. Bengio said that there is a big difference between the two cases because of the different political and social conditions of the two countries. She added that the Iraqi government is not ready to see the Jews return, nor are Iraqi Jews in Israel ready to do so. The two countries are still in a state of war.

Moreh added that Iraqi Jews had not taken such invitations seriously because successive generations have lived in Israel and feel that they belong to that country, and if they try to move to Iraq, they will be seen as part of a conspiracy, a fifth column. It is worth mentioning that Kazem al-Haeri, the radical Iran-backed cleric, had previously issued a religious edict calling for the killing of any Jew who tries to own land or a house in Iraq.

In such circumstances, the call to give back Jewish property in Iraq is a priority for both the Iraqi elite and the Jews of Iraq, according to Salloum, Ofra Bengio and Shmuel Moreh in their conversations with Al-Monitor. Alex Greenberg, a researcher at the Herzliya Institute for Policy and Strategy, told Al-Monitor that he would be the first person to visit Iraq if he gets the opportunity, regardless of all the ethnic, religious and political differences. There are questions and criticism from inside Israel as to why there has been no governmental welcome to the hand extended by the Iraqi elite to open a channel of communication with Israel. Iraq, given its important strategic location in the region, could be a key to the missing peace in the Middle East. This is especially true given that the Iraqi Kurdistan Region can represent the first link in forming expansive cultural and societal ties between Iraqi Jews and other Iraqis, which can develop into ties on other levels.

Finally, despite all the calamities of the past and all the difficulties standing in the way for a Jewish return to Iraq, the bridge of cultural and social communication between the Iraqis and their Jewish counterparts is increasing in breadth and depth, bringing the two parties closer together after more than half a century of no relations. Only time will tell where this convergence is heading.

by Murielle KASPRZAK and Joseph SCHMID | AFP | May 26, 2022
END_OF_DOCUMENT_TOKEN_TO_BE_REPLACED