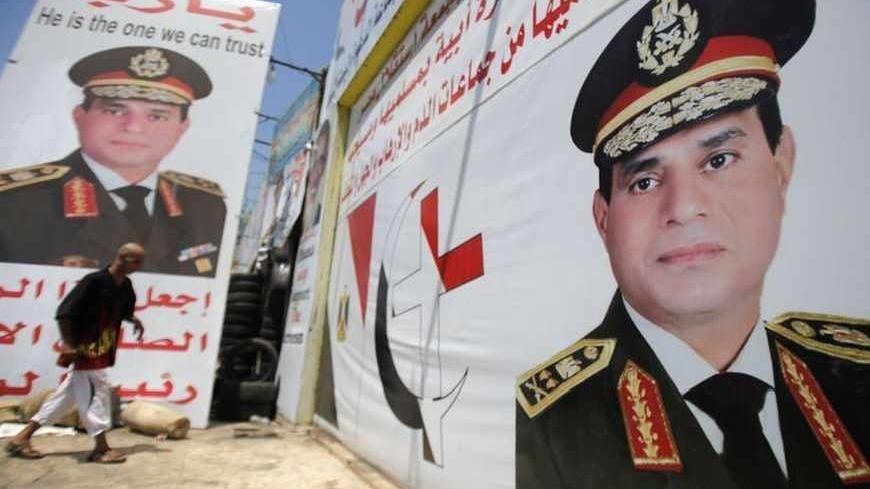 Walid Jumblatt celebrated his 64th birthday a few days ago. A larger-than-life photomontage featuring Gamal Abdel Nasser — a gift from a friend — leans against a wall in the simple, well-guarded courtyard of his Beirut villa.

Jumblatt is a man without illusions. A lifetime in Lebanese politics has hardened his view of the players — especially the Assad family regime and Hezbollah — who are today at the center of regional concern.

Nasser’s poster, however, transports Jumblatt to another, more innocent time in his life and that of the Arab world itself. He wistfully recalls “the good old days” when, as a young boy, he went door-to-door collecting a few Lebanese pounds from each family for the PLO. Nasser energized this generation of young people throughout the Arab world. Jumblatt recalls that in the company of his father, Kamal, he met Nasser three times.

There is a seamless link between these long-ago events and the present. “Nasser was not wrong when he imprisoned the Ikhwan,” Jumblatt believes, although he is prepared to acknowledge that the execution of Sayyid Qutb was perhaps an error.

Nasser himself died of a heart attack almost half century ago, broken by his humiliating loss to Israel in June 1967 and exhausted by the challenge of containing a fractured Arab consensus.

But he remains a political and cultural point of reference not only for Jumblatt, but also for millions across the region who revere him, as well as those who revile him and his memory. In the two countries where his star burned brightest — Egypt and Syria, whose leaders handed to him the keys to their country in 1958 — a new generation is battling today over the troubled legacy he bequeathed.

If the much-maligned Arab spring has a unifying theme of revolt against the military regimes born in the Nasser era, then so too does the growing reaction against it. Egypt stands on the threshold of decisions as momentous as any of those with which it has been confronted since January 2011. Its experiment in creating stable institutions capable of democratic change is being challenged in a manner which has highlighted the continuing role of the military as the strongest institutional arbiter of Egyptian affairs.

Syria will never experience the opportunity being tested in Cairo. The Syrian movement for democratic reform was stillborn. And the armed rebellion that claimed to represent it is faltering in the face of the continuing strength of the security system that is the heart of the Assad regime.

Assad has reaffirmed the one-dimensional strategy of the “iron fist” against the opposition. "I don't believe that any reasonable man believes that terrorism can be handled by means of politics,” Assad declared in a speech on Aug. 4. “Politics may play a role in dealing with terrorism before it emerges. … However, when terrorism emerges and sabotage, killing and destruction start and spread, there can be no solution when dealing with terrorism except that of striking with an iron fist."

In Egypt, the promise of the Arab Spring has been complicated by the continuing power of the deep state, while in Syria its hopes have been destroyed.

The crisis in Cairo today is forcing a reinterpretation of key elements of the Arab Spring. These characterizations link a romanticized Nasserite past with the perilous present. Nasser’s offensive against the Brotherhood, his outlawing of its activities, the imprisonment and execution of its leaders and the key role of the military as both the guardian and arbiter of the Egyptian national interest inform the choices facing Cairo under the uncertain leadership of Gen. Abdel Fattah al-Sisi today.

Sisi has condemned the Brotherhood for the absence of patriotic commitment to the Egyptian state and President Mohammad Morsi for his failure to represent the interests of all Egyptians. He has highlighted the historical role of the army as the instrument of an ill-defined popular will, and done so to legitimize both Morsi’s ouster and to give a popular mandate to a political decision to repress “terror” and to forestall civil war. “Egyptian national security was at stake and we could slip into a dark tunnel” of widespread civil strife, explained Sisi in his July 24 speech at the Naval Academy in Alexandria.

The Brotherhood for its part has a counter-narrative, parallel to the one being promoted in official and media circles but never intersecting with it.

Sisi enjoys the kind of public adulation not seen for decades in the streets of Cairo. He himself is not seen as the answer to Egypt’s escalating tribulations, at least not yet, but circumstances have a way of creating compelling comparisons no matter how tenuous. And a public thirsty for leadership often places today's events in a romantic, if misguided, attempt to duplicate an imagined past.

Popular approval, however, has proven fickle in revolutionary Egypt. The heroes of yesterday are the traitors of today, and vice versa. Those who have depended upon a public mandate, expressed either in the ballot box or in the street, have only been disappointed.

It is possible that the deep state will once again be the object of public derision, but today it is ascendant. Sisi and the military council he leads can only guess at how long he, and they, will retain public favor. Some are already suggesting that Sisi may suffer the same fate as others who have attempted to lead it. His best day may well have been the day the Egyptian public, in response to his order, offered a broad, if ill-defined, mandate for action against the Brotherhood.

As Sisi himself acknowledged, “These people are waiting for me to do something.” In such a situation, doing nothing is simply not an option. The trouble is, doing “something” is hardly more appealing. In this case, the past — whether the one imagined by the Brotherhood or its opponents — offers little hint as to how Egypt’s future will unfold.