Conspiracy theories are becoming an industry in Turkey. 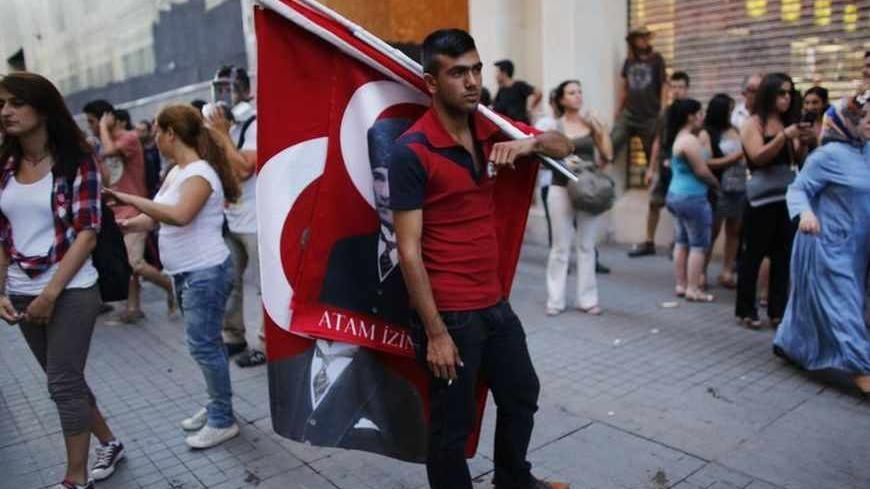 It’s been a tense summer in Turkey this year. In June, the world’s eyes were on Istanbul’s Taksim Square, watching the protests sparked by anger toward the leadership of Prime Minister Recep Tayyip Erdogan. Rumors that a new shopping mall would be constructed on the few remaining centrally located parks in Turkey’s biggest city set in motion an unforeseeable chain of events.

The polarization in the aftermath of the protests is even more disturbing for the country’s well-being. Part of this hullabaloo has been a series of government-created conspiracy theories that seek to explain the Gezi Park turmoil. Acronyms like the CIA, CNN and BBC are heavily tossed around, as are theories of the “bad guys” represented by entities like Lufthansa, Twitter and the “interest rate lobby.” Each supposedly has a specific strategy to harm Turkey and stir unrest against the government that was executed through the Gezi protests.

But why has the government resorted to conspiracy theories rather than giving an ear to the protesters?

Many Turkish journalists have asked the same question. Suat Kiniklioglu wrote in Today's Zaman that the Gezi events reflect the government’s incapacity to “come to grips with the widespread middle-class phenomenon and associated criticism over the handling of the protests.” Kiniklioglu condemned the government’s choice to re-awaken paranoia and xenophobia “instead of confronting the facts emanating from the Gezi Park protests and deal with them in a responsible manner.”

The late senior journalist Mehmet Ali Birand had complained about the same problem in his Hurriyet Daily article titled “Fed Up With Conspiracy Theories.” He wrote: “As you can understand, anything unresolved in the past is assigned to the deep state. When there are no concrete data, people tend to believe these ‘unknown powers’ more. Then the issues become even more inextricable.”

Renowned journalist Sami Kohen explained in the Somaliland Sun, “It has almost become a habit in Turkey to look for a ‘foreign or external power’ behind any negative incident.” As a recent example, he cited the attack on the Turkish Embassy in Somalia carried out by the al-Qaeda-linked al-Shabab. Several journalists in Turkey immediately accused al-Shabab of being a "subcontractor" or "tool" of foreign powers. Others added that the rise of anti-Western feelings make Turkey excellent ground for conspiratorial thinking.

Not surprisingly, this political culture makes the country very vulnerable to what Robert Goldberg, a professor at the University of Utah, called “conspiracy entrepreneurs,” in an interview with Salon. Yigit Bulut, Prime Minister Erdogan’s new chief adviser, fits the description. Asli Tunc, a professor in Istanbul, described to National Turk that Bulut's “main argument is always the ‘evil world powers,’ who attempted to destroy the AKP [Justice and Development Party] government.” There seems to be an abundance of such "entrepreneurs" in Turkey these days.

Conspiracy theories are not limited to Turkey. They're a global phenomenon. According to a new Fairleigh Dickinson University poll, 63% of registered voters in the United States believe at least one political conspiracy theory. Moreover, conspiracy theories have flourished all over Europe due to the difficulties faced by the European Union. In a more extreme case, the entire EU project is presented as “a conspiracy to deprive nation states of their primacy and their people of their power.”

A recent study proposes that conspiracy addiction is characterized by “an ideological lens through which we view the world,” rather than just a belief in an individual theory. Other research suggests that no particular political ideology impacts one's propensity toward conspiracy theories. No wonder both Turkish secular nationalists — which accused Erdogan a decade ago of being an "American puppet" — and religious conservatives are capable of creating conspiracies suitable for propaganda needs at the given moment.

Many observers share Lebanese journalist Sami Nader’s view: “It’s quite surprising for a ruling party, one characterized by its rationality, to overlook key structural problems afflicting Turkish society and its economy, and to use shady accusations to evade necessary reforms or rectify mistakes in the government’s performance.”

It remains to be seen how the historical circumstances and social context will determine the Turkish government’s actions in the upcoming months. Still, it is crucial that we seek new ways to nourish societal harmony rather than through dismissal and mutual blame.

Even more difficult remains the task of educating Turkey's younger generations to abandon a firmly implanted culture of conspiratorial thinking. Ultimately, it is simply necessary to create a culture in which demands for argumentation are seen as democratic rights, rather than unpatriotic acts of treason. The leaders must initiate this sort of colossal cultural change and lead by example for the sake of future. Sadly, besides President Abdullah Gul, no political leader in today’s Turkey seems willing to lead society toward a reasoned discourse.