Turkish culture and society would benefit from a shift from schadenfreude to ubuntu. 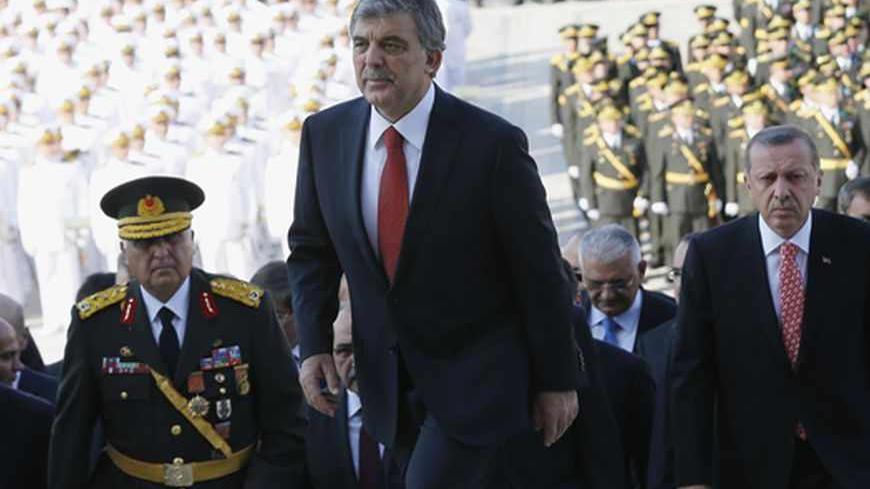 No, you are not confused, the title of this article is not a secret code that only Tom Cruise can decipher in a "Mission Impossible" movie to save Turkey, let alone the world. Still, these possibly unfamiliar terms represent very important concepts related to Turkey's political culture. Whereas the first one is excessively present, the latter is painfully lacking.

Official explanation of the German word schadenfreude in English is “pleasure derived by someone from another person’s misfortune.” Basically, when a person or a particular group make a mistake, the opponents gloat with glory if they are the beneficiary.

On the one hand, this is a universal phenomenon. In life and politics everywhere, self-interest as a drive is primal, and it is “natural.” Moreover, in areas of more obvious intergroup competition — such as sports or politics — there is a greater chance for excessive schadenfreude, which could be dangerous, leading to willingness to harm a rival fan or group.

In Turkey, however, political culture could be defined as schadenfreude-on-steroids. Cooperation between major decision-makers feels like exorbitant luxury. Furthermore, group identification and solidarity are essential determinants of one’s being, as perfectly portrayed by the proverb “Who escapes from the herd is carried off by wolves.” This sort of strong attachment to groups in Turkey makes schadenfreude widespread and worrisome.

What makes matters even worse is the lack of empathy in Turkish society. Yet, this translates to more potential gain in politics through consolidation of the voting base for politicians. It is no surprise that recent studies confirm a lack of tolerance to the “other,” from both the elite Kemalist youth and the pious population. As renowned anthropologist Jenny White notes, “Some of this homogeneity derives from education and socialization in the nationalist trope of "the enemy within and the enemy without." Famous novelist Elif Shafak also observed, “Don't know if there is any difference between a conservative who has no tolerance for diversity, and an anti-conservative who has no tolerance for diversity.” (Maybe the Gezi Park events contributed to new forms of empathy in the streets. It remains to be seen.)

So, even if democracy is currently intact, the question on Turkey’s grand aspirations remains: How far can it go with this political culture, and avoid becoming an illiberal democracy? In the words of Suat Kiniklioglu, former politician and political commentator, “It is tough to be a liberal democrat these days,” and, “It remains to be seen if and when a viable liberal alternative can emerge.”

In the meantime, the alienation of the “other” remains a mighty tool that all political parties in Turkey slyly manipulate for power. As journalist Gokhan Bacik explains, Turkey is a divided society lacking a social contract that could unite different groups. He cites elections and lethal political clashes as “only two mechanisms to deploy against social problems.”

No wonder, for the upcoming election year, polarizing voters seems to be the strategy that parties opt for winning the race. The leadership of the ruling Justice and Development Party (AKP), as self-declared harbingers of democracy, publicly encourages strengthening of the weak opposition. Yet, they celebrate the opposition’s failures and relish titles such as “Turkey’s Main Opposition Party No Threat to Erdogan.” It is anguishing, though, that the prime minister does not seem to alleviate his tone while continuously slamming his opponents, whether they be politicians or voters of opposition.

On the other hand, due to a lack of creativity and incapacity to produce credible alternatives for capturing wide masses, the main opposition party, the Republican People's Party (CHP), chooses to just blast the ruling party, all under the pretext of its victimhood and the AKP’s oppression. Examples of major disagreements include the government’s stance on war in Syria, the verdict in the Ergenekon case or the CHP’s self-willed sending of envoys to Iraq, whose ties with Turkey have deteriorated.

Then there is the Nationalist Movement Party (MHP) — small but vocal as ever — again bashing any of the ruling party’s moves. They have even condemned the peace process with the Kurdish rebels, one that should gather the greatest support from all political actors. As commendable as the goal of settling peace is, the political playground in Turkey is such that ideological identification with group values overshadows a greater common good. Political schadenfreude is alive and well in Turkey, but the consequences are serious.

Mastering the ever-evolving Turkish identity has always been a delicate issue. Yet, in lieu of promoting compassion and subduing numerous inflaming paranoia of the past, all political leaders contributed to the opposite trends. According to White, because differences between groups are actually disappearing in practice, the identification and demonization of the “other” remains the familiar coping mechanism for fear of losing or letting go of the values that are taught to form Turkish identity.

Only with a stronger sense of citizenship can traditions start to change for the better. The current AKP government should stop humiliating political opponents, and rather seek consensus to continue with constitutional reform. On the other hand, if the CHP praises itself as the defender of Mustafa Kemal Ataturk’s “peace at home and abroad,” then its members should actually apply it by, for example, not rejecting to attend presidential receptions because first lady Hayrunnisa Gul wears a headscarf. Now that even top military officials attend with their wives, CHP’s choices on this matter are shameful. It is time that the main opposition party leaves ultra-secularist understanding behind and stops boycotting opportunities for a joint celebration of Turkey’s history.

The political scene in Turkey seems like a public arena for gladiatorial combat, but my hope is that rather than relying on political schadenfreude, all Turkey’s decision-makers immediately switch course to ubuntu diplomacy instead. Ubuntu is an old South African concept roughly translating to “human kindness,” and popularized as a worldview starting in the 1950s. In the 1990s in South Africa, ubuntu was used as a guiding ideal for the transition from apartheid to majority rule. Turkish leaders should ponder the epilogue of the interim constitution of South Africa, which states: "There is a need for understanding but not for vengeance, a need for reparation but not for retaliation, a need for ubuntu but not for victimization."

If the leaders do not turn the current dialogue deficit into a constructive conversation and consensus between opposing groups — which presently feels like a mirage — Turkey will stagnate and even retrogress. Conspiracy theories might help to conceal reality in the short term, but the country will suffer disastrous consequences in the long run. So, while taking Turkey from schadenfreude to ubuntu thinking might presently look like "Mission Impossible," it is pivotal, and with the right leadership even achievable.