In Iraq's highly polarized sectarian climate, al-Qaeda has presented itself as the "defender of the Sunnis" to increase its support and influence. 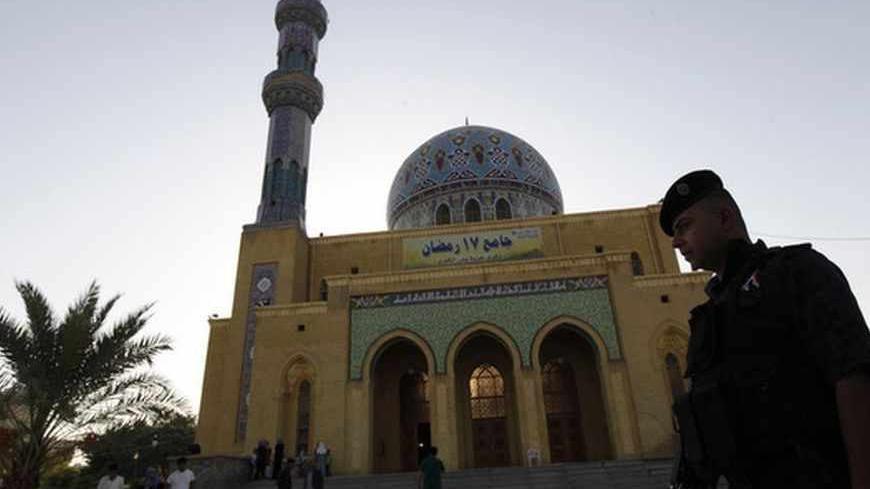 The current political and psychological environment in Iraq seems favorable for the return of al-Qaeda, as was demonstrated in Abu Ghraib jailbreak on July 22 and the weighty operations that followed. The latter targeted Shiite civilians by means of car bombs, al-Qaeda’s preferred tactic. These days, al-Qaeda is charting a new course of action that adapts to internal and regional changes. Its new name — the Islamic State of Iraq and Syria (ISIS) — clearly expresses the organization’s ideological inclinations and political aspirations.

During the past period of conflict with US forces, al-Qaeda faced significant challenges in establishing itself in Iraq. It was forced to enter into theoretical, doctrinal and political discussions similar to those held between the former leader of the organization, Abu Musab al-Zarqawi, and his former mentor Abu Muhammad al-Maqdisi and the current international leader of al-Qaeda, Ayman al-Zawahri. Zawahri and Maqdisi both objected to al-Qaeda’s excessive attacks on civilians and its focus on targeting Shiites.

The most prominent objections, however, came from the Iraqi Sunni community itself. While some Sunni organizations — such as the Islamic Army in Iraq, the 20th Revolution Brigades and the Islamic Front for the Iraqi Resistance — adopted the concept of resisting the occupation, they objected to sectarian targeting and the killing of civilians. Additionally, many members of these Sunni organizations have joined various formations of the Sahwa Forces, which fought al-Qaeda.This was part of a broader operation to cause the Iraqi Sunni community to drift away from the transnational goals of the jihadist-Salafist ideology of al-Qaeda. Furthermore, some groups that espouse Salafist ideology have denounced the practices and stance of al-Qaeda and went to great lengths to support the government of Iraqi Prime Minister Nouri al-Maliki. Among these groups was the Fatwa Committee, headed by Sheikh Mahdi al-Samidi.

Today, al-Qaeda’s return should be understood in the context of both regional and internal changes. The Syrian conflict has created an environment suitable for the activities of radical groups fighting against the regime of President Bashar al-Assad. ISIS took advantage of these circumstances to take part in the conflict and invested in the sectarian instigation that ensued in the region. Contrary to previous announcements by al-Qaeda and its factions, it seems that the organization no longer views its conflict with the Shiites as secondary, but rather as a central part of its ideology. This was evident in the al-Qaeda statement in which it announced its responsibility for the targeting of Shiite civilians during Eid al-Fitr in Baghdad and other cities. The organization considered the attacks retaliation against the “arrests Sunnis are subject to,” and a message conveyed to the Shiites that “they will pay a high price for all they did.”

The organization is relying on this environment to bolster its power, taking on the role of the defender of Sunnis in Iraq and Syria. In this sense, it has to engage in two main conflicts: the armed struggle against the Iraqi and Syrian governments and the competing armed groups, and an ideological fight carried out within Sunni societies over the definition of Sunni identity. Al-Qaeda argues that Sunnis are one nation. Therefore, it does not acknowledge the national or ethnic borders separating the Sunni Muslims. In fact, there are many Sunni figures and Salafist groups that adopt a similar conviction, expressed through calls of support for the Sunnis in Iraq, Syria and other countries. Yet, the organization seeks to promote this ideology through violence and takes advantage of the regional Salafist movement — whose sectarian inclinations have been further consolidated in regional conflicts — to legitimize its acts and introduce itself as a Sunni military wing.

The proper environment for al-Qaeda’s activity is one in which feelings of persecution and victimization are high among Sunnis. The majority of movements that rely on religious, ethnic and sectarian speeches benefit from social grievances against the political status quo, and try to reformulate these complaints within a broader narrative that revolves around collective identity.

Some other Iraqi Shiite Islamist groups have emerged in the same way. Thus, al-Qaeda took advantage of Sunni social complaints, expressed through protests that started in December 2012. Recently, there was an intensification of radical speech by Sunni clerics, addressing gatherings of protesters. These speakers reiterated the religious dimension of the conflict and frequently used religious symbolism and narratives that stress the Sunni-Shiite disparity. The role of the Sahwa forces as a military force deterring al-Qaeda has diminished, while sectarian polarization and firey speeches grew among many Sunni circles. This came as a result of the complaints leveled against the policies of the Iraqi government, in addition to a collective resentment over the arrest campaigns carried out against Sunnis. These are all important factors that contributed to an environment that permits the return, galvanization and mobilization of al-Qaeda.

Nevertheless, a major challenge the organization is facing is its failure to convince the majority of Sunni Muslims of its cause. Many Sunnis are still reluctant to accept its sectarian categorization or to subscribe to the Salafist-jihadist concept of Sunni identity. Tribal and zonal divisions and national feelings are another factor of resistance. With the radicalization of speech and protests, some Sunni politicians have started to distance themselves. Deputy Prime Minister Saleh al-Mutlaq said on Aug. 10 that the anti-Maliki protests have a sectarian aspect which renders them weak and repulses the Shiites.

What is more important is that al-Qaeda is worried about any political settlement that might placate social concerns and allow the development of more inclusive mechanisms for government, the only way to isolate the organization from Sunni society and undermine its ideological appeal. Solutions that pacify religious tension create an environment that does not suit al-Qaeda’s activities. The current conditions — including the regional and internal sectarian polarization and the failure of the political elite to develop appropriate policies to deal with them — however, suggest that the organization has found a perfect environment, unavailable years ago, to retake the initiative.