Gay in the Turkish Army

One gay man's experience with the Turkish military highlights anew the need for legal protections for the rights of LGBT individuals in Turkey. 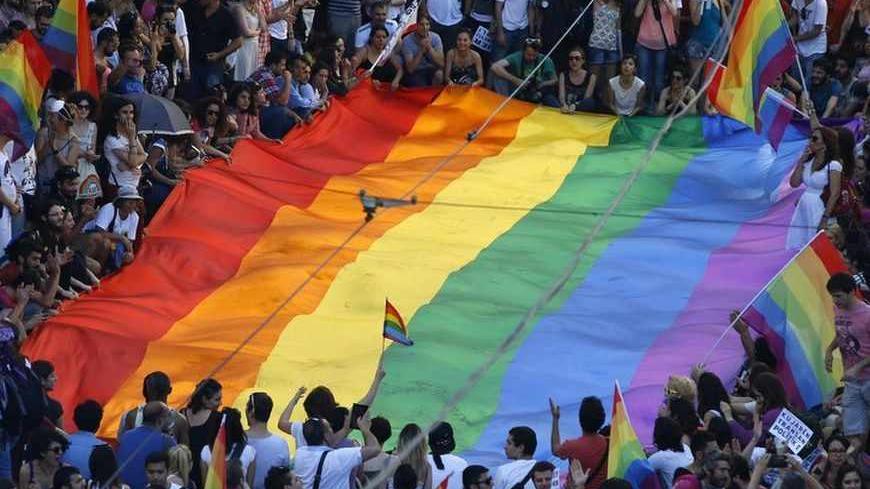 Anyone visiting Istanbul’s Taksim Square on June 30 might have been misled into thinking that homosexuals enjoy great freedoms in Turkey. On that day, tens of thousands of lesbian, gay, bisexual and transgender (LGBT) individuals poured into the area from all corners of Turkey, forming a human sea for a pride march. Waving colorful banners, beating drums and chanting slogans, the exuberant crowd was, in fact, painting a pretty deceptive picture of the status of homosexuals in the country.

In Turkey, homosexuals are sometimes the victims of “honor killings” and face severe discrimination in their social and work lives. The treatment they endure betrays a massive social hypocrisy and deep-rooted homophobia. For instance, in Turkey’s entertainment sector, many homosexuals and transgender people enjoy huge popularity, but these same people would find it virtually impossible to get a job at any average workplace. That is, Turkish society is happy to see homosexuals as singers in nightclubs or as actors on TV, but has no tolerance for them in daily life.

The ambivalent treatment of homosexuals is not limited to social life, but extends also to the country's institutions. The Turkish military, for instance, subjects homosexuals to unequivocal discrimination.

The Turkish military is the only member of NATO that regards homosexuality as a psychological disorder. It is impossible for a homosexual to become an army officer, and if he or she somehow managed to, homosexuality would nonethless be grounds for expulsion. When it comes to compulsory military service, conscripts who can prove their “situation” are issued certificates indicating that they are “unfit for military service” and exempt from the draft.

As lawmakers in Turkey debate how homosexual rights will figure in the new constitution, the bilingual Turkish-Armenian Agos on Aug. 19 published the story of a homosexual man who went to do his compulsory military service after failing to obtain an exemption. The story of the soldier, identified only as U.G., aptly demonstrates the climate homosexuals faces in the military and how their lives can be turned into a hell.

According to Agos, U.G. reveals he is a homosexual when he is called up to be drafted. The doctors who perform the “tests” on U.G. are not satisfied with the results and report that he is “fit for military service.” U.G. is then assigned to a military garrison in Erzincan, in eastern Turkey. It is best to convey from Agos what happened next:

The news reaches the garrison before the soldier has even made it to Erzincan. He goes to another military doctor. Despite being aware of the soldier’s situation, the doctor does not shy away from psychological harassment and asks him what kind of an illness he has. “I have no illness. I’m a homosexual. I shouldn’t be here,” U.G. says. The reply of the colonel-doctor reflects a deep-rooted mentality: “So, what’s wrong then? You’ve landed in a paradise here!”

U.G. is conscripted against his will, yet they do not want him to be around. They find it objectionable for him to sleep in the barracks, so they place him in a hospital. But for how long? A week later, he is sent back to the garrison. Instantly, he is appointed as a clerk so he is not seen too much. An endless routine of daily abuse — both verbal and physical — begins. His comrades in arms fight each other to stand behind him or close to him at the canteen line! When he goes to the garrison shop, he is shunned if other soldiers are around. But if he is there alone, advances are commonplace: “Come in, I’ll give you anything you like.”

A specialized sergeant makes amicable gestures. Every day, he brings U.G. newspapers, inquires after his well-being, and pats him on the back. U.G. thinks he has finally found someone who understands him. But then, after he has completed his military service, he gets a phone call from the sergeant: “I’ve been relocated to Edirne. It’s about time we meet.” He manages to get through boot camp without dropping any hints about his plight to family members who pay frequent visits. He makes his mother happy at the oath of enlistment ceremony and is then dispatched to a skilled unit in Cyprus for the remainder of his military service.

He keeps in mind the name of someone who, the “helpful’ sergeant said, is “the sole person [who can] resolve your situation.” He wants to go to that person in Cyprus, but that’s not easy since the man is a “pasha” [general]. After much trying, he finally gets access. But the “considerate” pasha “can’t allow anything like that” in his garrison and U.G. is hastily dispatched to Ankara. The military refuses to pay for his travel expenses, so he spends his last money on a cheap plane ticket. At the military hospital in Ankara, he spends a week with soldiers suffering from various illnesses. Then, without even appearing before the medical board, he is asked to sign the papers that grant him his freedom. His plight, however, is far from over.

To get around his family, he tinkers with the medical report. With the help of friends, masters of Photoshop, the “psycho-sexual disorder” becomes “ulcer.” The family, however, is alarmed: “Who in the world gets discharged for an ulcer!” They come to believe their son has cancer and is trying to hide it. To convince them, U.G. goes from doctor to doctor. One of them finally persuades the family that “stress-related stomach disorders are commonplace among conscripts” and the “cancer” idea is put to rest.

Agos reporter Ulas Gurpinar ends his article with this note: “Even though U.G.’s story belongs to a recent time, his mind tends to erase a lot. During the interview, he had difficulty recounting the process and recollecting dates, events, people and places. Despite all he has been through, he still says he ‘got off cheap.’”

U.G.’s story about the military is just a small episode in the arduous existence of homosexuals in Turkey. In every realm of life, they are openly ostracized. Despite such discrimination, however, Turkish law contains no provision to protect individuals on the basis of sexual orientation.

LGBT groups have expended a great deal of effort to have “sexual orientation” included in the constitution and other law as a protected status for which discrimination is prohibited. They thus far have failed to achieve any concrete results. Perhaps more extensive media coverage of their plight, like the story of U.G., will help lawmakers realize that discrimination on the basis of sexual orientation is a grave breach of human rights.