Turks who identify with the LGBT community face discrimination in every aspect of their lives and have no legal protection at all, but increasing awareness from the public and support mainly from the opposition parties brings hope. 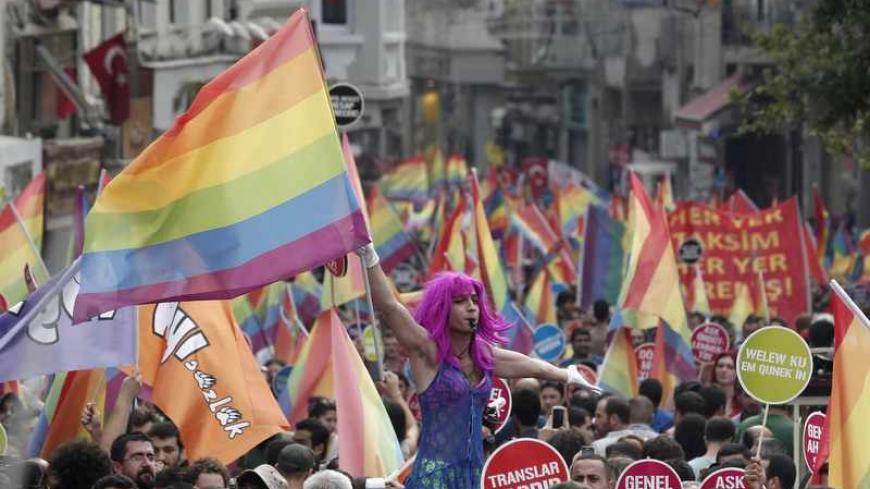 This week, the Turkish Parliamentary Human Rights Research Commission’s Prisons Subcommittee released its report on three prisons in the southern province of Antalya.

The inhumane conditions faced by prisoners which the report reveals are depressing. The report says gay and transsexual inmates live in the same cells, suffer because of their sexual identities and that their ward is the only area without security cameras. The last point leaves them completely unprotected and vulnerable to anything imaginable.

Rights of the lesbian, gay, bisexual and transgender (LGBT) remain a sensitive and relatively untouched topic in Turkey, as members of the LGBT community routinely suffer abuses such as discrimination, harassment, mobbing and stigmatization. Unlike in other Muslim countries, same-sex relationships have never been criminalized in Turkey, where prostitution and sex change operations are legal. Still, both the legal and sociocultural frameworks degrade LGBT rights. Although the governing Islamist-rooted Justice and Development Party (AKP) has enacted a wide series of human rights reforms, it continues to turn a blind eye to homosexuals.

On May 29, the Turkish parliament tackled for the first time discrimination faced by the LGBT community, a sensitive issue long ignored by politicians. The main opposition party, the Republican People’s Party (CHP), submitted a proposal regarding LGBT rights that was signed by 59 deputies. Despite strong support from the Peace and Democracy Party (BDP) and only abstention from the Nationalist Movement Party (MHP), the motion was rejected by AKP votes. Defending the party’s position, AKP member Turkan Dagoglu cited scientific articles on homosexuality published in the United States in 1974. She read the clause saying that homosexuality is an abnormality and that same-sex marriages should not be allowed, since it would cause social decay. This echoed the statements of former Women and Family Affairs Minister Aliye Kavaf, who three years ago described homosexuality as a disease, sparking huge criticism in Turkey.

In favor of the motion was CHP member Binnaz Toprak — a recent winner of the “Outspoken Award” from the International Gay and Lesbian Human Rights Commission in the United States — who said, "In the 1970s, US scientists suggested that black people were not as smart as white people. Today, science does not accept the findings of those times."

Yet, the AKP opposed the proposal, arguing that this enactment would encourage “behavior that people do not approve of.” And the file was closed.

On Aug. 12, the Constitutional Reconciliation Commission, which is assigned to draft a new constitution and is composed of four major parliamentary parties, agreed to provide constitutional protection against LGBT discrimination. Parliamentary debates were once again heated as one AKP deputy accused the signatory members of “defending immorality.” The draft, backed by the CHP and the BDP, was declined by the AKP. And the file was closed again.

Hence today, no laws exist in Turkey that protect the LGBT community from discrimination in any aspect of life. As the report of the EU Commission on Enlargement stated in October 2009, “Provisions of the Turkish Criminal Code on 'public exhibitionism' and 'offences against public morality' are sometimes used to discriminate against LGBT people. The Law on Misdemeanors is often used to impose fines against transgender persons.”

Military law also openly discriminates against sexual identity by defining homosexuality as a "psychosexual" illness. In Turkey, where compulsory military service applies to all male Turkish citizens between the ages of 18 and 41, passive homosexuals are barred from serving in the military. Furthermore, the law withholds their objection to military service, violating Turkey’s obligations under the European Convention on Human Rights. Objectors are forced to “prove” their homosexuality in examinations defined by Human Rights Watch as "humiliating and degrading."

The sociocultural landscape is at the root cause of this picture. Homosexuality is still widely a taboo subject in Turkey, and the culture of "honor killings” — the murder of family members, usually females, who engage in “inappropriate” sexual or moral behavior — often targets the LGBT community. According to Ebru Kiranci, an official from the LGBT Association, 36 transgendered people were killed in Turkey between 2008 and 2012. A man is currently on trial in the southeastern province of Diyarbakir after confessing to have killed his 17-year-old son in May for being gay, before dumping his body outside a hospital. His mother, who denied the murder was due to her son’s sexual orientation, said during her testimony, “If he were a homosexual, I would have killed him with my own hands.” Another incident, in which a homosexual football referee was banned in 2009 from officiating football matches because of his sexual identity, speaks for itself.

Still, we do not have any reason to be hopeless. Turkey has become the first Muslim-majority country in which a gay pride march was held. In Istanbul since 2003 and in Ankara since 2008, gay marches are being held each year with increasing participation. In 2003, the gay pride march in Istanbul included only 30 people, whereas the June 2013 parade attracted almost 100,000 people. The marchers were also joined by Gezi Park protesters, making 2013 Istanbul Pride the biggest pride event ever held in Turkey. CHP and BDP politicians were also present at this march, which helped to raise extensive public awareness. And quite recently, a gay activist, Can Cavusoglu, declared that he will run for mayor of a town on the Black Sea coast in the March 2014 local elections, in a bid to become the first-ever openly homosexual mayor in the country.

There is hope on the government front, too. On Sept. 21, 2011, Minister of Family and Social Policy Fatma Sahin met with the LGBT organization Pink Life, promising strong support for their rights. She said, “If freedom and equality is for everybody, then sexual discrimination should be eliminated and the rights of LGBT citizens should be recognized.” This minister-level support is backed by Prime Minister Recep Tayyip Erdogan’s past statements. In 2002, he famously called for legal protection for LGBT citizens.

Harvey Bernard Milk, the first openly gay US politician, once said, “I know that you cannot live on hope alone, but without it, life is not worth living. And you ... gotta give them hope.”

It is the government’s obligation to give the LGBT community hope and make their lives worth living.