LGBT organizations strongly oppose a prison being built for LGBT inmates, who often end up in solitary confinement for reasons of security, which is illegal. 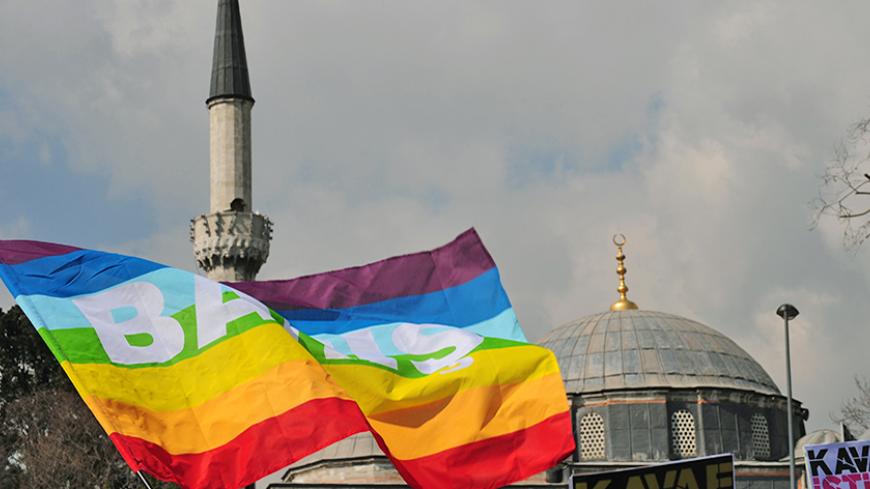 Rosida Koyuncu, 26, is an ex-convict and a homosexual. During 21 months in jail, he was mistreated by prison staff and attacked by fellow inmates. To escape the abuse, he spent five months in solitary confinement, just like dozens of other lesbian, gay, bisexual and transgender (LGBT) inmates in Turkish prisons. LGBT individuals often end up in solitary confinement after being issued medical reports diagnosing them as sick or when facing the threat of violence and sexual harassment.

According to the Justice Ministry, 79 LGBT individuals are currently imprisoned. The actual number, however, is likely higher, as the ministry figure is believed to include only acknowledged, man-to-woman transsexuals, and many homosexuals conceal their sexual orientation. Turkey only provides separate wards for transsexuals in facilities in Istanbul, Ankara and Corum. In other places, transsexuals who have obtained a (pink) female national ID card are put in women’s wards, while those who have (blue) male ID cards are housed in men’s wards. Homosexuals are assigned to wards according to their gender.

In Turkey, LGBT individuals are subjected to various forms of discrimination in prison, just as they are in the broader society. Koyuncu, who was incarcerated two years ago in a prison in northwest Turkey on charges of belonging to the outlawed Kurdistan Workers Party (PKK), experienced a series of hardships. He recounted them to Al-Monitor:

When I first went to prison, I didn’t reveal my sexual orientation. But the prison administration soon found out I was a homosexual after a quick investigation showed that I had participated in LGBT demonstrations. They wanted to send me for a general medical checkup. I resisted, because the checkup involves an anal examination. Then they forced me to go to a psychiatrist, because in their view, homosexuality is a disease, and I had to have a medical report for it. The report would have allowed them to put me in solitary confinement, but the psychiatrist refused to issue the report.

My fellow inmates knew of my sexual orientation, but had no objections. Yet, soon the prison administration moved me to another ward. They put me together with an elderly imam, who treated me with respect. Then I was moved again, to another ward. The inmates there knew my sexual orientation and began to ostracize and insult me for trivial reasons. Eventually one of them attacked me and beat me up. I was subjected to harsh insults and swearing. I couldn't take it any longer and was forced to accept the solitary confinement the prison administration had wanted to impose on me from the very beginning. I spent five months in solitary.

During my stint in jail, I was also [sexually] harassed by prison guards who knew I was a homosexual. They would touch my genitals during searches, for instance. They did it either to harass me or they were secret homosexuals themselves. I don’t know.

I’ve been released but I remain on trial. I will probably go back to jail after the next hearing, on Jan. 23. And because I have no other choice, I’ll be back in solitary confinement.

Turkish law views solitary confinement as being for inmates who have been sentenced to life, diagnosed with contagious diseases or sanctioned as a disciplinary matter. Hence, the dozens of LGBT inmates in solitary confinement today are being kept there in contravention of the law. Prison authorities argue that they only resort to this measure to protect LGBT prisoners from abuse and attacks, but LGBT individuals see the practice as just another form of discrimination.

The Strasbourg-based European Court of Human Rights (ECHR) has dismissed the prison authorities’ argument that solitary confinement is intended for the protection of homosexual inmates. In a case filed by a Turkish homosexual, who claimed his eight-month stint in solitary confinement was an affront to his dignity, the court ruled in 2012 that the measure stemmed not from a protective intention, but the inmate’s sexual orientation and thus constituted discrimination.

The ECHR judgment prompted the Justice Ministry to reconsider the problems of LGBT inmates, resulting in a decision to build a prison just for LGBT individuals. Construction has already begun in the western city of Izmir, and the facility is expected to become operational in two years. Starting in 2017, all Turkish LGBT inmates are to be housed there.

LGBT individuals do not believe the new prison will resolve any problems. Koyuncu told Al-Monitor, “If I am allowed to have a choice, I would no doubt prefer a special prison to solitary confinement. The real solution, however, lies in improving prison conditions. What the Justice Ministry basically does is offer the lesser of two evils. In my opinion, special wards should exist for LGBT individuals in all prisons.”

LGBT groups are strongly opposed to the Izmir prison, popularly labeled as a "pink prison." On Jan. 6, 18 associations issued a joint statement against the plan, stressing that it would further compound discrimination. With a special prison, the statement said, LGBT individuals would be openly stigmatized, their sexual orientation would be declared to their families and social circles and many people wanting to visit them would have to travel great distances.

The objections are not without justification. Given that LGBT individuals commonly conceal their sexual orientation from their families and communities, inmates known to have been sent to the Izmir prison will face trouble finding jobs and living their lives after their release.

The Justice Ministry could alternatively consider the objections of LGBT organizations and move to upgrade all prisons with special LGBT wards, penalize harassment and violence against LGBT individuals by inmates and prison staff alike and immediately end the practice of “protective” solitary confinement. To the LGBT community, spending the money in the new prison's budget for a special hospital or a school would be much better.