The Turkish army has amended the rules of pre-draft medical examinations, ending some practices that humiliated homosexual men and drew harsh criticism. 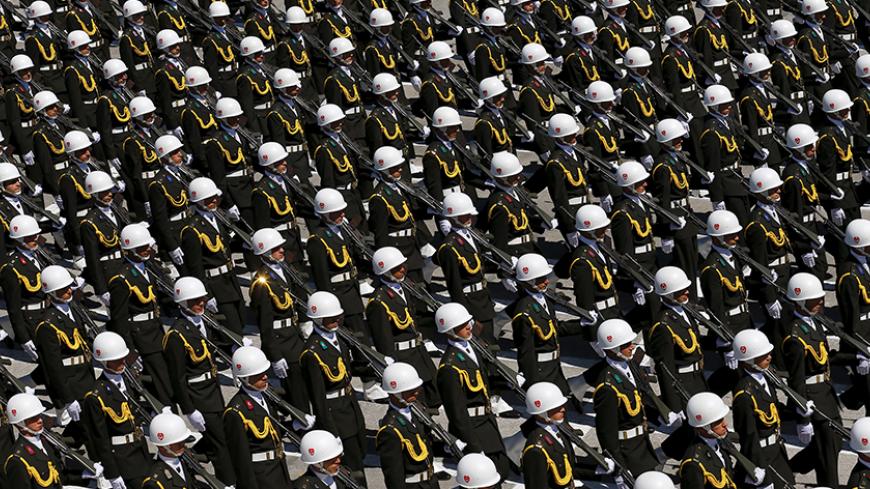 Turkey makes it difficult for potential conscriptees to avoid the draft, generally making exceptions only for those who are sick, disabled or homosexual. To receive an exemption based on their sexuality, men must publicly declare they are gay — a declaration that ensures discrimination will follow them for the rest of their lives. It's either that, or they must successfully hide their gay identity for a year.

As if that isn't bad enough, until last week, to receive the exemption men also had to prove their homosexuality by undergoing nude examinations and submitting photos of themselves engaged in homosexual intercourse.

Last week, however, the military silently amended the most controversial provisions in the regulation. Doctors will now merely observe the behaviors homosexuals display and the verbal declarations they make. In other words, a homosexual can choose to disclose or not to disclose his identity. If he does, this declaration will constitute the sole basis for the doctor's decision.

The change represents a major step toward aligning Turkey's military with the norms for basic human rights. This overhaul in the pre-draft medical examination is a revolution on the part of the Turkish military. Allowing homosexual men to voluntarily disclose or conceal their identities amounts to a shift to a “Don’t ask, don’t tell” policy.

In the past, Turkey's 12-month compulsory draft has been a dreaded experience for homosexuals.

“Being gay in Turkey is difficult, but for a gay of draft age, these difficulties become a hell,” Ahmet K., a 27-year-old homosexual Turk, told Al-Monitor in Istanbul. Ahmet, who completed his military service last year, said, “To start with, the medical examination [to determine fitness] for military service is perhaps the first challenge in your life that forces you to make a choice between your gay identity and social realities. In that examination, we can get an ‘unfit report,’ which we call the ‘pink certificate.’ But getting this report means that you disclose and document your gay identity. And in your life afterward, this means social exclusion, loss of job opportunities, no chance of becoming a public employee, increasing snubs and pressure from your social environment or, in short, you ruin your life.”

Ahmet lamented that things are no easier for those who wish to get the “fit report” and do their military service. “To conceal your gay identity, you have to bargain with the doctors because their ‘fit report’ is the way to a 'problem-free' military service. Then, for 12 months, you still have to conceal your gay identity to complete your military service without problems,” he said. “That’s how you prove your manhood to society and your social environment, and become a young man entitled to marriage, job opportunities and so on.”

Indeed, military service is arguably the biggest test in the life of a homosexual in Turkey. In newspaper interviews in August 2014, another homosexual, Kaan Anter (a pseudonym), underlined that for some gays, braving the “unfit report” is out of the question. “Some may be planning to work in public service, or may not wish to disclose they are gay. They simply can’t afford it, which confronts them with a big dilemma. They have to go into the army, but feel scared,” Anter said.

In 2011, a soccer referee made headlines when he was forced to quit his job after disclosing his homosexuality in a pre-draft medical examination. The referee’s lawyer, Firat Soyler, argued the main problem stemmed from the Turkish military’s classification of homosexuality as “a psychosexual disorder.”

“People face very serious difficulties in their working lives afterward,” Soyler said. “My client’s case is a glaring example. He is now unable to work, not as a referee or as a radio programmer, a job he has done for 16 years. He has been socially excluded.”

The regulation was amended once in 2013 to soften the definition of homosexuality as “a psychosexual disorder.” The amendment introduced the category of “sexual identity and behavioral disorders,” which effectively meant that homosexuality was now acknowledged as a chosen identity and the military no longer saw it as an illness. The amendment also spoke of men whose “sexual manners and behavior cause or are expected to cause problems of adaptation and functionality in a military environment.” That clause of the amendment was another indication that the army’s categorical rejection of homosexuality as an illness was replaced with a softer definition classifying it as a source of adaptation and functionality problems.

During my doctoral studies in the summer of 2015, I conducted a survey among some 1,300 officers asking whether homosexuals should be allowed to serve in the army. The overwhelming answer was “no,” given by 96.3% of the respondents. This demonstrates that military perceptions remain strongly unwelcoming of homosexuality.

That said, the improvement in the pre-draft medical examination, which covers about 500,000 young men in four terms each year, represents a major step forward in observing the basic human rights of homosexual individuals and removes a significant source of criticism the Turkish military has faced for years.