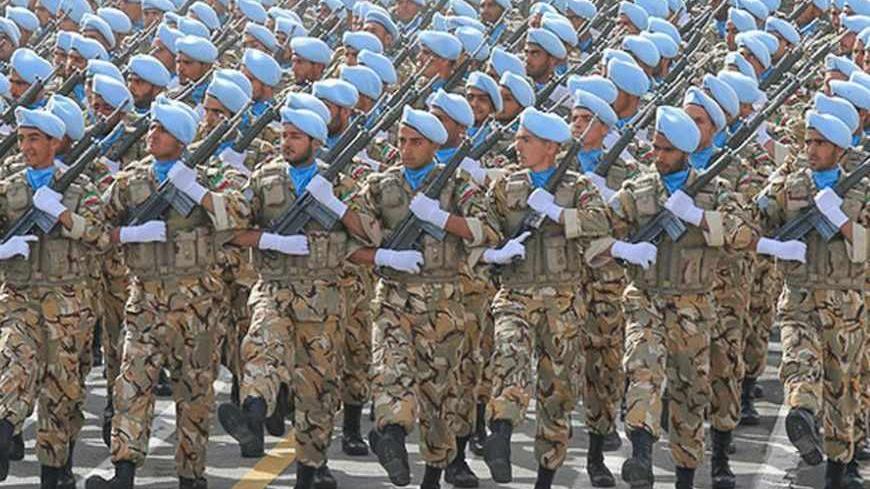 Coming out as a gay man has severe consequences in Iran. Homosexuality is among the biggest taboos in Iran both on social and legal levels. The taboo transforms itself to a paradox however, if and when the issue of serving in the military arises.

Military service is mandatory for men and lasts two years. All healthy and able male high school graduates or drop-outs are mandated to serve in the military if they do not succeed in the University Entrance Exam. If they succeed and continue their education, they serve once they graduate.

During the eight years of the Iran-Iraq war, a number of more affluent families would go above and beyond to find ways around the military service; be it through bribery, undergoing attempts to be smuggled out of the country, inventing false pretenses of illness, or many other ways people created to escape the military service, attempting to fit in as exceptions so they could be excused.

The Iran-Iraq war ended 25 years ago, and since then, serving in the military has been accompanied by low risk and very little danger. Yet, most people are quite reluctant to serve the 24 months. Many families consider the two-year period a waste of time, while a less sizable group believes it to be a good learning experience for young men preparing to enter the real world.

The document — a card which is issued upon completion of a citizen’s two-year service — is golden: Without that card, an Iranian man cannot officially buy or sell anything, cannot participate in formal public sector activities, nor can he be employed by the government, or qualify to obtain a passport. Some companies in the private sector tend to refrain from recruiting men who have not served.

Gay men who prefer to refrain from serving in the military must undergo the required medical and mental evaluations prior to commencing the two-year experience. Should the examining officers or physicians come across any evidence of “queerness,” they refer the soldier-to-be to appropriate officials for further evaluation.

If the psychological diagnosis confirms the individual’s homosexuality, an official, permanent exemption is issued for him. More often than not, a thorough rectal exam follows the mental evaluation. The physician’s observations providing proof of occurred same-sex intercourse is then written formally and submitted to the military. In some cases, further detail-oriented exams come into play, so the decision-makers can be certain of the applicant’s “queerness," making sure they are genuine, not a false pretense to escape the service.

Afshin, a gay Iranian who has received an exemption card due to his sexual orientation, explained the rough path to his exemption in a phone conversation to Al- Monitor. He described the experience as humiliating and stressful. Afshin told me he occasionally wears makeup, but was not wearing any on the day of his psychological evaluation. “Some of my gay friends wore heavy makeup and dressed in a feminine fashion to facilitate the procedure and speed it up,” he said. “But the officials are not convinced and refer the applicants for further evaluation.”

He added “As soon as the first officer saw me, he hinted at my waxed eyebrows.” However, plenty of Iranian men wax their brows nowadays. So that is not reason enough to conclude someone’s sexual preference.

Hadi, also gay and permanently excused from the military, is having a hard time finding a job. Concerned about the sensitive topic of our phone conversation, he said: “Although the exemption card does not specify its nature or reason on a case-by-case basis, the card shows the compatible regulation number according to which the exemption is issued. It would, therefore, be very easy to verify the reason behind an exemption.”

I had another conversation with Kourosh, a homosexual Iranian who is contemplating a request for exemption from military service. He is hesitant because none of his family members are aware of his sexual orientation, and he has tried his best to refrain from deceiving them. He does not wax his eyebrows, tries to dress plainly, and has hidden his handful of gay relationships to the best of his ability.

One of the hardships the likes of Kourosh face is that their ultimate fate lies in the hands of officers and psychiatrists who may rely on parents’ discretion. A parent or guardian’s take on their son’s sexual preference, albeit somewhat inaccurate, could be a genuine game-changer. The fact is that many, if not most, young Iranian men are uncomfortable sharing this characteristic with family members, particularly with their fathers.

Many recruiters and employers are reluctant to have homosexual men on staff, so at times, landing a job could become truly tough for exempted gays.

Among the mind-boggling aspects of this issue is the grounds on which homosexuality is defined in the book of Iranian military: A gay man is acknowledged only if he is submissive in his sexual relationships with other men.

There are no official figures showing the number of gays who are exempted due to homosexuality. The closed nature of Iran’s society, keeping mum on many controversial social topics, and the consistent lack of transparency within government organizations are major elements that lead to the authorities’ convenient denial of some facts, including the sensitive fact of gay existence in the country.

In the past, the color of exemption cards differed, and those issued based on sexual orientation were red, but today all cards are one color and the number of the section or addendum on which an exemption is based appears on the card.

In Iran’s military protocol, homosexuality is defined as a type of mental abnormality, and more specifics are put into the context regarding sexual orientation. Being gay is officially defined as “sexual deviation” in Iran. It is considered sinful in Islam, taboo in the Iranian society, and a crime in the eyes of Iranian law. Being openly gay creates incredibly tough living circumstances for individuals. Never mind coming out, simply acquiring an effeminate appearance could be similar to sending out an invitation for trouble.

Tehran fails to acknowledge the existence of homosexual men and prefers remaining tight-lipped about it, but it may be safe to assume that when it comes to mandatory military service, the closet is wide open.