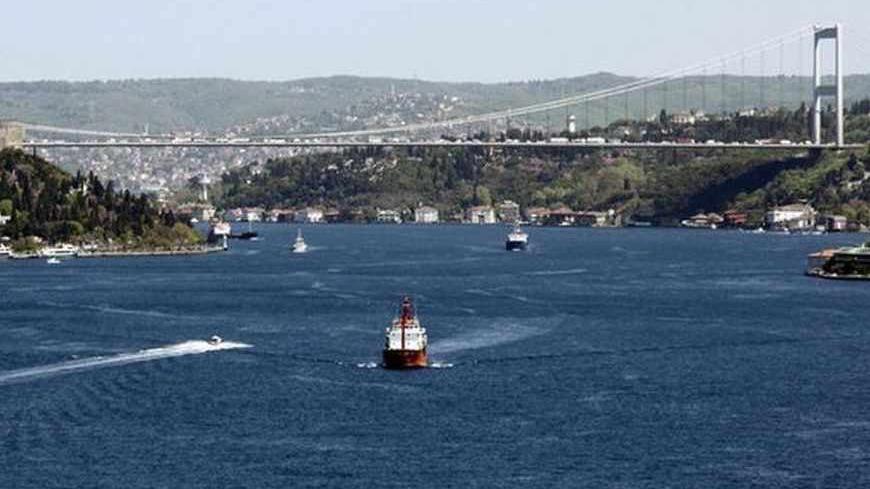 Turkish Prime Minister Recep Tayyip Erdogan and his ruling Justice and Development Party have some “mega projects” in mind that could affect the future of Turkey and perhaps the entire region. One of these is the “Kanal Istanbul” project.

Erdogan is planning to dig a second maritime link between the Black and Marmara Seas, similar to Panama Canal. For some time now, Erdogan and his government have been breathlessly telling the people about this project. Phenomenal land speculation along the proposed course of the canal has already started and prices are skyrocketing. According to the plans, this canal will be the second passage after the Bosporus to link the Black and Marmara Seas and ease the extremely heavy traffic on the Bosporus. Environmentalists, however, have objected to the project, which they say it will cause serious ecological complications.

Saydam's arguments boil down to this: There is a 30 centimeter (one foot) elevation difference between the Black Sea, which is fed by rivers, and the Marmara Sea, which is fed by salty Mediterranean waters. Because of this elevation difference and the varying densities of salty and fresh waters, both seas flow toward each other through the Bosporus.

The Black Sea is like a giant pool fed by the Danube, Dniester and Don rivers. This pool can empty only through the Bosporus. Saydam says that if Kanal Istanbul is opened as a second outlet, the elevation difference between the Black and Marmara Seas will go down to 10 centimeters (4 inches), and the ecosystems sustaining these seas will collapse. The saline density of the Black Sea will rapidly increase and oxygen ratios in lower parts of the Marmara Sea will quickly reduce. Hydrogen sulfide will thus dominate, and all of Istanbul will reek of rotten eggs. Maritime life in the Bay of Izmit will end. The disaster will affect all the balances and biological life in the entire Black and Mediterranean Seas.

Only other scientists can assess the scientific validity of Saydam's claims, but he can voice his warnings only through a few websites and newspapers. Turkish television channels that air debates over the most irrelevant, frivolous subjects are fully censorsing Saydam. In today’s Turkish media environment, it seems unlikely that someone warning that a project the prime minister is obsessed with will cause environmental disaster will find the air time to tell the public about it.

World history and experience show how important it is to have a free press and free debate to protect natural and ecological balances. One of the bitterest examples of this was the great environmental disaster that almost completely dried out Lake Aral, the fourth-largest freshwater source in the world.

In the 1960s, to irrigate cotton fields, the Soviet Union changed the courses of two rivers feeding Lake Aral, causing it to rapidly dry out. Now, in place of hundreds of square kilometers of blue waters, we have an endless desert. Desert sands have replaced fisheries.

As the Soviet Union officially censored environmental issues until 1986, the world learned about this disaster only after it reached the point of no return. Only 10% of Lake Aral remains today.

Saydam asserts that Turkey might be facing an environmental disaster of Aral dimensions, and perhaps even worse. Turkey doesn’t have the censorship laws the Soviets followed. It is not possible to compare the freedom of media in Turkey with the freedom of press in the old and new Russia.

But as has been written many times in Al-Monitor, Turkey’s media bosses, with widespread commercial interests outside the media, care mainly for their government contracts. This is why they take swift action in firing any writer who may upset the government and practice self-censorship.

This pathetic situation of the media is thus preventing debate on projects that could threaten Turkey and the entire region, as in the case of Kanal Istanbul.

There is a dire need for a free debate to prevent the Black Sea, the Marmara Sea and the Mediterranean from suffering the fate of Lake Aral. Unfortunately, it seems that if Turkish media freedom continues to diminish at this pace, the oxygen ratio in the seas surrounding it will diminish just as quickly.