Hamas is worried that the Egyptian “rebellion” movement will migrate to Gaza. 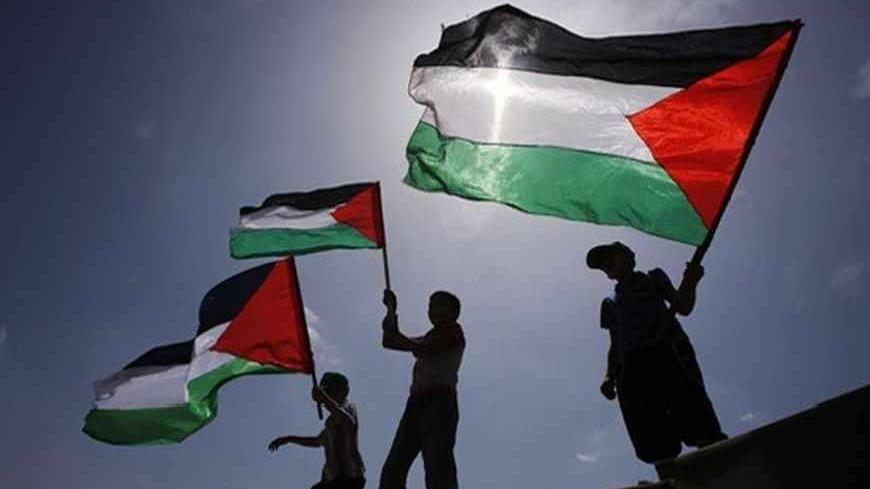 Boys wave Palestinian flags during a protest near the border between Israel and the northern Gaza Strip, June 7, 2013. The protest was part of the Global March to Jerusalem initiative, marking the 46th anniversary of Israel's capture of east Jerusalem in the 1967 war. - REUTERS/Suhaib Salem

Traditionally affected by every little political change in neighboring Egypt, Palestinians in Gaza have always acutely followed what transpires next door.

The fall of the Muslim Brotherhood is no different. After rising to power with the election of President Mohammed Morsi, Hamas assumed it had a secure ally in neighoring Egypt. But Hamas once again finds itself in an awkward position following Morsi's ouster, led by the grassroots Tamarod (rebellion) movement.

After Morsi’s victory in Egypt’s presidential elections in June 2012, Hamas congratulated him and allowed hundreds of supporters to celebrate in the streets of Gaza with fireworks and by firing ammunition in the air. His ouster, however, was met with little comment from Hamas officials — and no public gatherings.

Hamas is worried that the Tamarod experience will be replicated in Gaza, particularly after pages began emerging on social media sites calling for similar protests in the Palestinian territories.

Fearful of these movements, Hamas moved to stifle any public gatherings regardless of the reason. In mid-July, Hamas security forces dispersed protesters demonstrating against the Israeli Brawer-Begin Bill, which will displace thousands of Palestinian Bedouins currently residing in occupied Palestine.

Ibrahim al-Talaa, 24, the creator of the Facebook page calling for the protest against Israel’s Brawer plan, received phone calls as expected from a withheld number the day of the protest. Talaa said that he knew it was internal security calling and refused to pick up the phone, prompting the agency to call his father.

“They called my dad asking him to let me know that I should go to internal security for an interrogation. I spent the whole day of the demonstration there,” Talaa told Al-Monitor in a phone interview on July 22.

Talaa said that most of the interrogation was about Tamarod in Palestine, whether he was a member and if he knew any of the people responsible for it.

“I told them that I’m not a member and that I’m not convinced of such movements in Palestine at present, due to the sensitive security issues with Egypt today,” Talaa explained.

However, many Facebook pages have recently emerged calling for similar demonstrations against the two Palestinian authorities and the division between the secular Fatah in the West Bank and the Islamist Hamas in Gaza. Some of the pages, however, were standing with one faction against the other, rather than calling for their collective removal and new parliamentary elections.

Yet, there are Facebook pages that take a non-partisan approach, including “You Palestinian, Rebel,” which was formed by Palestinians in Palestine and the diaspora. It calls for ending the division and Israel's occupation and deposing the Palestinian Authority.

Orouba Othman, the spokeswoman of the movement in Gaza, told Al-Monitor in an interview at her office on July 20 that while her movement was encouraged by the Egyptian experience, the idea doesn’t only belong to Egypt.

“We are a group of youth from Palestine and the diaspora who couldn’t meet in person, but social media has made it possible for us to talk and exchange ideas. We ended up launching this movement in June,” Othman said.

The ultimate goal of the movement is not only to end the division, but to depose both governments — including the Palestinian Authority, since the movement does not recognize the legitimacy of any government under Israeli occupation, Othman explained.

But Othman said she has yet to be summoned by Hamas security for interrogation.

Analysts, however, downplayed the possibility that the Egyptian experience can be imitated in Gaza, despite the obvious weakening of Hamas that has come with Morsi’s fall.

Atef Abu Sef, lecturer at the Gaza-based Al-Azhar University, said that the circumstances of Gaza are unlike Egypt.

Abu Sef pointed to the huge authority of Egypt’s army in the political process as well as other political figures who influenced events in Egypt. Political figures in Gaza, however, mostly acknowledge that there are not many alternatives to Hamas if it were removed from power, Abu Sef argued.

“I believe that what happened in Egypt will absolutely affect life in Gaza at least in the long term, especially if Hamas isn’t wise enough to deal with all these changes in Egypt,” Abu Sef told Al-Monitor in a phone interview on July 21.

While all Palestinians are negatively affected by the division between the Gaza and West Bank governments, people are still reluctant to go to the streets and demand change.

Samah Ahmed, a 30-year-old activist who has always been engaged in the opposition, said that she doesn’t feel the timing in Gaza is right for such protest movements.

“I’m not against forming a real Tamarod movement because we all need it, but I’m against repeating the same problem of division by having different goals,” Ahmed told Al-Monitor on July 22.

There is a concern that Tamarod Palestine will have the same polarizing effect on Palestinians as it has now had on Egyptian society.

“I say loud and clear that I’m secular, but I’m not against Islamic movements. I’m against those who are defaming Islam by politics,” she explained.

Ahmed was a member of the March 15 protest movement for ending the Palestinian division. Protests were held in Gaza and the West Bank on that day, but the security forces of both governments easily quashed the protests. While dispersing the gathering late that night, Ahmed was stabbed in the back by a member of Hamas’ security forces. The violent attack serves as a reminder of what possible repression lies ahead should any grassroots movement seek to challenge the established authorities in Gaza and Ramallah.

“I believed in March 15, as we were known people with a known vision, but I’m not going to be part of a movement unless it settles its agenda,” Ahmed added.