Hamas and Fatah are exchanging accusations over Egypt, while a Tamarod social media movement gathers steam in Palestine. 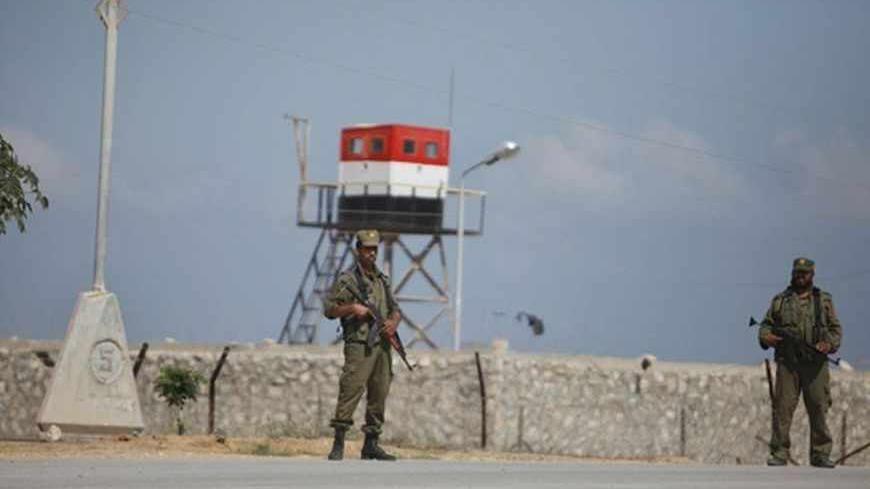 Unlike the government, which remained silent, the Palestinian people — in particular the residents of Gaza — have been debating the Egyptian crisis on social media websites such as Facebook and Twitter. Some support deposed President Mohammed Morsi, while others are opposed to him.

A Palestinian movement called Tamarod, meaning rebellion, opened a page on Facebook on July 1 that now has 18,000 followers. The movement was named after the Egyptian movement that called for the June 30 revolution.

In its first statement, Tamarod said, “We are an independent initiative that is not related to any party, movement, faction or authority. We are a youth initiative that aims at making the voice of the youth heard and enabling its political participation.”

The movement, whose slogan is similar to that of the Jan. 25 Revolution — freedom, dignity and social justice — said, “Oh Palestinians, revolt against oppression and division, revolt against those impeding the elections. No one is legitimate; the mandate of everyone has ended. The only legitimacy is that of the people. Our movement in the West Bank and Gaza is peaceful with a clear aim — returning legitimacy to the people.”

Al-Monitor tried to contact key Hamas leaders to learn their opinions, but the majority refrained from commenting on the issue, due to what they described as the delicacy of the situation.

Yahia Moussa, an MP for Hamas, told Al-Monitor during a phone interview on July 8, “There is an agreement between the factions in Gaza not to make comments.”

Bassem Naim, adviser to the prime minister of the Gaza government on international affairs, said, “Of course, the internal situation in Egypt has taken its toll on the daily life [of Palestinians], especially after the closure of the Rafah crossing, which currently impacts the humanitarian situation in Gaza and will affect the economic situation.” Naim considered the decision that was taken on July 9, 2013, to reopen the crossing and let those who were held up in, not enough to meet the needs of the 1.7 million Gazans.

Speaking to Al-Monitor on July 9, Naim added, “The Palestinian cause represents the cause of the Arab, Islamic nation and will not be influenced by an event, since it is a rightful cause and has endured weighty hardships. The relationship between Egypt and Palestine goes beyond parties and policies; it has a historical depth and we are neighboring countries.”

One of the very few reactions issued by Hamas was a statement published on July 8, following the death of scores of Muslim Brotherhood members and two presidential guards at dawn on the same day. The statement was published on the Facebook page of Izzat al-Rishq, a member of Hamas’ political bureau. It read: “Hamas condemns the massacre that claimed the lives of dozens of peaceful civilians at dawn.”

“The movement expresses its deep pain and grief over the death of these victims. It calls for halting the bloodshed of the dear Egyptian people. We offer our condolences to the families of the victims.”

In regard to media reactions, Hamas denied more than once issuing any of the statements the Egyptian media have spread and attributed to the movement. Hamas described these statements as false.

In a statement issued on July 8, Hamas accused Fatah of trying to defame the movement. Hamas affirmed that it had acquired official documents proving that Fatah is fabricating and providing the Egyptian media with false stories to incite Egyptians against the Palestinian people. Earlier, Fatah asked Hamas not to interfere in the Egyptian affairs.

For its part, the Hamas government affirmed during the session it held on July 9, 2013, that Fatah is trying to embroil Hamas in the internal affairs of other countries. The government called on this nonsense to be halted at once.

In an initial reaction on the part of Hamas in regard to the crisis in Egypt, Prime Minister Ismail Haniyeh said that the changes in Egypt will not impact the Palestinian cause because it represents an essential cause for the Arab, Islamic nation.

During a speech delivered on July 5, 2013, Haniyeh spoke of Morsi’s deposition at the hand of the Egyptian army, saying that it will not impact Egypt’s policy in regard to Gaza and the Palestinian cause.

Talking about whether Hamas is overcoming the pain and frustration caused by the ouster of Morsi, Nouhad al-Sheikh Khalil, a modern history scholar, believes that Hamas is not alone. In fact, Hamas has ties with all parties in Egypt, and its fate is not linked to one party alone. Hamas defines its relationship with countries based on their take on the Palestinian cause and the unity of the nation. The movement is not dependent on anyone.

Khalil, the author of Internal Structure of the Muslim Brotherhood in Gaza: 1967-1987, noted, “If those who ousted Morsi believe that they were continuing the Jan. 25 Revolution, the issue of Gaza is the test they will be put to.” Khalil said that even if the blockade on the movement intensified and reaches its zenith, it will not be tougher than the 2007 blockade.

On the other hand, political writer Mukhaymar Abu Saada said during a phone interview with Al-Monitor on July 8 that the repercussions Morsi’s ouster will have on political Islamic groups, including Hamas, are similar to what happened in 2007. Hamas was politically and internationally besieged. “Today, the situation is even worse. When Hamas was besieged in 2007, Iran and Syria were supporting it. Now, Hamas’ relations with Iran and Hezbollah are tense and hostile, while its ties with Syria are broken. No one knows how things will go with Qatar after the crowning of the new emir.”

Abu Saada added, “Turkey, which has recently experienced hardships, is the only political ally left for Hamas. Tunisia is weak because its coalition government encompasses secular and Islamic parties. Hamas is totally isolated and is now a political ‘orphan,’ as described by some newspapers. Yet, this does not mean that the movement is weak internally, because this situation could make it stronger in terms of its influence in Gaza.”