Amer Ghajar went from being a student at a prestigious private university to al-Qaeda jihadist, falling in battle last week. 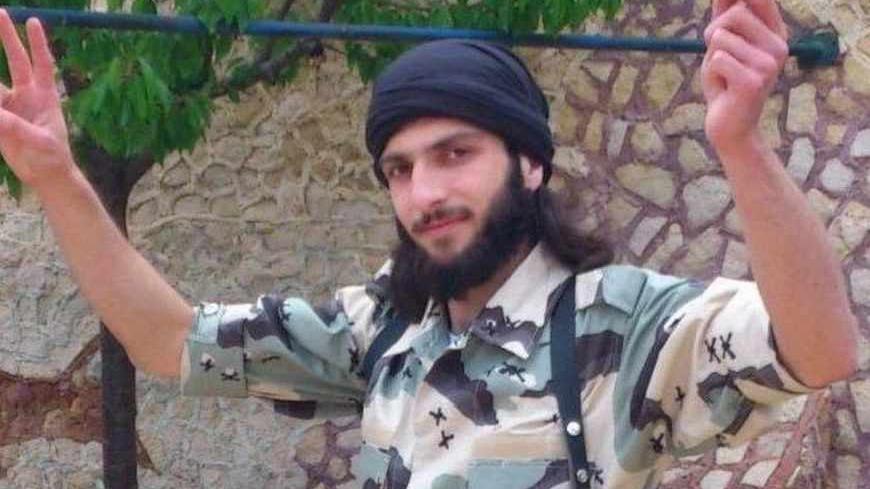 A suicide bomb goes off in a crowded street, targeting an army checkpoint or perhaps a government building. Several soldiers die, a building or two is defaced, but also, almost as an afterthought, a dozen or more innocent passersby are killed or maimed. What kind of people are behind this sort of assault and, more importantly, what kind of rationale do they employ?

More worrisome, perhaps, we should be asking how they continue to draw recruits and expand. Al-Qaeda, and to varying extents all other jihadi Islamist groups, adhere to a culture of death, although they prefer to call it a culture of martyrdom. It is a form of religious nihilism, where this mortal, worldly life is seen as futile and meaningless, and the goal should be to get to the afterlife as quickly as possible.

The quickest route, the shortcut if you like, is to die fighting for your righteously divine cause, preferably taking as many enemy lives with you as you go. In simple terms, it means sacrifice for the greater cause. That’s all fine and well, until you realize that “sacrifice” according to them, extends beyond the fighters themselves and includes anyone unfortunate enough to be caught in the middle of their struggle.

When asked about the indiscriminate innocent victims of their suicide bombings or shelling, your typical Islamist will generally shrug and say, "If they were true Muslims, they are now in heaven," as if they’re performing an actual favor for the victims. They should be thankful, I suppose. So what happens if the victims aren’t "true" Muslims, or members of another religion, i.e., "infidels" in jihadi-speak, a description which in most cases means "anyone who is not one of us"? Well, "Then they go to hell" is the macabre, simple answer you’ll likely get.

What draws fighters to such Islamist jihadist groups are basically what gains them sympathy among the general populace, too. Namely, their overtly sectarian incitement and animosity towards Shia and Alawi Muslims, as well as their discipline and fighting prowess, which importantly includes sparing the private property of civilians from becoming war spoils, something which most other rebel groups don’t even attempt to do. These types of groups are on the rise in Syria’s bloody civil war and have gained notoriety due to a string of high-profile war crimes, most recently in Aleppo, targeting a convoy of civilian buses and executing regime soldiers in Khan el Assal after they had surrendered.

What transformation does one go through to become an extremist? I refer to the story of an acquaintance I met some time ago, Amer Ghajar, who died on July 21, 2013, fighting alongside an al-Qaeda-affiliated group (the Islamic Brigades of Aleppo city) in the Rashdeen area on the western outskirts of Aleppo.

When I met Ghajar, he was an ordinary, bright-eyed young man, just another up-and-coming kid waiting to make his mark on the world. He dressed smart, always had a fashionable haircut and an infectious can-do attitude that came with being so young and so bold. The transformation was quite dramatic. I’d heard of brainwashing and emotional and psychological manipulation, but I’d never really seen it up close. Ghajar studied business at Ebla Private University, on the outskirts of Aleppo province in Idlib. This university was exclusive and was expensive enough to be out of reach of all but the most privileged families. It also had a reputation for anti-regime student protests, and became infamous after Syria’s Grand Mufti Sheikh Hassoun’s son Saria, a student at Ebla, was assassinated just outside the campus mid-2012, and the incident was mentioned at the UN. Furthermore, the former dean of Ebla University, Jalal Khanji, is a prominent civil leader in the rebel held areas of Aleppo city.

It’s hard to say whether Ghajar was radicalized while at Ebla, or whether he met people from the towns surrounding the university, which are all dominated by rebel fighters and their families. Whichever way, his demeanor and the way he talked started to change. He took on a far more serious tone, and dismissed with great contempt the activities that interested his peers. He became more and more secluded, his stare became fixed, and he was constantly brooding. Finally, he grew his beard and hair and started skipping class, then disappeared altogether to join a radical Islamist rebel group.

One telltale sign of this change was an overly sectarian rant he posted on his Facebook page, criticizing fellow Sunnis for running away, instead of fighting against the infidel Shia/Alawi regime. Another sign that radicalization is changing a person’s identity is how he refers to himself and his colleagues. Ghajar used the nom de guerre “Abu Majed.” In traditional Arabic culture, the first-born male is named after the grandfather, and the title Abu+[son’s name], where Abu means ”father of,” is used both for reverence and as a popular nickname, even for unmarried or childless males.

Islamist groups commonly adopt these nicknames, as well as using their real first name and substitute the surname for their city or country of origin. What is interesting is that Ghajar, in his last post on Facebook before he died, makes a reference to his brothers-in-arms by their noms de guerre. “Abu Amara, Abu Bakr, Abu Fajr, Abu Abbas, Abu Fadel. You have broken my heart, I swear I will take revenge from those dogs. May God accept you as martyrs.”

Ghajar used his considerable wealth to finance himself, as well as other fighters in his group, using mostly his own money to procure weapons and supplies. No doubt he received assistance as well as "ideological guidance" from the myriad of foreign cleric-soldiers who have poured into Syria over the last year, much to the chagrin of the opposition abroad as well as local rebel fighters. These newcomers, as well as the continuous and grossly inflammatory sectarian incitement by several prominent Gulf-based religious satellite stations, have helped recruit a new generation of extremists outside the usual lower demographics, and include the educated and rich.

The pro-regime groups celebrated Ghajar’s death as a victory, as he was “squashed” by the Syrian army, because they like to gloat. Pro-rebel groups mourned him like an honorable martyr who gave up everything for an honorable cause, even producing a tributary video for him — complete with typical jihadi chants and propaganda imagery.

What both these polarized groups missed, however, was that Ghajar was just another promising young Syrian, tragically a victim of the madness and bloodshed that has engulfed this nation, tearing it apart and consuming its best and brightest.

Edward Dark is a pseudonym for a Syrian currently residing in Aleppo.