An exclusive firsthand account from a Syrian who was detained in a state prison in Aleppo. 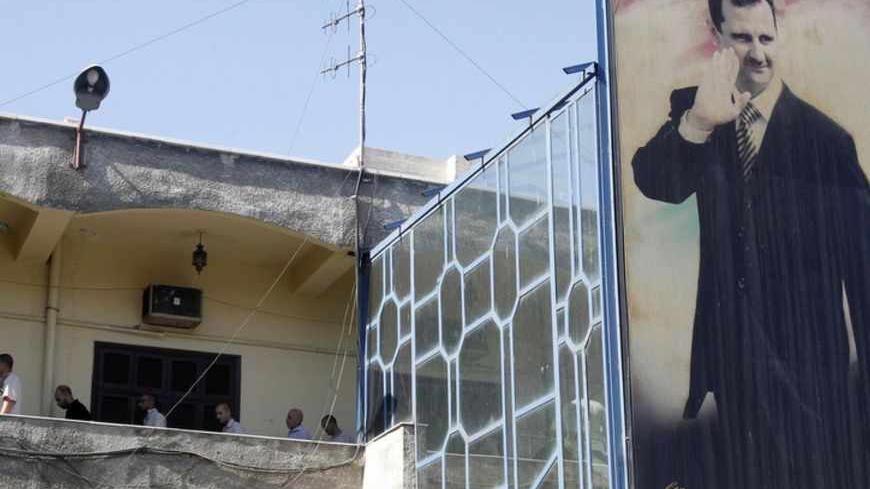 “Prison is for real men” is an old saying we have in Syria, and one that I kept repeating to myself as I paced anxiously back and forth across my small, dingy cell in an almost hypnotic trance of meditation. Time seemed to melt and mold in that dungeon; it was an abstract entity that only existed in the world of mortal men as they went about their normal lives and daily routines. For us, the condemned and the damned, time had no meaning. The only way we measured it was in intervals of going to the interrogation room or bathroom breaks. Everything else was a fuzzy haze of being in a cell and sometimes out of it. It was a room where time stood still yet slowly oozed away. Yes, this was the edge of madness, the edge of the abyss, and I was right there on the brink.

Yeah, it’ll be alright, I thought. This is a character-building experience. I’ll emerge wiser and none the worse for wear. Occasionally, however, a terrifying thought would creep into my mind, interrupting my meditative internal monologues: “Except this kind of prison isn’t for men. It’s for animals, and it’s run by animals, too.”

It was not a question of whether one could survive; it was simply a matter of how long one could last. A hundred horror stories about Syria’s infamous gulag and tales of inmates that I’d heard about over the years would rush through my head at a million miles per second. Many of those people got out but by then were different, perhaps deranged. They’d lost an important part of themselves, a part of their soul, and they would never again be the same. What I experienced in detention was not exceptional in terms of horror or terror, and indeed, I was far luckier than many who never made it out alive or who survived but were destroyed by the experience.

A stiflingly hot, filthy and lonely room with no light fixtures and what can only be described as the remnants of two blankets and a pillow, their original color long faded into obscurity by the progress of time and, without a doubt, many a man’s sweat and tears. The windows were large, but crisscrossed with iron bars and covered with a poster, most likely depicting a great and noble quality of our leader or an equally great accomplishment by him worthy of such large print to remind us all, just in case we forgot for a moment, who was boss.

My cell mates? Now here's something straight out of the Syrian state’s handbook: three Republican Guard soldiers — the Syrian army’s elite — and their driver. Apparently, they didn’t have the right paperwork when they crossed a checkpoint manned by air force Intelligence, Syria’s most notorious security branch, staffed only by the most loyal and sadistic of the regime’s enforcers. This was emblematic of the Syria that the current president’s father, Hafez Assad, built all those years ago — a Stalinist police state ruled by competing and contradictory security agencies always trying to one-up another, jostling for power and privilege like so many groveling dogs, each hoping to become his master’s favorite.

Nothing has changed in Syria since Hafez’s time. The bitter and incensed look on the soldiers’ faces said it all, having been dragged in, handcuffed in humiliation, after spending weeks fighting for the regime on the frontlines. The sense of solidarity we felt was not dictated by humanity but by a primitive stressed group psychology. In another place, I would never have given these men a second look, not even to say hello, but in this cell we were comrades. We were bound by an otherworldly bond.

As we made small talk, I learned that two of the Republican Guards were Alawites, the president’s own sect, and came from the coast; the other was a Sunni from Aleppo. The Sunni’s overriding concern wasn’t how to get out of the prison, but how to get a pack of smokes. He asked me first, but I told him I didn’t smoke, so he banged on the iron door and asked the guards for some. They told him to shut the hell up “or else,” after which he sat in a corner, brooding. After a while, he started speaking, staring blankly at a spot on the floor while recalling the tale of the treacherous journey he and his comrades had made to Aleppo and how they had come under fire and a friend had died in his arms. The others just tried to get some sleep, except for their civilian driver, Ibrahim, who started talking, cautiously at first, about how futile the war was and how “they,” meaning the rebels, had destroyed the country. Later on, he told me a bit about himself and his family, but nothing too revealing, mind you, as everyone is always paranoid in Syria; a prison cell makes no difference.

As I scratched Ibrahim’s family home number with my car key on a business card from a fast-food joint, I wondered who would make it out first, him or me. A little later, a Republican Guard colonel came to retrieve his men and their driver. Whatever happened to Ibrahim I’ll never know. I suppose he went on with his life being a truck driver. I will probably never see or hear of him again, but I wonder: Did he spare a thought, perhaps a small silent prayer, for me when he got out? Maybe he did, or at least I’d like to think so.

After the Republican Guards were let go, a private was shoved into the cell that night. His captors beat him, punching and kicking, all the way down the corridor until throwing him in, battered. He must have really screwed up, I thought. We uttered not a single word to each other all night, and in the pitch dark I couldn’t even make out his features. We heard the shouting and screams of inmates being beaten and tortured on and off, all day and night, in the nearby interrogation rooms. It was something that you learned quickly to block out, just as you would ignore the sound of a television someone left on in another room.

When I finally got out, through a stroke of luck and a large bribe, it was a moment crowned in glory, a rebirth of the body and the spirit, those few fleeting moments of real joy allotted only sparingly in every person’s lifetime. I should count myself lucky, perhaps, to feel as few men have had the opportunity to feel, to experience something others have no conception of, to truly value what most take for granted — to contemplate what constitutes and defines my own life’s worth and purpose. For this, I am eternally grateful to my jailor, but for this too, do I wish him eternally damned.