In the first article of a two-part series, Qatar’s new emir will likely follow his father's course, but Qatar’s may be forced to adjust its approach to international affairs. 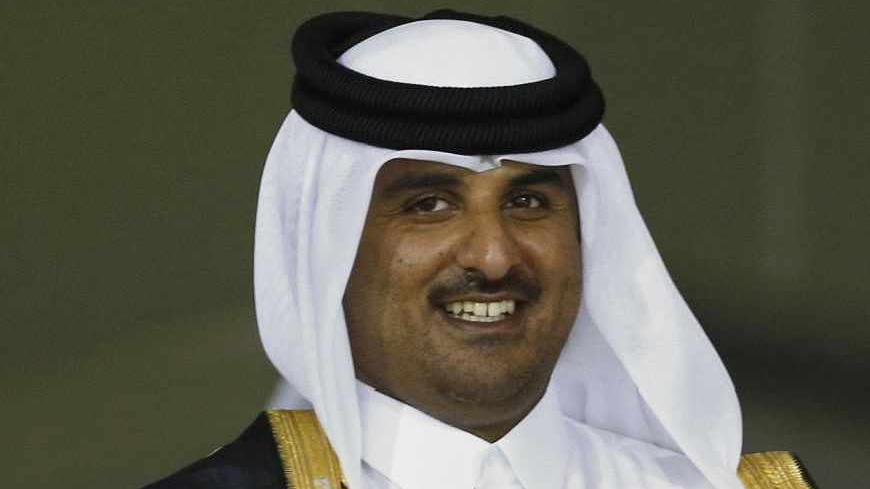 Despite its small population, Qatar has hosted political and economic conferences and has become a hub for world-class universities. All that has given it the international legitimacy and prestige to become a prominent player on the regional scene. Qatar has at times served as a mediator for reaching settlements, like for Afghanistan, Sudan and Lebanon. At other times, Qatar took leading roles in Arab military revolutions where it provided the revolutionaries with media support and arms. It also supported Islamist organizations, as was the case in Libya and Syria.

Qatar could not have played this pivotal role were it not for its economic power. Qatar has a strategic natural gas stockpile of 500 trillion cubic meters, the third-largest in the world. Qatar produces 77 million tons of gas per year. Sheikh Hamad and his team worked on two tracks to increase the emirate’s economic capabilities: They developed Qatar’s oil infrastructure and they diversified the country’s income sources by investing abroad. Qatar’s GDP increased from $29 billion to $200 billion. That was Qatar’s main pillar of strength in the international arena.

In addition to those capabilities, the country had a competent leadership who chose to break with Arab tradition and consensus on foreign policy, such as the Arab position on boycotting Israel or on relations with Iran. This Qatari specificity, or "independence" as Qataris call it, pushed the country to the forefront in light of Arab stagnation, which has seen few breakthroughs in recent years.

But the Qatari policies were not free of contradictions or risks. Qatar hosts an American military base, yet supports Islamist movements hostile to the US. Those movements are a threat to the US and its GCC allies.

There is no doubt that the most prominent features of this "Qatari specificity" were seen when the country involved itself in the Arab Spring by keeping its foot in the proverbial "Islamist door." Qatar was the No. 1 supporter of Islamist organizations and funded them directly. It gave money to the Muslim Brotherhood and to the Central Bank of Egypt in order to help President Mohammed Morsi face popular pressure.

Qatar directly participated in military activities in Libya. It also supplied the Syrian rebels with weapons. Qatar was the first country to send the Syrian rebels quality weapons, especially Chinese-made antiaircraft guns, despite US warnings at the time. The US president himself warned Sheikh Hamad about that on April 23, 2013.

Qatar punched above its weight, destabilized the existing regional balances and confused friend and foe alike. This walking-on-the-edge policy gave Qatar an outsized role in international relations and allowed it break the deadlock in certain crises. But that policy is also risky. Middle East stability is now in danger, especially in light of the growing Sunni-Shiite conflict and the transformation of the Syrian crisis to an open regional war. Today, the question is whether Sheikh Tamim will continue this high-tension policy or will gradually move into the fold of the GCC and Arab consensus, given that consensus has become necessary to contain the risks.

In his first speech, Sheikh Tamim spoke about Qatar’s "independent behavior" and it siding with the Arab people against "tyranny and humiliation." He rejected dividing "Arab societies according to religious or sectarian factors." That showcased his awareness of current challenges. He also stressed that Qatar’s foreign policy will be based on relations with states, not organizations. "We are not with one current against another," he said to signal a distancing with Islamist movements. That distancing was imposed by the international and Arab consensus, and was evident in the decisions of the Doha conference, which brought together countries supporting the Syrian revolution.

So far, nothing indicates that Sheikh Tamim intends to turn things upside-down regarding Qatar’s foreign policy, sacrificing Qatari independence or the regional importance his country has achieved as a result of efforts by his father and his team. But there may be a "rebalancing in the balances game." The young ruler needs a period of quiet to concentrate on strengthening his rule, especially since the major powers have awakened and entered the game in full force in what looks like a final confrontation.

Dr. Sami Nader is an economist, Middle Eastern affairs analyst and communication expert with extensive expertise in corporate strategy and risk management and currently directs the Levant Institute for Strategic Affairs (LISA), focusing on economics and geopolitics of the Levant. A professor for USJ University in Beirut, Nader appears regularly as an analyst for economic and geostrategic matters on different Arabic and international channels. On Twiter: @saminader