Would Military Rule Work in Lebanon?

The recent clashes with Sheikh Ahmad al-Assir and Egypt's example have renewed Lebanese pride for their military, but it seems unlikely that military rule could be successful in Lebanon. 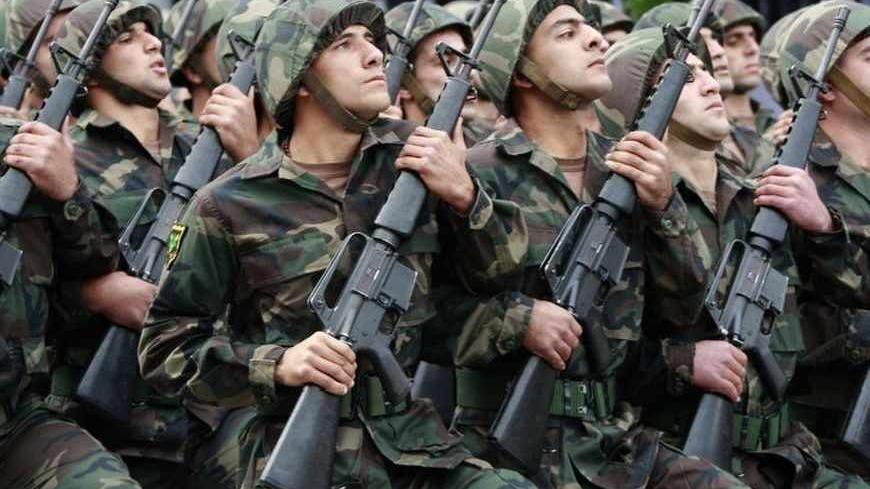 Immediately following the outbreak of the armed conflict in the town of Abra, near the southern Lebanese city of Sidon, which led to the elimination of the Sheikh Ahmad al-Assir “phenomenon” and his armed forces on June 23, an uncoordinated campaign of multiple origins was launched in Lebanese cafes and on social media sites — especially in Christian circles — sanctifying the Lebanese army and elevating it to the standing of gods. This campaign even went as far as calling for military rule in Lebanon. This came after all political parties, organizations and forces proved that they had failed to draw up solutions to the problems afflicting Lebanon and its people, let alone implement these solutions.

The campaign was fed by a pure national innocence by many Lebanese. They rightly see in the military institution a patriotic school providing martyrs for the nation as a whole — not for any specific constituency — and believe that it is the strongest safeguard for the state and for the rights of citizens

Yet the opposite of this de facto innocence emerged through attempts to attribute a “heroic image” to this or that senior military official following the battle of Abra.

In particular, those commenting on Facebook pages were divided between the current Army Commander Gen. Jean Kahwaji and the Commando Regiment Commander, Brig. Gen. Chamel Roukoz, who coincidentally is the son-in-law of the former army commander Gen. Michel Aoun, the leader of the Free Patriotic Movement and the head of the Change and Reform bloc.

When looking clearly at these two figures, a political struggle looms in the background, not in the military institution but rather at the level of the broader Lebanese divide: A struggle that led to the postponement of a parliamentary session scheduled Monday, July 1, on the pretext that it would have been unconstitutional due to the lack of jurisdiction by the parliament to legislate in cases that are non-urgent and not of paramount importance in light of the absence of a standing government.

It is worth mentioning in this respect that the caretaker government headed by outgoing Prime Minister Najib Mikati is temporarily running the country in principle, until Prime Minister-designate Tammam Salam forms his government. This is not likely to happen in the foreseeable future, since the latter says he is awaiting approval by Parliament Speaker Nabih Berri as well as by the leader of the Progressive Socialist Party, Walid Jumblatt, on the composition of a government where Hezbollah is not represented. Yet, for Berri in particular and Jumblatt in general, it is absolutely impossible to agree on such a move that defies Hezbollah.

On the other hand, these constitutional pretexts have failed to conceal from the politicians and observers the correlation, no matter how undetermined, between the army command and the election of a new president in the first half of 2014.

It is worth mentioning that a theoretical parliamentary majority wants the current army commander, Kahwaji, to remain in office for two more years by proposing to increase the retirement age for senior officers.

Those who infer a connection between the Army Command to the presidency recall two presidents following the Taif Agreement that ended the civil war (1975-1990), who moved from the army headquarters to the presidential palace, i.e., former President Emile Lahoud and current President Michel Suleiman.

Moreover, directly before the Taif Agreement, Lebanon witnessed a transitional phase tinged with military implications, objections and confrontations whose hero was MP Aoun himself.

However, the late President Gen. Fouad Chehab, who remains the role model in this case in the collective memory of the Lebanese, was the one who paved the way for the Maronite military leaders who came after him. Chehab was the first commander of the Lebanese army who came to office as president following a mini-civil war in 1975. This was during the end of the mandate of late President Camille Chamoun (1952-1958).

Chehab managed to unify the country, agreeing on foreign policy with late Egyptian President Gamal Abdel Nasser. Chehab's reign is seen as the most stable and thriving period at the level of the state's institutions, in the history of modern Lebanon.

The "Let the Army Rule" campaign has managed to bring the Lebanese innocent spontaneity, the traditional work of the apparatuses that have been adorning the army's image in all circumstances, as well as the ambitions of "Aoun's mainstream," a political movement that emerged from a military background, together under the same banner.

Nevertheless, the campaign remained limited within the popular framework. Many among political and cultural elites likened the slogan "Let the Army Rule" to that saying "Let Political Islam Rule," which did not take long to be debunked in Egypt, Tunisia and other countries.

The campaign has been reflected in convoys, where people have raised the Lebanese flag along with the army’s flag, which carries the slogan "Honor, Sacrifice and Loyalty." Giant banners have been also raised in main squares, glorifying army officers, soldiers and martyrs of the nation.

Judging from the reactions of ordinary citizens, the campaign seems to be successful, as it evokes the dormant romantic dreams in many Lebanese, who aspire to a homeland that is akin to Switzerland.

Perhaps the Lebanese people are looking for a disciplined and organized quality of life because they have long been living in chaos and disorder.

Many who defend this campaign, whether through articles or via social networking sites, say that no political party can be compared to the military institution, which is by far the most removed from sectarianism and political, financial and moral corruption. The military institution stands out in its sense of nationalism, as it is always prepared to perform its duty even if this means giving up one’s life.

On the other hand, people who are calling for "military rule" fail to remember that the same problems have been recurring since before Lebanon emerged as a political entity. Military rule has failed to bring any solution to any state or people in the world, neither in the East nor in the West. Savvy politicians have failed to solve Lebanon’s complex problems, let alone military men, who are specialists in completely different fields.

Moreover, the experience of military rule outside the framework of democratic elections has proved not favorable to anyone. Chehab, as all historic leaders, was an inimitable man. History rarely brings men like him to this part of the world.