Tamar Zandberg, a young left-wing Knesset member from the Meretz Party, believes that her struggle against Israeli settlements preserves the legitimacy of a sovereign Israel in the international arena. 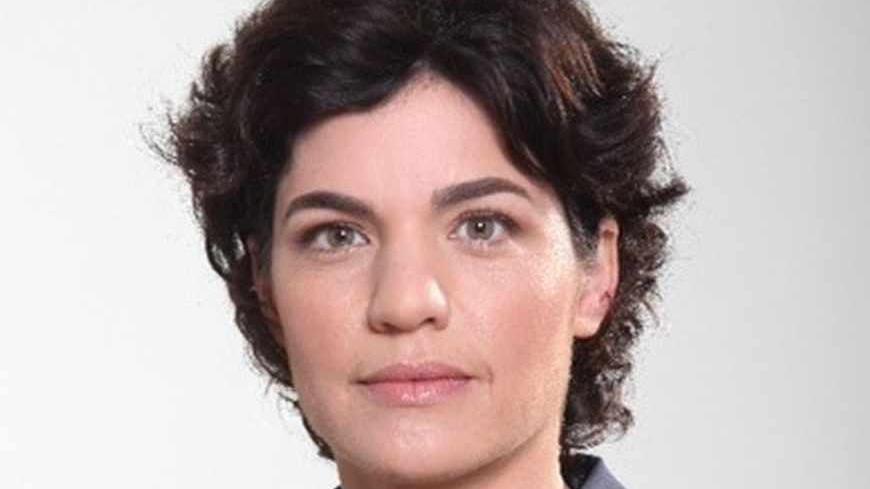 Knesset member Tamar Zandberg of the left-wing Meretz party was born eight years after the Six-Day War, so like her entire generation she has never experienced the territorial reality that preceded it. Her political identity as a secularist, a feminist, and a member of the social left is the direct outcome of well-formulated and lucid worldview regarding what she calls “the injustice of the occupation.”

The 37-year-old resident of Tel Aviv is part of that group of young people who made their way into the Knesset in the last elections by riding the wave of the social protests. In her particular case, it had to do with the growth of Meretz, which doubled its representation in the Knesset from three seats to six (Zandberg was sixth on the party’s Knesset list), proving that some sectors of the Israeli population still find the idea of a two-state solution appealing.

Although just five months have passed since the elections, it is already obvious that Zandberg is a rising star on the left, which seemed to have aged rather ungracefully over the past few years. She is eloquent, and she pours all her strength into raising the banner of the diplomatic process, but at the same time she has also managed to forge some “strange” alliances with the right and the ultra-Orthodox parties to advance social legislation.

One example of such an ally is Knesset member Moshe Feiglin, a settler and member of the "Jewish leadership," the most extreme faction of the Likud party. She has been working with him to advance legislation concerning medical marijuana (which would authorize any medical specialist to provide a prescription for cannabis to his patients). Obviously, this particular collaboration does not prevent her from declaring that she does not use goods produced in the settlements, and that she tries not to visit the settlements for ideological reasons.

We talked one day after US Secretary of State John Kerry left the region empty-handed (June 30). Zandberg said that she wasn’t disappointed, because she did not expect anything to come out of his visit.

Knesset member Zandberg, when was the last time you visited a settlement?

“I try not to set foot in the settlements, and make sure not to buy any products from them. My visits there are solely professional. It has always been that way with me. In my opinion, visiting there means participating in one of the most unethical acts of injustice perpetrated by the state of Israel. Ever since I first formulated my political ideas, it was clear to me that the occupation is an injustice that threatens the very foundations of our existence. Boycotting goods produced by the settlements is a political, personal, and moral act. The struggle against the occupation is also one of the foundations of the political movement, which I represent.”

As a social activist, you are certainly aware that by boycotting those goods, you are not only affecting the income of the settlers. You are also causing damage to the income of those Palestinians employed there.

“That claim is fallacious. As far as I am concerned, that is exactly what the biblical verse meant when it asked, ‘Have you killed and also taken possession?’ [1 Kings 21:19] The state of Israel is an occupier. It has created two distinct systems of government: one for Israelis, and the other for Palestinians. I won’t tell what you can call that. It is like telling those people who work in Chinese factories for a dollar a day, that if forced to give them rights, the workers will lose even that.”

Don’t you feel like you are collaborating with the effort to delegitimize Israel overseas — as part of the phenomenon by which products from the territories are marked as such in Europe?

“The opposite is true. As far as the world is concerned, the alternative is not purchasing those products, but eventually boycotting all products from a sovereign state of Israel. It is actually us on the left who are maintaining the legitimacy of a sovereign Israel by delegitimizing the occupation of the West Bank. Anyone who sees what is happening in the world realizes that as far as Europe is concerned, it is heading in the direction of boycotting everything from here. That’s where we’re heading. It is possible to accuse Europe of anti-Semitism, but we would be better off if we simply washed our face, which is stained by the occupation.

There is no other country in the world which has been treated with as much clemency as Israel. In the 1990s, after the Oslo Accords, we flourished culturally and received international legitimacy. Major companies set up shop here. Now we are becoming more and more isolated. It is obvious what the reason for that is.''

What products do you give up?

“There are some types of mushroom that I have given up, and ginger and some wines. In 2010, I published a complete list of all products from the territories on my blog as part of a campaign to initiate a boycott of these products. Obviously, I do not accuse industrialists who go there, because the state offers them preferential conditions, like tax relief. The question is, why does the government encourage manufacturing in the settlements? It’s as if they just want to annoy everyone and create an impediment. The government knows that there will be no diplomatic solution without a withdrawal. For years it has had one hand extended in peace, while the other hand continued to create impediments. Why?”

Recently, the concept of a two-state solution has come under attack from just about every side in the Knesset. Do you feel isolated because of that?

“There’s an enormous gap between what happens among the public and what happens in the Knesset. We have an absurd situation in which the Likud and HaBayit HaYehudi parties, which represent a wide swathe of the general public, have been taken over by extremists. The two-state solution is practically the consensus in Israel. We see that in just about every poll. The Likud’s leadership is well aware that this is the position of the general public, and that taking more extreme positions doesn’t win them any votes. And yet, we have a situation here where the prime minister himself is attempting to conceal the positions of his own party.

Where does Meretz fit in within this whole story?

“We may be a small opposition party, but oddly enough, I feel that our positions are more mainstream. I completely reject the assumption that the public is right-wing or that it even leans right. In my opinion, the public is very moderate. True, the idea of a two-state solution has been talked about less over the last two years, but that is because the public is fed up. The concept still exists, and it is the right way to go. The fact is that Labor party leader Shelly Yachimovich, who suppressed the banner of the diplomatic process in the recent elections, was hurt by that.”

Were you disappointed by the failure of Kerry’s visit?

“No. It looked like he was trying to get the diplomatic process into motion, but I personally have no great expectations from the current government. It has no chance of passing anything. As far as Prime Minister Benjamin Netanyahu is concerned, Justice Minister Tzipi Livni is little more than a fig leaf that provides him with some modicum of cover when he faces the world. And yet if, despite all that, there will be a diplomatic process — we will obviously support it.”

Are you more involved with the diplomatic process than with social issues?

“In my opinion, the diplomatic process and social issues share the exact same banner. The two issues are intrinsically connected. They are part of the same agenda, starting with the slogan, ‘Money for the neighborhoods and not the settlements.’ The same policy that builds in the territory also gives handouts to millionaires and billionaires. Any attempt to say that it is possible to represent the right in the Knesset while also being concerned about social issues is disingenuous. Can social justice be limited to Jews? Can it stop along the Green Line?”