It is Muslims, not the West, who are paying the highest price for Islamist militancy. 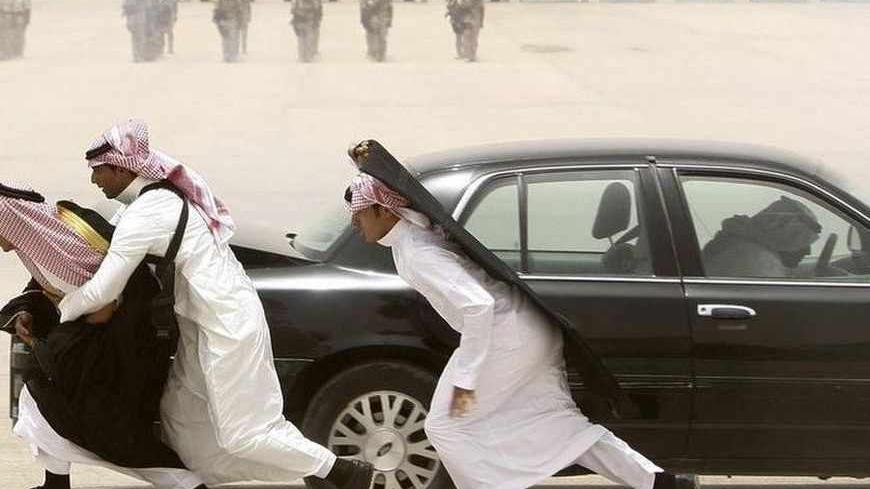 Islamo-fascism is a malicious term. It is meant to draw an analogy between the doctrines of contemporary militant Islamist groups and those of the defeated World War II Axis powers. Primarily used by people who are experts on neither Islam nor fascism, the term intends to stoke fears of "Islamic" armies marching across the world, oppressing non-Muslims and imposing Sharia. That is, unless they are first "stopped."

While this narrative bolsters the argument of Islamist militants, who maintain that the West is waging a "crusade" against Muslims everywhere, Muslims are in dire need of a paradigm shift: They must re-evaluate the centrality of the doctrine of "jihad" in Islam, and consider its militant variant as more than a source of tension with the West.

Much like the ideology that brought unspeakable pain and destruction to the entire European continent and beyond, militant jihad — as opposed to its spiritual variant — must be seen as posing an existential threat to Muslim civilization.

As luck would have it, I was living in Washington, DC on Sept. 11, 2001; in Jiddah, Saudi Arabia on Nov. 20, 1979, when militants seized the Grand Mosque in Mecca and declared the coming of the mahdi (the Islamic equivalent of the Messiah); and in Alexandria, Egypt on Oct. 6, 1981, when militants assassinated President Anwar Sadat. I have also had the misfortune of attending a handful of Friday sermons delivered by Anwar al-Awlaki — the al-Qaeda propagandist who was killed in Yemen in 2011 — when I lived in Virginia. Just as importantly, I analyze the discourse of militant Islamists for a living. The tendency of a small but vocal minority of Muslims to advocate violent actions to correct perceived injustices is a serious malady that should concern Muslims everywhere.

Extremists readily declare Muslims with whom they disagree over doctrinal — or even political — issues to be "unbelievers," and enjoin their followers to defend "true" Muslims against these "collaborators" who are assisting the West in its onslaught against Islam. This call to arms resonates when it is framed in the context of ongoing political conflicts in which Muslims are portrayed as being besieged by the "enemies of God." One can see this phenomenon most clearly in Iraq, Afghanistan and Syria. Contrary to their rhetoric, al-Qaeda, the Taliban, Somalia's al-Shabab, the different variants of Ansar al-Sharia and a host of other militant groups, including Hezbollah, have not engaged in a war against the West: Their victims have overwhelmingly been other Muslims.

A 2010 study by the Combating Terrorism Center at West Point confirmed what many of us Muslims knew all along: 85% of al-Qaeda’s victims between 2004 and 2008 lived in Muslim-majority nations. A more recent study by the RAND Corporation similarly found that about 98% of al-Qaeda's attacks between 1998 and 2011 were "part of an insurgency where operatives tried to overthrow a local government or secede from it — and were not in the West."

The ruthless terrorist attacks in places as varied as Baghdad, Peshawar, Sanaa, Algiers, Kandahar, Riyadh, Amman, Mogadishu and Timbuktu show the dubious nature of the militants’ claims. Both Sunni and Shiite militants who have jumped into the fray in Syria have characterized their brutal attacks against Muslims of the opposing sect as "jihad."

While the West is mostly concerned with sporadic terrorist attacks that Islamist militants have conducted in cities such as New York, Madrid and London, Muslims should be more concerned about the sustained onslaught against Muslim-majority states. In places like Iraq, Afghanistan and Somalia, militants have eroded not only any semblance of peace and stability, but have injected an insidious sectarianism that has seriously weakened social fabrics. It is no wonder that nations where militants have established a foothold and continue to contest state legitimacy find themselves topping the lists of failed states year after year.

Oddly enough, the country most often singled out as the main "exporter" of militant Islam across the globe — Saudi Arabia — seems to appreciate the danger that this politicized jihad poses to Muslims more than most. While Saudi authorities have not completely expunged jihadist rhetoric from public discourse — the presence of Saudis among militants in Syria indicates that more work is needed — the multi-pronged approach Saudis have implemented to uproot militants and their ideology aims to delegitimize the notion that engaging in violence is the ultimate act of religious devotion.

The Saudi counter-terrorism effort has been part security operation, part public awareness campaign. Although authorities have arrested hundreds of militants and killed many of their leaders, it is the pre-emptive measures that authorities have taken that are the most noteworthy, as they target the root of the problem.

Saudi authorities suspended hundreds of mosque imams and school teachers who espoused militant views. They also apprehended militant sympathizers and put hundreds of them through rehabilitation programs that aim for the renouncement of their violent views. They have even revised their school curriculum, and tried to more narrowly define and limit the concept of jihad: when Muslims can wage it and who can declare it. Mosque imams have also been warned not to deliver politically charged sermons.

This holistic, zero-tolerance approach should be attempted in other Muslim-majority countries. Thousands of Muslims have already paid with their lives. To say that millions more lives are at stake is not an exaggeration.

Fahad Nazer is a political analyst with JTG, Inc and a former political analyst at the Embassy of Saudi Arabia in Washington, DC. His writing has appeared in the International Herald Tribune, YaleGlobal Online and Al-Monitor, among others, and was recently featured on the website of the Council on Foreign Relations. On Twitter: @fanazer