The renewal of negotiations brings no guarantees, while the status quo of the last few years offered relative security to both Israelis and Palestinians. 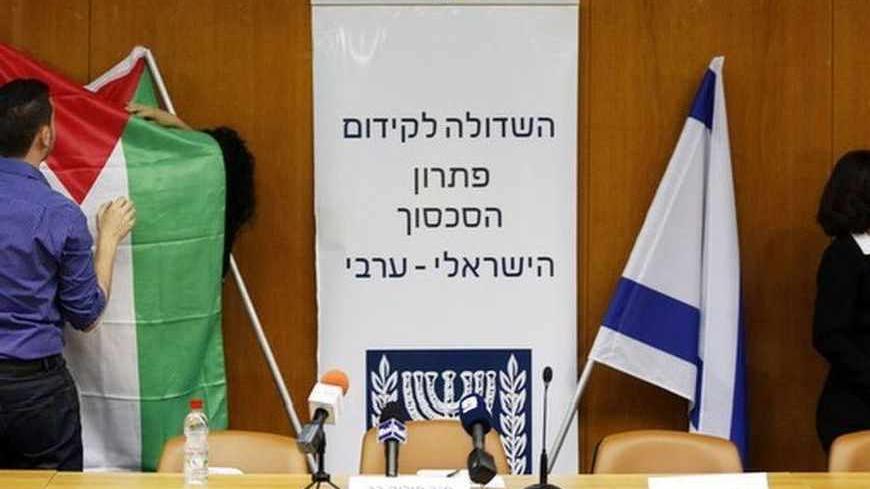 Analysts of the peace process, pleased by their renewed relevance, speak of the guarded hope, general skepticism and mostly indifference of Israelis and Palestinians, who believe little will come of the renewed talks. What I feel is neither hope, nor skepticism, nor indifference.

For more than 20 years, peace talks meant more terrorism and more death. The more serious the talks got, the greater the number of violent deaths.

The closer the negotiations came to addressing the core issues that have been tearing apart Israelis and Palestinians for decades, the worse the violence became. The more gut-wrenching the decisions that were discussed, the more the crazies on both sides emerged from their holes to kill, maim and send all chances for peace up in flames.

Negotiations for peace have become so associated with terrorism that in the 1990s, its victims were called “victims of peace.” We on the left, myself included, were so obsessed with peace that we insisted that negotiations continue despite the vicious acts of terrorism, as proper tribute to those “victims of peace.”

But peace should have no victims, and neither should the road to achieving it.

I listen in dread to the men who tell me how important it is that negotiations resume. I listen to the analysts, politicians and retired security chiefs argue in baritone voices, their confidence unmarred by years of being wrong, that the stalemate in the peace talks was dangerous, that the status quo could not endure and that a third bloody intifada was about to break out if negotiations did not resume.

The fact that the data did not support their supposedly obvious claims did not seem to bring about any sense of responsibility, humility or measure of self-doubt. The fact remained that the longer the stalemate continued, the less we were killing each other. During the last few years without negotiations, the number of Israelis and Palestinians killed as a result of violent conflict between them has been the lowest in decades, perhaps even in the entire history of the conflict.

True, a stalemate is not heroic. It is not accompanied by handshakes on manicured lawns. No one gets a Nobel Peace Prize for merely preventing Israelis and Palestinians from killing each other. But for Israelis, as well as Palestinians, the stalemate of the past few years has meant life.

So I question whether negotiations are good in and of themselves and whether we should aspire to their resumption no matter what. I wonder if it is right to cheer those who push the two sides to the negotiating table when they are not certain that they will emerge from the negotiations with an agreement that ends the conflict and the killing. The aphorism that trying and failing is better than not trying at all does not apply, because trying, and certainly trying and failing, means going back to a time when there was fear in going to cafes and buying pizzas and terror in getting stuck in traffic behind a bus.

I know that the right thing to do is to applaud the renewed negotiations, but before we go down this path, I wanted to share the feelings of one citizen who dreads their renewal and feels that this time around, if she has to choose between peace and life, she will choose life.

Einat Wilf was the chair of the Education Committee and a member of the Foreign Affairs and Defense Committee in the 18th Knesset. She is the author of three books that explore key issues in Israeli society.