Both left and right camps mistakenly argue that the State of Israel cannot reconcile the term "Jewish" with the term "democratic." 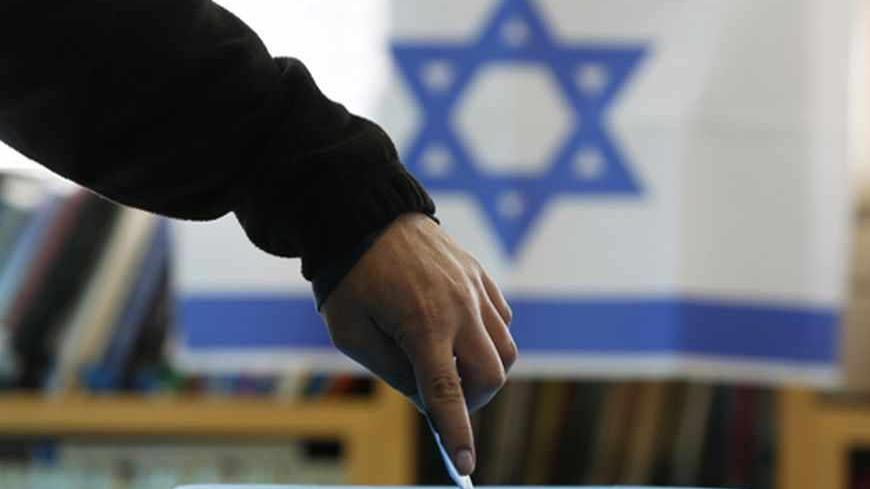 An Israeli flag is seen in the background as a man casts his ballot for the parliamentary election at a polling in the West Bank Jewish settlement of Ofra, north of Ramallah, Jan. 22, 2013. - REUTERS/Baz Ratner

Nothing could be more harmful to the domestic debate within Israel and our ability to continue the project of Jewish sovereignty and wrestle with its implications than the phrase “Jewish and democratic.”

Tzipi Livni, Israel’s minister of justice, nominated on Aug. 19 professor Ruth Gavison in charge of drafting a constitutional law proposal that would enshrine Israel’s status as the nation-state of the Jewish people, to address the slew of similar legislation initiatives. Her nomination and the phrasing of the laws as “Israel: Homeland of the Jewish people,” inspire hope for repairing the damage in the national and international discourse caused by the phrase “Jewish and democratic.”

The description of Israel as “Jewish and democratic” appears initially not in the Declaration of Independence — as is often thought — but in two 1992 constitutional laws pertaining to freedom of professions and dignity of all humans. Since that time, this has become the most common phrase describing the essence of Israel. But this formulation, originally intended to help resolve various tensions, has in itself become a source of problems. By its very phrasing as Jewish and democratic — joined together by the article “and” — the immediate assumption is that the two aspects are inherently contradictory and that Israel could hope for nothing more than a problematic compromise between the two.

Within Israel, as well as among Jews and Israel watchers, this equation has become one of antonyms — Jewish is the opposite of democratic. For those on the left, the democratic part of the equation has come to symbolize all the liberal and progressive values that they hold dear; and the Jewish side a mirror image of that. For the left, Jewish values are increasingly viewed as the repository of all that they detest. This is flipped for many on the right. For many on the right, Jewish values represent all that they care about and democracy the repository of all that threatens what they hold dear. Both left and right perceive Jewish and democratic as conflicting adjectives. They are wrong.

Democracy at its core is a system of governance. It is associated with specific values in the sense that liberal values are thought to be best expressed and ensured through the system of democracy, not because democracy is inherently liberal. An unchecked majoritarian democracy could be tyrannical and oppressive to minority rights, whereas a benevolent dictatorship could promote liberal values.

Like all ancient value systems that have been constantly evolving, Judaism can serve as a repository of liberal as well as ultra-conservative values. It is in the eye of the beholder and the interpreter. It is partial to neither of them. Jewish civilization, like all ancient civilizations, is so rich as to support any system of governance and any set of values that its bearers choose. Just as Confucianism can underpin a communist dictatorship and a capitalist state, so can Judaism underpin liberal democracy, a socialist utopia and authoritarian theocracy.

If anything, the sad reality is that many of those both on the left and right of Israel have forgotten how to argue for liberal values from within Jewish traditions and texts. The secular left has gone overboard in its desire to create a "new Jew" and, by and large, has given up on drawing on Jewish sources to argue for the liberal values that it holds dear. The left argues for progressive values almost exclusively from within foreign traditions. The religious right, for its side, has chosen to mine Jewish sources for limited political purposes and give up on a broader discussion of values in our society.

It is in Israel’s Declaration of Independence, in which the word “democratic” does not appear, that the new state’s aspirational values were best presented stating that “it will be based on freedom, justice and peace as envisaged by the prophets of Israel; it will ensure complete equality of social and political rights to all its inhabitants irrespective of religion, race or sex; it will guarantee freedom of religion, conscience, language, education and culture.” These were the values chosen for the state, considered not only desirable but grounded in Jewish tradition.

Liberal democracy is not inimical to paradoxes, ambiguities, contradictions and the constant tensions of human life and society, and is not designed to somehow make them go away. If anything, it is a response to them and is expressed through the continuous negotiation of its various paradoxes, ambiguities, contradictions and tensions. There is no inherent contradiction between “Jewish” and “democratic” or between “Jewish” and “liberal.” The only question is how those living in the democratic state of the Jewish people — Jews and non-Jews alike — choose to interpret Jewish tradition, in all its variety and wealth, to organize their common lives in the present.

Dr. Einat Wilf was the chair of the Education Committee and a member of the Foreign Affairs and Defense Committee in the 18th Knesset. She is the author of three books that explore key issues in Israeli society.