Israel Concerned By US Hesitancy in Egypt

In view of American hesitant reactions to events in Egypt, Israeli officials wonder: Is the United States losing its grip on events in the Middle East? 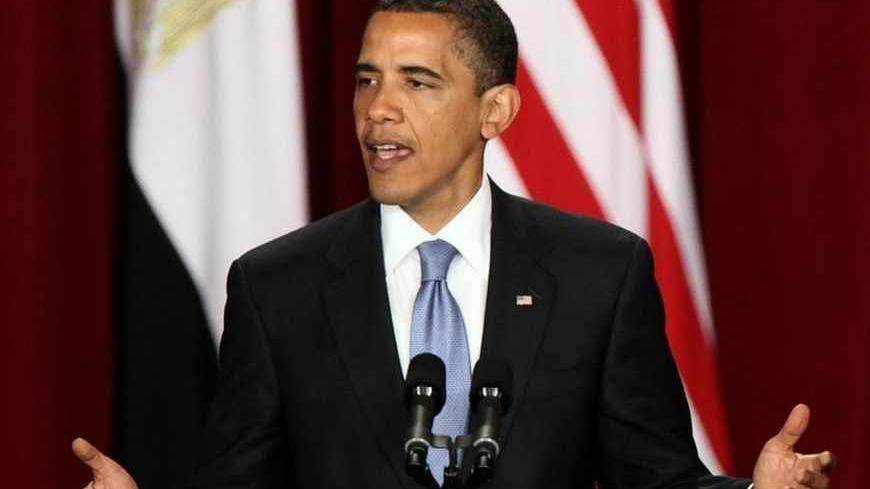 Omar Suleiman, the late Egyptian intelligence minister, who was the strongman in ousted Egyptian President Hosni Mubarak’s regime and the person whom the Muslim Brotherhood dreaded, once met with a delegation of Israeli Knesset members, explaining to them how he was able to suppress the Brotherhood movement.

It’s not much of a problem for us, Suleiman related. If I get the right means and the right budget, I can overcome it. You need to want it and have the money. On a different occasion, Suleiman told his Israeli interlocutors that he couldn’t understand Israel’s great hesitation in releasing Palestinian prisoners in exchange for freeing Israeli soldier Gilad Shalit. Let them go free now, then apprehend them and later kill them. That shouldn’t be a big problem for you, he said.

This was his worldview. As Mubarak’s whip against the threat of the Muslim Brotherhood, Suleiman enabled the Egyptian president to keep the faltering country afloat and even achieve significant economic growth during the last years of his rule. During those dozens of years, the regime would call an “election” every few years which was a total sham. After a day or two the “results” would be announced: The Egyptian people once again voted in droves for the ra’is (ruler), and everything turned out well. It seems to me that if the current events continue their present course, it won’t be long before the Egyptians start missing Mubarak, and also Suleiman. And not just them. We will miss them too, as will the Americans.

What’s funny is that during all those Mubarak and Suleiman years, the United States supported the Egyptian regime, viewing it as a strategic partner. Egypt was a pivotal American ally in the Middle East, serving as a significant anchor for US interests and being an instrumental stabilizing factor. Israel’s president, Shimon Peres, called Mubarak “the rock” of the Middle East — the only real thing you could rely on when you wanted to placate the region or maintain some kind of sanity. This was the unassailable truth.

But lo and behold, the United States is considering its steps following the ouster of Egyptian President Mohammed Morsi because it is uncertain whether the act met democratic and moral criteria. Incidentally, it would seem to me that Egyptian army chief Gen. Abdel Fattah al-Sisi also failed to meet diplomatic decorum when he summoned his own president to inform him that he was no longer the president, putting him under arrest. It’s all true. Yet in a region as complicated as the Middle East, at a sensitive and a volatile time such as the present, and given this impossible reality, you could have expected the United States — (still) the most influential power in the world — to show some flexibility of thought. There used to be a large insurance company in Israel whose slogan was “On the road, don’t be right, be smart.” That slogan, by the way, was a major success. The company, by contrast, went bankrupt and was dissolved. So there’s really no telling.

Democracy is a reasonable form of government. It’s better than the alternatives. Suffering from naiveté, it can be taken advantage of. In recent years, democracy has become a kind of sophisticated boomerang that returns to hurt the person throwing it. A radical religious stream exploits democracy to rise to power to take immediate steps to restrict democracy and limit its scope so as to perpetuate its rule. This was the case with Hamas in Gaza, when the terrorist organization won the elections, immediately seizing Gaza militarily, thrusting Fatah militants from the rooftops throughout the city, shooting and killing dozens, and instating Sharia-based Islamic terror. A woman in Gaza cannot walk around today without wearing a full hijab (headscarf), and Sharia is the source of authority and power. Gazans enjoy freedom and liberty as much as their brethren in Tehran. But the main thing is that they have democracy in place.

That was also the case in Egypt. The first thing the Muslim Brotherhood did after Mohammed Morsi won the elections was to draw up a new constitution. The Egyptian people did not take to the streets by millions because of Morsi’s beard or the budgetary deficit. They took to the streets because of an attempt to throw them into a cage under the aegis of democracy.

Morsi’s ouster did not flagrantly break the framework of democratic definitions, and was the right thing to do. It’s called defensive democracy. And if the Americans still vacillate on what to call the events in Egypt — a revolution or a military coup — here’s what a high-ranking Israeli diplomatic official has said in closed forums: “This was a popular revolution assisted by the military. The people initiated it — the military carried it out.”

But the definition is unimportant. What is important is the substance. According to this Israeli official, who is well versed in Egyptian affairs and has fostered ties with the Egyptian regime for years, “The Muslim Brotherhood was hiding in burrows for years, languishing under the yoke of the regime. And then, almost overnight, it became the ruler of the country. This drove its members out of their minds, prompting them to make some serious mistakes. But mistakes come with a price. What should be our concern, as well as the Americans’, is how to help Egypt stabilize and keep the frame intact and not falling apart. Failing to decide whether or not to provide assistance is not going to be helpful.” That’s as much as the high-ranking Israeli official would say.

Some people in Israel point out the poor American track record in connection with identifying processes in the Middle East, namely assisting friends and identifying foes. Israel has still not forgotten Hamas participation in the Palestinian Authority elections which was coerced by the Americans (under President Bush’s administration in 2006), the American hesitancy following the Green Movement riots in Iran (2009-2010) at the most critical juncture, as well as the American hesitancy in Libya, the feet-dragging in Syria, and a long list of other embarrassing American displays that have caused immense cumulative damage to all those seeking to have a quiet, moderate Middle East.

Generally speaking, while the world awaits the big war with Iran and the Americans go on investing what little energy they have left in resuming the negotiations between Israel and the Palestinians, it appears that the big war has in fact been raging for the last two years elsewhere, on Syrian soil. And we’re all in it up to our necks. This is an ethnic, tribal, religious war, in which are mingling Shiites and Alawites together with Sunnis and Salafists. It is a war where every jihadist or global terror organization that respects itself tries to meddle. Europe is implicated in it, as well as the US and Russia, and Israel for sure. Yet the world remains silent. We pretend as if this bull is not standing in the middle of our china shop, hoping it will simply saunter away.

Commentators call the American Middle Eastern policy a transition from displaying superpower to the discretionary use of soft power diplomacy. The problem is that something has gone awry in implementing this sharp transition, and what we’ve ended up with is more poor power. This — Israelis contend — was demonstrated in President Barack Obama’s Cairo address (2009) which produced negative results and caused heavy damage to American policy during Obama’s first term regarding Israeli-Palestinian negotiations, the loss of American deterrence as seen by North Korea's insolence and Iran’s unbridled nuclear program.

When the Middle East is falling apart, there’s an urgent need for a responsible adult who will give directions and keep things in order, says an Israeli defense official. Once there used to be such an adult, but I think he’s already gone, he adds. On the other hand, I don’t blame him. Maybe he’s fed up.