The Kurdistan Region of Iraq’s Islamist parties consider the coup that ousted Egyptian President Mohammed Morsi a setback for democracy. 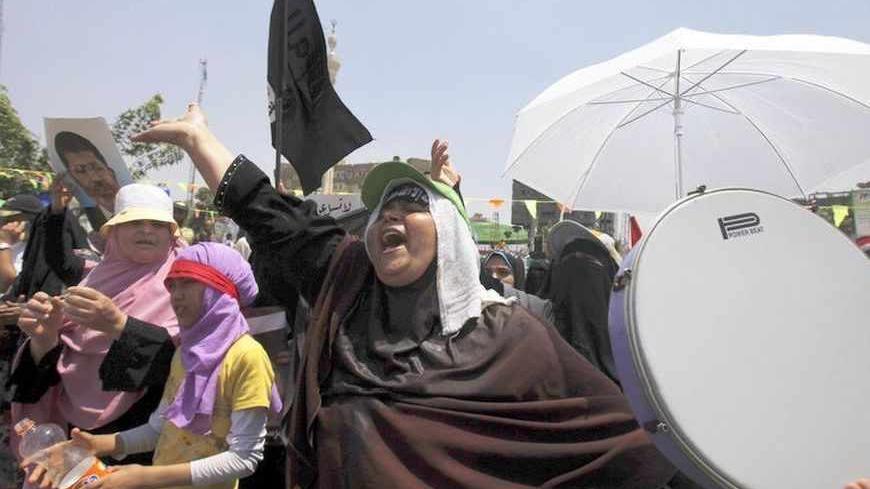 While secular parties in the Kurdistan Region of Iraq have remained silent toward the downfall of the rule of the Muslim Brotherhood in Egypt, Kurdish Islamic movements expressed their concern about what they considered a coup against democracy and legitimacy in the Middle East.

The Kurdistan Islamic Union (KIU), an influential opposition party in the Kurdistan region of Iraq that retains the Brotherhood’s ideology, expressed concerns over the recent events in Egypt and the use of force for ousting Morsi.

The KIU, which controls six out of 111 seats in the Kurdistan regional parliament, held a meeting for its political bureau on July 4, 2013, to discuss the “military coup in Egypt.” According to the party’s statement posted on its website, “The political bureau expressed concern regarding the use of force by the army in political conflicts, and the party believes that what happened was a military coup against democracy and against a civilian president elected through the ballot box.”

The statement added, “The KIU believes this event undermines the will of the people and represents a return to military dictatorship and a defeat of the democratic process and freedom.”

Moreover, the statement also expressed the KIU's regret that the Egyptian forces and political figures who for years have been calling for freedom, democracy and protection of human rights and citizenship now resort to using military force in political conflicts.

It is worth mentioning that KIU is regarded as the Kurdish branch of the Muslim Brotherhood in Iraq. In 2005, its headquarters in the Dahuk province were attacked by the followers of the Kurdistan Democratic Party (KDP), headed by Kurdistan Regional Government (KRG) President Massoud Barzani. These attacks resulted in the death of a number of prominent executive officials. This occurred as a result of the KIU’s demands to the KRG, including the elimination of administrative and political corruption in the region. Again, at the end of 2011, a pro-Barzani group attacked the party’s headquarters, setting it on fire and wreaking havoc.

The opposition Islamic Group in Kurdistan, which, with four seats in parliament, is the fourth largest group in the Kurdistan regional parliament after the KIU, also condemned the overthrow of the Egyptian president, describing it as a dangerous event.

A statement signed by the group's leader Ali Bapir and issued on July 7, asserted, “This incident and the position of these secular parties and their supporting regimes and forces are proof that they implement democracy as they see fit, and that whenever Islam participates in the democratic process they will put an end to its participation, since they are using democracy only as a cover without really believing in it.”

In his statement, Bapir indicated that the Islamic Salvation Front (FIS) in Algeria in 1992, the Turkish Welfare Party in 1996 and Hamas in Palestine in 2006, had the same fate as the Muslim Brotherhood in Egypt.

Bapir stressed the need to give the Egyptian president a chance to complete his term, since he is the legitimate president of the country. “We cannot deny that there have been massive protests by citizens against Morsi and his government, and that millions of signatures were collected against him, but the truth remains that he was the legitimate president-elect and he was elected by millions of citizens,” Bapir noted.

He added, “In a democratic and constitutional process, whoever gets the majority of votes shall rule, and everyone must abide by the president elected by said majority. The minority shall limit its demands within the scope of the law and the constitution, without breaching them.”

On a different note, political observers in the Kurdistan Region of Iraq had divergent opinions on the Islamic groups’ concerns regarding recent developments in Egypt and its future implications for them.

“Given that the KIU is affiliated with the Brotherhood, these events will affect it morally. This was the case with the emergence of Islamist groups — in particular the Brotherhood — following the Arab Spring. The KIU had insisted on holding the elections in the region in a timely manner, since it believed this would garner a large number of votes following the victory of the Muslim Brotherhood in the countries witnessing the Arab Spring,” said Abdul Khaliq.

Mohammed Baziani, an Islamic researcher and the head of the al-Huda Center for Strategic Studies, founded in 1998, opines that Islamists in the Kurdistan Region of Iraq are still a weak force compared to the secular forces and that their positions toward the ousting of Morsi stem from sympathy for him and from their support for the democratic process in Egypt.

Speaking to Al-Monitor, Baziani added, “I think that this sympathy is normal given that what happened in Egypt is a coup against legitimacy, since the Kurdistan Islamists believe in a peaceful political process and transfer of power. This is why Kurdistan’s Islamist groups sympathize with the Egyptian president.”

Baziani pointed out that the closing of satellite channels affiliated with Islamist groups and the arrest of Islamist leaders in Egypt are against the democratic process and constitute a monopoly of power by the army and groups affiliated with secular movements.

Abdel Hamid Zebari is a contributing writer for Al-Monitor’s Iraq Pulse. A reporter from Erbil who works in print journalism and radio, he has published several reports in local and world media, including Agence France-Press and Radio Free Iraq (Radio Free Europe)