Due to controversial wording in its draft and a general outcry from the country’s media community, Iraq has not passed its Communications and Media Commission law. 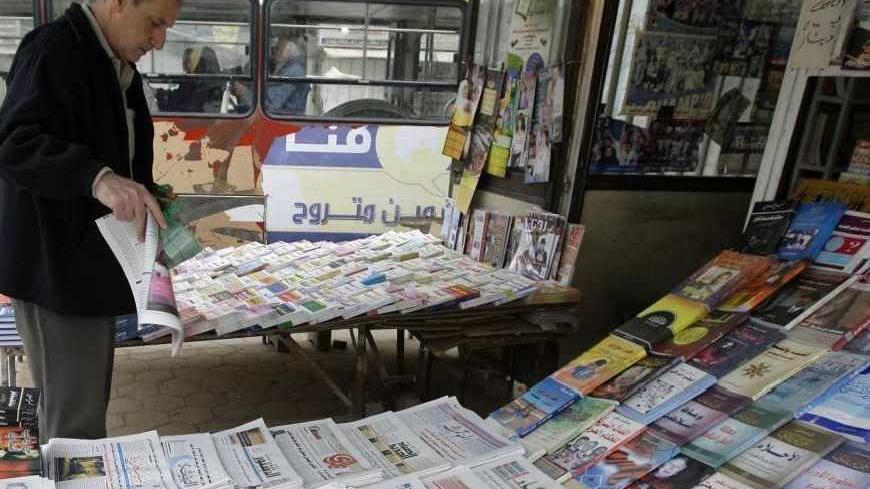 On July 7, the Iraqi Council of Representatives did not vote to enact two controversial laws: the Communications and Media Commission of Iraq (CMC) law, and the information crimes law.

A senior source at the office of Iraqi Parliament Speaker Osama al-Nujaifi told Al-Monitor, “Political differences between parliamentary blocs, the major objections by civil society organizations, and great pressures from journalists forced parliament to not enact the two laws.”

The CMC, which oversees the telecommunications sector in the country and regulates satellite broadcast, still works in accordance with the law that was prepared by Paul Bremer, the US civil administrator of Iraq after 2003. The CMC is trying to remove Bremer’s legacy and draft a new Iraqi law. Yet, there are suspicions that the new wording would impose additional restrictions on the work of the Iraqi media.

The source added, “The CMC and information crimes laws were sent back to the Iraqi government to be redrafted, and to examine the opposition's demands.”

The source quoted leaders of the main parliamentary blocs as saying, “They are worried about the magnitude of the local public opinion’s objection to the wording of the law. For this reason, they found that it is sufficient for parliament to get rid of the two laws, and leave the responsibility of modifying the wording of the laws to the government, led by Prime Minister Nouri al-Maliki.”

Safeddine Rabi, head of the CMC and a close associate of Maliki, said, “The request to withdraw the CMC law came after the journalists’ remarks on the draft law, (who claimed that the law) restricts the freedom of the press.”

He told Al-Monitor, “The draft law will be redrafted so that it respects freedom of the press in the country.”

Nevertheless, there are concerns that influential Islamist parties will exploit the law, especially when it includes penalties against those that they deem to violate national security.

Batoul Farouq, a Shiite member of the State of Law Coalition, said, “The entire media quarters are against the law. Accordingly, it was not added on the agenda. We are waiting for these laws to be sent back to parliament after the government modifies them.”

A July 2012 Human Rights Watch (HRW) special report addressed the information crimes draft law. The report focused on a number of articles that impose severe punishments, such as life imprisonment for crimes outlined in vague provisions.

HRW described the Iraqi law as a “disgrace.” It stated, “Iraq’s government is in the process of enacting what it refers to as an Information Crimes Law to regulate the use of information networks, computers, and other electronic devices and systems. ... As currently drafted, the proposed legislation violates international standards protecting due process, freedom of speech, and freedom of association.”

HRW called on the Iraqi government to review the draft law and other Iraqi laws, in order to remove all articles that are not in line with Iraq's international commitments, given that Iraq is member of the International Covenant on Civil and Political Rights (ICCPR). It also made ​​recommendations to the council of representatives and called on it not to pass the law.

Ziad Ojaili, a journalist, civil activist and director of the Journalistic Freedoms Observatory in Iraq, said: “Withdrawing the CMC law is a victory for the principles of democracy and it culminates the media and civil society organizations’ efforts, which have sought to prevent what happened with the freedom of the press law from being repeated.”

Ojaili believes, “Withdrawing the law is an opportunity that allows the elites to push a draft law that will be the best in the Arab region, and that guarantees the freedom of speech, and goes in line with the political system in Iraq.”

Ojaili said, “The Iraqi parliament previously approved a law that is no less worse than these laws, namely the law to protect journalists. Yet, pressures exerted by the moderate lobby in parliament and by media quarters seem to have contributed in persuading parliament this time about the dangers of passing laws that do not comply with the principles of democracy in the country.”

He added, “Some politicians have realized that their survival in power will not last long under a genuine democratic system and that the laws that they seek to pass that tighten the authority’s grip on the media will be a disaster for them once they become part of the opposition.”

Ojaili continued, “The CMC draft law includes many unrealistic and vague articles that could turn into a sword hanging over the necks of the media, by interfering with their work and drawing their policy.”