The Kurdistan Regional Government's sophisticated intelligence network has ensured relative peace in contrast to the rest of Iraq. 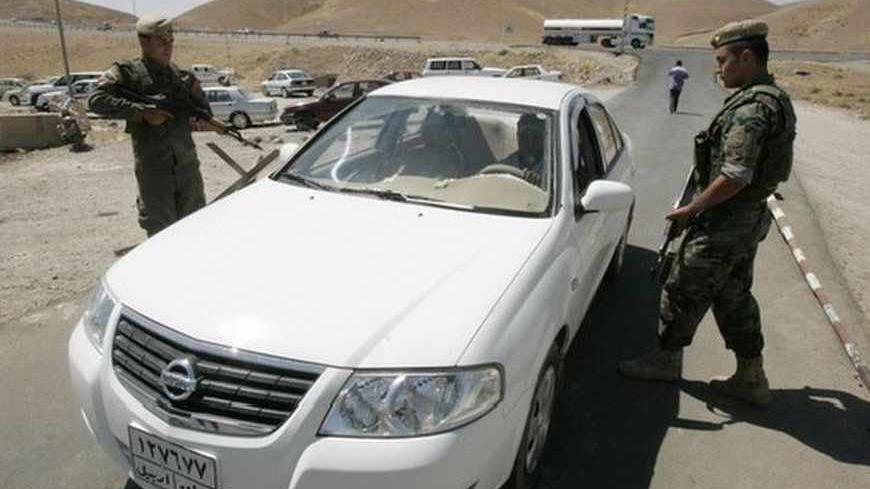 SULAIMANIYAH, Iraq — At the last checkpoint on the road leading into the Iraqi Kurdish city of Erbil, a driver rolls down his window and a uniformed officer peers into the car.

“Are there Arabs onboard?” he asks. Kurds are waved through while Arab passengers are questioned, and almost all are told to get out of the car for further checks by the US-trained Kurdish security forces.

Strict control of access to Iraq’s autonomous Kurdish region has helped insulate it against the violence that plagues the rest of the country, where bombings and shootings are a daily reality that has driven thousands of Arabs, including Christians, north seeking refuge.

To illustrate how far removed the Kurdish region is from the security problems of the rest of Iraq, while militants stormed Abu Ghraib prison this week and released 500 convicts, including senior members of al-Qaeda, one of the top headlines in the local Kurdish press was the death of a 14-year-old girl stung by a scorpion.

Stability and security have attracted foreign investors, including some of the world’s largest oil companies, to Iraqi Kurdistan, dramatically improving the standard of living in a region that was once the most impoverished and repressed in Iraq. After years of suffering, even Kurds who complain about corruption and lack of transparency have a stake in maintaining the peace and security of the region.

“The main reason we have been successful in maintaining security is the full cooperation of the Kurdish people with the security forces,” one of the most senior security officials in the region told Al-Monitor on condition of anonymity.

Kurdish security forces known as Asayesh closely monitor everyone, including the local population but particularly outsiders, drawing on a web of informants across all walks of life. Many Kurdish households are on the government payroll, creating a network of patronage that engenders loyalty to the quasi-state.

"If I see anyone acting suspiciously while driving my taxi, I won't hesitate to call 106 [the emergency number] and report them to Asayesh,” said a taxi driver in the city of Sulaimaniyah who has worked with the Asayesh for the last 17 years. “As a matter of fact, I have called that number more than a 100 times and reported people who I believed were acting out of the ordinary."

Asked how the Asayesh operated, he said there were more than 1,000 other taxi drivers like him in Sulaimaniyah alone working closely with the security services, often on a voluntary basis, to help identify potential threats. “There is not a place in this city where we don’t have informers. Ordinary people happily inform on each other and we respond to the most trivial of incidents because we can’t afford to alienate the people who help us.”

The use of intelligence has so far proven effective in the Kurdish region while the central government insists on using devices such as "bomb detector" ADE651, which has had little effect in detecting explosives at checkpoints. Advice on the UK’s foreign-travel website strongly discourages all but essential travel to the whole of Iraq “except the Kurdistan region.”

Emma Sky, who was the governor of Kirkuk province from 2003 to 2004 and later became a political adviser to the US General Ray Odeirno in Iraq, attributed the stability and security of the Kurdistan Regional Government (KRG) to the skill of its security services.

“[The KRG] has a professional and sophisticated intelligence apparatus which is loyal to the KRG, and which carefully monitors suspicious activities and controls access into the region," Sky said in an email interview with Al-Monitor.

Sky, who is currently a senior fellow at Yale University’s Jackson Institute, where she lectures on the New Iraq and Middle East Politics, considers the legitimacy of the KRG another important factor in maintaining security in the region.

But not all Kurdish areas are immune to violence. Around 100 km away in volatile, ethnically diverse Kirkuk, where a security trench is being built around the city, stray plastic sandals and pools of blood marked the spot where a suicide bomber blew himself up in a busy cafe on July 13, leaving 41 mostly young men dead.

Two days after the bombing, I asked a group of young men smoking shisha at the Penjweni cafe in the Kurdish city of Sulaimaniyah whether they ever worried about being targeted. "That thought is not even in the back of my mind,” one young man replied while his friends smiled and nodded in agreement.

A monument in a park in Erbil serves as a reminder of the danger. On it are engraved the names of 117 people who were killed when two suicide bombers tore through the offices of the region’s ruling party in 2004. Following those attacks, the senior official said the security forces had changed their approach, thwarting attacks in the making, sometimes outside the confines of the region.

"We have managed to keep the terrorist groups in check both inside and even outside the region. We have taken the fight to the terrorists … we foil their plots as they are being hatched.”