The Kurdistan Region of Iraq deals with the implications of its first terrorist attack in six years. 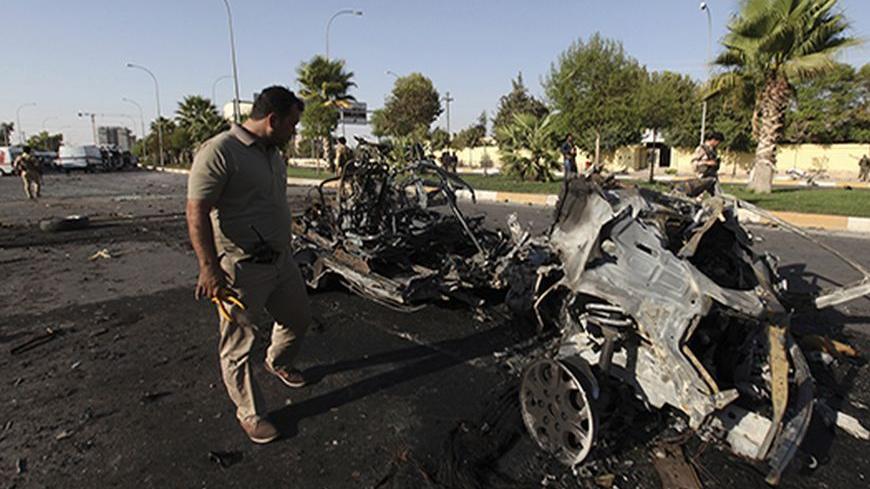 The bomb attack against the Kurdistan Regional Government’s Ministry of Interior in Erbil last week that killed six Kurdish security guards (asayish) and wounded more than 60 people represents a rare event in the relatively secure northern enclave. The region had not experienced such an attack since 2007, which targeted the same ministry. Al-Qaeda’s Islamic State of Iraq and al-Sham (ISIS) reportedly claimed responsibility for the attack as a retaliation to KRG President Massoud Barzani’s stated willingness to assist the Iraqi government and Kurdish militias in Syria in combating terrorism.

Yet, a deeper look into the Erbil bombing reveals that it was more than a Syrian spillover or “the one that got through.” Although the investigation continues and conspiracy theories abound, local sources indicate that the bombing was part of a well-orchestrated escape from the KRG’s anti-terror prison linked to the Ministry of Interior in Erbil. Accordingly, the aim of the terrorists-escapees was to release one of their leaders affiliated with ISIS who had been detained in the security prison for years. The modus operandi was nearly identical to the Abu Ghraib prison break in Baghdad in July 2013, also perpetrated by ISIS.

Additional issues indicate internal influences. How an explosives-filled ambulance was able to pass through the KRG’s Erbil checkpoint, particularly if driven by Arabs or foreigners as some claim, remains questionable. Equally dubious is the suicide of the asayish officer and head of camera surveillance of Erbil checkpoints and the security building the day after the bombing — reportedly due to large financial debt.  These issues have raised speculation about the underlying causes of the bombing that hint at the Kurdistan Region’s own radical Islamic challenges.

In part they can be traced to the four-year Kurdish civil war (1994-1998) which not only pitted the Kurdistan Democratic Party (KDP) against the Patriotic Union of Kurdistan (PUK), but created a power vacuum and breeding ground for radicalized members of the Islamic Movement of Kurdistan (IMK) to penetrate. The IMK eventually splintered into small groups that became the precursor to Ansar al-Islam, a local Al-Qaeda affiliate that operated in northern and central Iraq, particularly the Iranian border regions. Senior Ansar leaders were killed or imprisoned during coalition and KRG raids in 2006; however, the rank and file took refuge in Iran and/or joined other al-Qaeda groups operating in the region. These influences also can be found in the region today; the IMK recently won one seat in the Iraqi Kurdish parliamentary elections, even if the overall Islamic party votes declined.

Threats to the KRG by radical Islamic and Sunni Arab groups have re-emerged with changing political circumstances in post-Saddam Iraq and the region. Although the KRG has successfully thwarted al-Qaeda groups in the three provinces of its region (Dahuk, Erbil and Sulaimaniyah) as compared with Baghdad’s dismal performance in central and southern Iraq, it has become increasingly prone to terrorism in the disputed lands. The KRG’s territorial expansionism and de facto control of areas in Kirkuk, Ninevah and Diyala since 2003 have not only challenged Sunni Arab nationalism in these areas, but placed local populations and territories in the heart of al-Qaeda influence.

These trends have implications for the Kurdistan Region’s political alliances, security and governance. Even if the bombing remains an anomaly in the region, it has occurred during a period of political uncertainty and instability and when borders have become increasingly porous. As al-Qaeda terrorism continues to destabilize Iraq and hit the KRG closer to home, Erbil and Baghdad may need to affirm their mutual security interests. These interests also involve checking the development of a strong Sunni Arab region, and the spillover of Sunni Arab nationalist influences in Syria.

Spreading al-Qaeda threats in the Kurdistan Region could even undermine inter-communal relations. The bombing has stirred exclusionary Kurdish nationalist sentiments and reinforced calls for the region to remain distinct from the rest of Iraq. Some local populations have blamed “Arabs and Islamists” for the bombing, demanding tighter restrictions against them in the region. These demands may challenge the KRG’s vested interests in expanding commerce, energy sector growth and regional tourism through open borders that could impinge upon economic development and intra-provincial alliances.

Further, whether or not the full story of the bombing is revealed, the KRG’s heightened internal security measures will likely challenge local populations seeking greater political freedoms and checks on the KRG and political party controls over society. These challenges are particularly salient in light of the Iraqi Kurdish election results, which gave the KDP a majority of seats (38) but not a majority of popular votes in any governorate but Dahuk.  In fact, rather than rally behind the KRG after the bombings, some populations – mainly opposition and independents – have questioned the authenticity of the ISIS statement and KRG report, arguing that Barzani does not support those Syrian Kurds fighting against the ISIS and Jabhat al-Nusra, namely the PKK-affiliated Kurdistan Union Party (PYD). These challenges to KRG’s authority and the political polarizations they enforce are likely to further complicate the Kurdish officials’ security calculus and trade-offs involved in stabilizing the Kurdistan Region.