Turkey Protest Violence All Too Familiar to Kurds

Media coverage of police brutality in the Istanbul protests presents an opportunity for the country to address the violence Kurds have faced for decades. 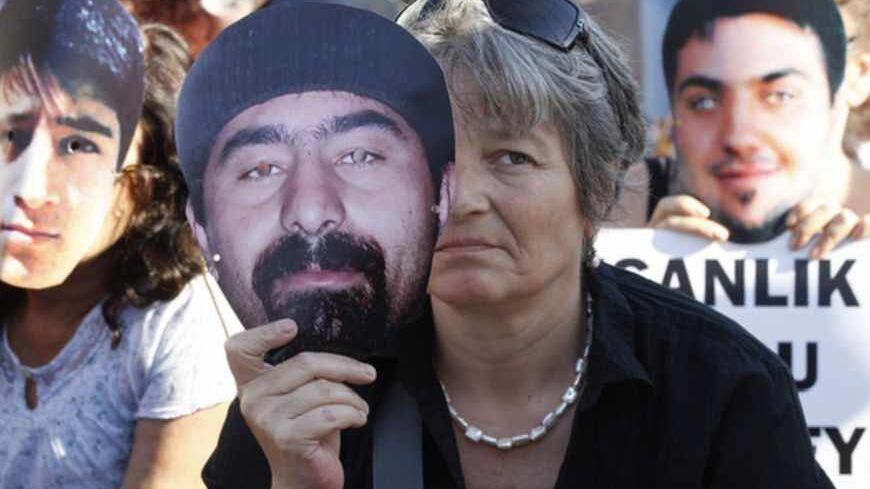 The brutalization of Turkish society by the Turkish security forces for most of modern Turkey's life, and particularly since the military coup of 1980, has inevitably resulted in an internal crisis of governance and the lack of a civic mentality. However, it is wrong to lay all the blame for the crisis that came to a head in Istanbul’s Gezi Park at Prime Ministers Recep Tayyip Erdogan’s doorstep.

The recent demonstrations offer an opportunity to address police brutality in Turkey, in particular the legacy of the country’s three-decade war in the southeast, where the same police force that fired tear and pepper gas at protesters in Gezi Park honed its ruthless response to dissent on the country’s Kurdish minority.

Despite their ideological differences, successive regimes in Turkey, Iraq, Iran and Syria have since the early 20th century agreed on one thing: the oppression of Kurdish minorities in the Middle East. But it now seems the brutalization of these societies by security forces is backfiring. While the Arab parts of Iraq are being torn apart in a sectarian power struggle, the Kurdish region is prospering. In Syria, where civil war has reduced much of the country to rubble, the Kurdish people have stayed on the sidelines and their region remains relatively safe. In Iran, while Tehran and other large cities churned in the aftermath of the 2009 presidential elections, the Kurdish areas stayed calm. And as Turkish police fired up to 130,000 tear-gas canisters against protesters in Istanbul and Ankara, with plans to buy a further 100,000, the Kurdish areas in the southeast of the country have seldom been so quiet.

For more than 30 years, the Turkish state used the army and police to oppress Kurds demanding recognition of their basic rights. In fact, denial has been a hallmark of successive Turkish governments since the day Mustafa Kemal Ataturk founded the republic in 1923 and promptly removed every official reference to the Kurds and Kurdistan as well as the Armenian Genocide of 1915 and banned the media from using those terms. When, for instance, the Kurds of Dersim challenged the state in 1937, Ataturk sent in troops, including his adoptive fighter-pilot daughter, resulting in the deaths of around 40,000 Kurds. Other parties that came to power after Ataturk denied that the Kurds existed in Turkey until 1991, justifying their persecution under the rubric of fighting terrorism. However, in November 1991, then-prime minister Suleyman Demirel said the Kurdish issue was "Turkey's top problem," calling into question the previous oppressive policies.

Now, the ruling Justice and Development Party (AKP) government, despite its considerable achievements since coming to power in 2002, is using the same "terrorism" label to delegitimize the Taksim protesters. This is despite President Abdullah Gul admitting that the security approach to the Kurds had failed when he referred to the Kurdish question as Turkey’s “most important problem" in 2011.

As AKP officials want only throw around the “terror” label during protests that Erdogan has described as serving “Turkey’s enemies,” the protesters could also sympathize with thousands of Kurdish children brutalized at the hands of the AKP government’s police: "Since 2006, thousands of children in Turkey, some as young as 12, have been prosecuted under anti-terrorism legislation solely for their alleged participation in demonstrations focused on issues of concern to members of the Kurdish community," wrote Amnesty International in a June 2010 report.

In September last year, I paid a visit to the offices of a well-known Kurdish newspaper, Ozgur Gundem, a few minutes’ walk from Gezi Park, where the current protests erupted in late May. There was no sign to indicate the building held a well-known Kurdish newspaper in Turkey “because we have been attacked in the past by Turkish nationalists," said my guide, a female journalist who worked there. On the fifth floor of the building, I came face to face with a large banner depicting the images of around 33 men and women. The faces, I was told, were those of journalists killed in the 1990s, when shadowy state units gunned down hundreds of Kurdish intellectuals, journalists and activists, as well as ordinary people.

As a result of this long and bloody repression against the Kurds, Turkish society has been fragmented and factionalized, making it difficult to challenge and reform the state. The Islamists, the secularists, the Kurds, the military establishment and the Alevis have been pitted against each other by different governments in Turkey since 1923. This splitting of Turkish society has allowed, for instance, the military government of the 1980s to imprison thousands of people and inflict untold brutality, particularly in the Kurdish areas of the southeast.

Erdogan should remember that the inhumanity of the Turkish security services and in particular the prisoners' resistance in the infamous Number 5 prison in the city of Diyarbakir in 1980s propelled the Kurdistan Workers Party (PKK) to the forefront of the Kurdish rights movement. The result has been devastating: more than 40,000 lives lost and over $300 billion dollars in cost to the economy.

Professor Dogu Ergil, who was tasked in 1995 with writing a report on the economy of the Kurdish southeast and then accused by the Turkish media of being a CIA agent after he criticized the state’s discriminatory policies in the southeast, wrote, “I am very disappointed. If this is how the major — I don't say all — part of Turkey's media and politicians are, Turkey is in real trouble. It is obvious why Turkey fails to solve its problems."

But apart from international human rights organizations and rare conscientious objectors, very few questioned the normalization of oppression in Turkish society. One soldier who felt traumatized by his experience in the southeast in 1990s told a researcher, “I have a feeling that people here (in the West of Turkey) are not aware of anything. The cities in the east, and not just the countryside, suffer from the war. … The special-operations soldiers tie the corpses of the dead guerrillas, terrorists or whatever you call them, to the back of their cars and drive around downtown.”

Many groups have made mistakes in Turkey, but it seems apologies are hard to come by. The PKK’s acting leader, Murat Karayilan, admitted in an interview on June 13 in Iraq’s Kandil Mountains that the PKK had committed errors in its 29-year insurgency, proposing a South African style Truth and Reconciliation commission for acknowledgment and ultimate forgiveness in Turkey on both sides.