Hamas says it has learned its lesson from previous experiences in Syria and Jordan, and is prepared for any sudden policy change from Qatar's new emir. 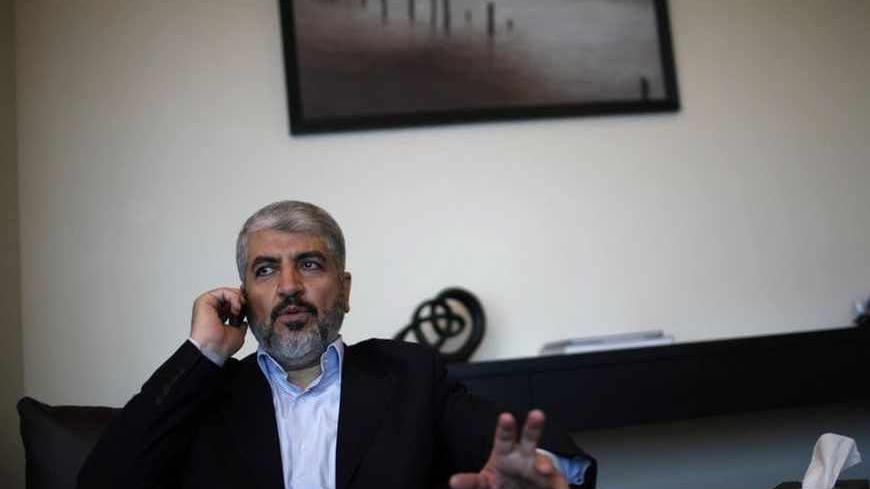 The transfer of power in Qatar from Sheikh Hamad bin Khalifa al-Thani to his son, Prince Tamim bin Hamad, has raised concerns within Hamas. The latter fears that this power shift could change the Islamic movement's relationship with Qatar. Some Hamas leaders are based in Qatar, most notably the head of the movement's political bureau, Khaled Meshaal, who left the Syrian capital, Damascus, after the outbreak of the crisis.

The Qatari leadership change reminded Hamas leaders of their previous experience in Jordan. When King Abdullah II came to power after the death of his father, he forced Hamas to leave the Jordanian arena, causing the movement to relocate its headquarters to Syria. However, the current changes seem less burdensome given the fact that its leadership is in Qatar on a temporary basis.

A well-informed Palestinian source, who refused to reveal his name, told Al-Monitor that Hamas had known for several months that the Qatari emir was planning to transfer power to his son, Crown Prince Tamim. Hamas was aware of Qatar's internal preparations to achieve a peaceful transition of power.

While Meshaal has strong personal ties to the former emir, Hamas leaders, according to the same source, fear that they will not have the same close relationship with the young Tamim, since his primary interest will be in establishing the basis for his reign in Qatar internally, before considering external relations.

At the same time, Hamas sources told Al-Monitor that the presence of the movement's leaders in Qatar was very important to the Qatari leadership, particularly after the Muslim Brotherhood's rise to power following the Arab Spring, and amid the ongoing fighting in Syria. These leaders know the intricacies of the Syrian leadership's political work, given that they resided in Damascus for many years and were close to the ruling Bashar al-Assad regime.

Qatar has been an important refuge for Hamas during the movement's critical times. It served as a temporary headquarters for its leadership abroad after it left Jordan, and currently serves as a base for some of its leaders after they broke ties with the Syrian regime. Furthermore, Qatar has provided financial support to the Gaza Strip, and was the first country to openly provide such support to the Hamas government in Gaza.

Bassem Naim, a Hamas foreign relations official, told Al-Monitor, "The new Qatari leadership may need some time to arrange internal affairs, but this will not take long given that Emir Tamim supports Qatari policy toward Palestine and the Palestinian cause."

Naim noted the importance of a popular presence of Palestinians in the headquarters of Hamas' leadership abroad. This is something that is not available in Qatar, despite the fact that "Hamas' top leader is granted full freedom to practice political work." Naim added, "The presence of expatriate communities would add a new dimension and depth to the leaderships in their various locations."

The well-informed source said that when Hamas' leadership left Syria, they spread out among several Arab countries. As a precaution, they did not all settle in one place, given the political changes in the troubled Arab region. This would allow them to find alternatives should there be any sudden changes in position toward Hamas, something that Naim did not deny.

When Tamim was crown prince, he accompanied Meshaal during his first official visit to Jordan last year. Meshaal held a reconciliation meeting with Jordanian King Abdullah II in Amman, following Qatari mediation between Jordan and Hamas.

Naim noted that while Hamas leaders do not feel that anything will change in their relationship with the new Qatari leadership, based on their political experience they believe that "in politics, nothing is absolute or final. Changes could occur that result in a change of positions."

The official Qatari News Agency (QNA) reported that Tamim received Meshaal so that he could congratulate the new emir on assuming the reins of power in the country. QNA did not provide further detail on the meeting, which was the first of its kind since the new emir assumed his position.

In his first speech since coming to power, Tamim stressed that Doha would respect regional and international commitments. Meanwhile, Hamas leader Izzat al-Rishq called on Tamim to "follow in the footsteps of his father regarding his continued support for the steadfastness of the Palestinian people."

Hamas has always praised Qatar's role in the Palestinian cause and its political and financial support to Ismail Haniyeh's government in Gaza. This is despite Qatar having close relations with the US and Europe and supporting the peaceful political solution to the Palestinian-Israeli conflict led by Palestinian President Mahmoud Abbas.

Naim said that Hamas has "developed close relations with several Arab and Islamic countries; it is no longer confined to one place." According to Naim, this is a "point of strength for the movement." He added that the Islamic movement has learned lessons from its prior experiences. Thus, it strives to not interfere in the internal affairs of other countries, yet seeks to strengthen relations to gain support for the Palestinian cause.