The Silence on Gaza

The crisis in Gaza doesn’t interest anyone when they can’t blame Israel. 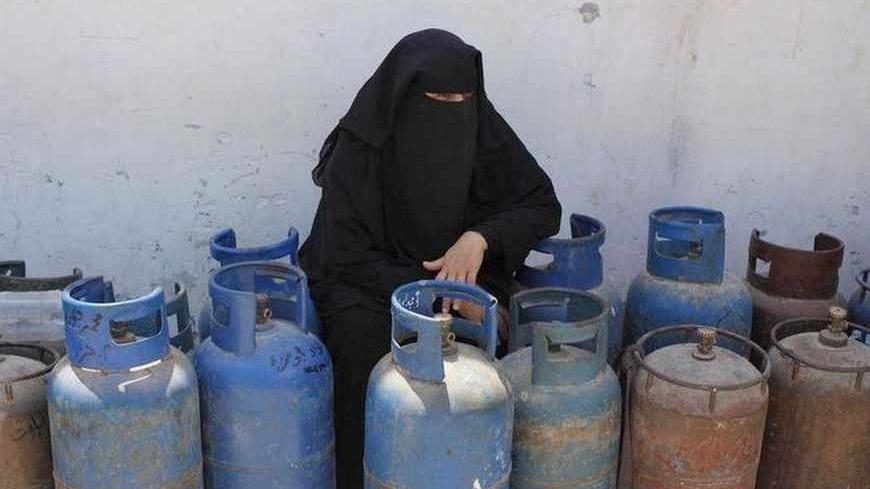 A Palestinian woman rests as she waits to fill her gas canisters at a gas filling station in Rafah in the southern Gaza Strip, July 10, 2013. - REUTERS/Ibraheem Abu Mustafa

Gaza is under closure again. If, until recently, it seemed to the leaders of Hamas both in Gaza and on the outside that after seven years of a suffocating siege, all their troubles were about to disappear, they are now seeing their world turning against them. Just a few months ago, the members of the organization were speaking rather seriously about how they managed to break through the barriers to receive international legitimacy, and how, very soon, they would be conducting a normal foreign policy, just like all the nations of the world. There were even those who tried to persuade Europe and the United State to remove Hamas from the list of terrorist organizations and to treat its government as the official representative of the people living in the Gaza Strip.

Then the skies came crashing down on them. Egyptian President Mohammed Morsi, a member of the Muslim Brotherhood, was deposed, and Hamas was pilloried along with him. Egypt’s new regime considers Hamas an enemy. The Egyptian army has launched a far-reaching offensive in the Sinai, and is waging a war of annihilation against the subterranean network of smuggling tunnels in Rafah, which were the main source of food and raw materials for the Gaza Strip. The light they saw at the end of the tunnel just a few months ago went out in a flicker. The markets emptied of goods, gasoline for automobiles has just about run out, and emergency stockpiles of gasoline and diesel fuel are running very low as well. The electricity is turned off every few hours, hospitals report that there is a shortage of drugs, and even cigarettes have vanished from the shops.

Right now Gaza is going backward six or seven years to a situation in which it is hermetically sealed off, almost as it was after the Hamas military coup of June 2007. Representatives of UNRWA, the UN relief agency for Palestinian refugees, have spent decades ensuring that an epidemic of hunger doesn’t break out in the Gaza Strip. Now, however, they are reporting that the situation is very severe, though it is still premature to define it as a humanitarian crisis. The situation has been described this way before. The only reason it did not develop into a full-blown humanitarian crisis is because of UNRWA, and no less because of Israel’s concerns about the implications of a humanitarian crisis on its international standing.

Isn’t it remarkable? The whole world is silent! Almost no one shows any interest in the Gaza Strip. Even Turkish Prime Minister Recep Tayyip Erdogan, the self-appointed patron of Gaza, has gone back on his plans to visit there and show support for Hamas. He will not be holding Hamas Prime Minister Ismail Haniyeh in a warm embrace. Nor does Erdogan have anything to say about the crisis these days, in contrast to his almost daily comments over the past six years. This time he isn’t threatening to send Turkish warships to accompany any aid flotillas trying to break through Israel’s maritime siege by sailing to El Arish.

It would be interesting to know what is happening in Bulent Yildirim’s group, the IHH, which organized the provocative voyage of the Mavi Marmara [2010]. Isn’t this the perfect time to get the boat ready for another voyage? Isn’t this the right moment to recruit volunteers from Lebanon, Syria, Turkey and the Gulf States to load crates of food and medicine on deck, so that they can be delivered to the people of Gaza, who are under siege? Is it plausible that in these very days, the group is keeping the Marmara docked so that it can continue to reap the praise of curious tourists, who have come to see that lone Turkish ship, which actually managed to trounce the Israelis and break the siege on Gaza?

Why don’t we hear Nobel Peace Prize laureate Mairead Maguire, who sailed on board the yacht sponsored by the group “Free Gaza”? And why isn’t the Al Jazeera network heard broadcasting from the Gaza Strip encouraging the local residents to take to the streets en masse, to tear down the wall around Rafah and burst into the Sinai? Even Sheikh Tamim, the current emir of Qatar, and the outgoing emir, Hamad bin Halifa Al Thani, haven’t been heard. They are not expressing their concern for the 1.3 million residents of Gaza. Nor have they uttered a word of condemnation directed at the new military and civilian leadership in Egypt either, even though the Egyptians regard Hamas as a hostile and dangerous organization, and even though they are largely responsible for the deteriorating humanitarian situation in the Gaza Strip.

The answer is obvious. This time there is no way to accuse Israel, because it is not involved in the injustice. These days, Israel barely imposes any restrictions whatsoever on the import of foodstuffs, clothing, and raw materials into the Gaza Strip. It is engaged in economic cooperation with Hamas, based on the transfer of goods through the Kerem Shalom border crossing. The real issue is that Hamas preferred to rely on the smuggling tunnels in Rafah, so as not to create a dependence on Israel.

Right now it doesn’t seem that the relationship between Hamas and Egypt is about to improve at any time in the foreseeable future. It doesn’t look like the hundreds of tunnels running beneath the town of Rafah will go back to functioning as they did in the past. It is time for Hamas, but also for Israel, to give serious thought to how to live a quiet routine life, without any sieges or shortages. Hamas must avoid conducting terrorist attacks against Israel and stop firing Qassam rockets (as it has been doing recently), and Israel should consider the opening of the border crossings as a top interest, which will ultimately cause Hamas to change, both for its own sake and the sake of the people of Gaza.

There are those who will argue that Israel shouldn’t be the one to help Hamas, particularly since the movement faces one of its most difficult periods, but anyone who thinks that the organization will simply disappear is mistaken. Despite its wretched situation, Hamas still has deep roots among the people of the Gaza Strip, just as the Muslim Brotherhood still has deep roots among the Egyptian public. Anyone who thinks that the current situation affords an opportunity to take down Hamas, and anyone who celebrates the possibility of a popular uprising forcing Hamas out of power in the Gaza Strip, should take a closer look at the battles raging in the Sinai between the jihadists and the Egyptian army. Perhaps then they will come to their senses.