Hamas Isolated After Coup in Egypt

The fall of the Muslim Brotherhood in Egypt, the change of leadership in Qatar and the loss of Iranian support have left Hamas isolated. 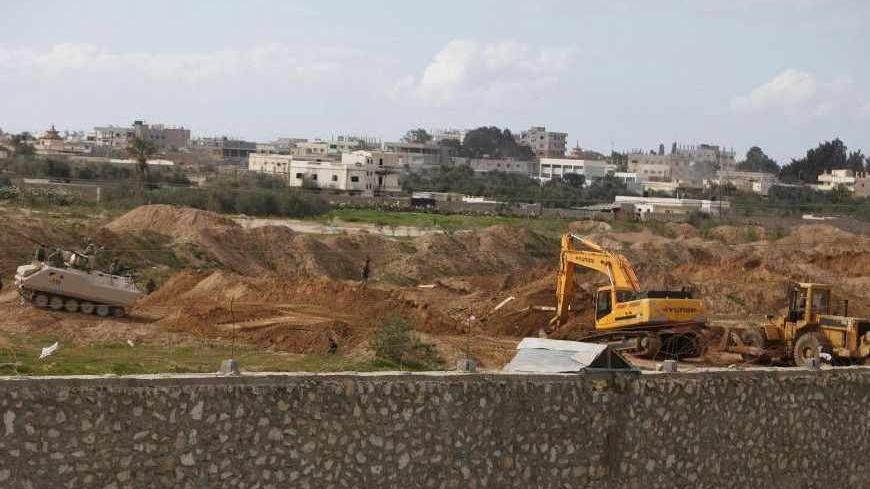 Hamas is in shock.

Just one year ago, on June 30, 2012, the movement’s followers were sure that God Himself had intervened and the Muslim Brotherhood, which had just won the Egyptian elections, would open the Gates of Heaven for them, or at the least the border crossings from Gaza to Egypt and the rest of the world.

Ismail Haniyeh, the Hamas prime minister in Gaza, was radiant when he arrived then in Cairo for a meeting with the leader of the Muslim Brotherhood, Mohammed Badie. He congratulated Badie and the newly elected Egyptian President Mohammed Morsi and declared that the rise of Hamas was the first indication that the Islamist movements would achieve victory in the new Arab Spring.

Haniyeh and Khaled Meshaal, the chairman of the political bureau of Hamas, quickly discovered that even if spring had come to Egypt, no fresh gust of air was making its way across the Rafah border crossing into Gaza.

Tensions between the sides reached their peak in August 2012, after the terrorist attack in the northern Sinai. The terrorists, apparently members of al-Qaeda, attacked an Egyptian police station, killed 16 policemen and soldiers, and set off to launch a killing spree in Israel, which was blocked at the Kerem Shalom border crossing. Suspicion of helping those terrorist cells, which operated and continue to operate in the Sinai, immediately fell on Hamas. President Morsi talked tough in a conversation he had with Haniyeh, warning him: “God help you if we find your fingerprints on what happened in the Sinai!”

Even if Hamas had no connection to the murders of those policemen in the Sinai, as far as most Egyptians were concerned, the members of the Palestinian movement were certainly not their “brothers.” Overnight, they had become partners in crime and parasites, troublemakers and sowers of discord. The more the Egyptian people grew disappointed with Morsi’s rule and the Muslim Brotherhood’s grip on the country, the more Hamas became a pariah. It was seen as a partner of that “Islamist gang” that stole Egypt’s revolution from the real revolutionaries, who were trying to achieve democracy but received a theocracy instead.

Haniyeh and Meshaal had some indication of the anger directed against them and a sign of things to come when a Hamas delegation headed by these two men went to Egypt for talks on June 17, just two and a half weeks ago. Hundreds of people demonstrated outside their hotel, demanding that they be expelled from Egyptian territory.

The demonstrators chanted slogans like, “No to Meshaal and no to Haniyeh — They are terrorists!” and “Sinai for Egypt, Not for Hamas!” One of the signs read, “Hamas is a knife in the Heart of Egypt” while another read, “The Egyptian Army is our army, and Morsi is not our president!” The sense of revulsion felt toward Hamas and the Muslim Brotherhood melded together into a single message. This week [beginning of July] Haniyeh and Meshaal discovered that the writing wasn’t just on the demonstrators’ signs. It also appeared on the pages of history.

Even Qatar, a state that also allied itself with the Muslim Brotherhood, and which serves as Khaled Meshaal’s current home, has recently started to change its tone toward these two movements. Emir Hamad bin Khalifa al Thani, who regarded the Muslim Brotherhood as a rising power and gambled on them as allies, has since abdicated. It is in no way clear yet how his son and heir, Sheikh Tamim, will act toward Hamas. Qatar tends to adopt a survivalist policy and always takes the side of the major powers in the Arab world to maintain security and stability. Will it now withdraw its support for the Muslim Brotherhood and Hamas?

It is reasonable to assume that Tamim will attempt to win the favor of Egypt’s interim government and the government that succeeds it. It is also quite certain that neither of these governments will be favorably inclined toward the two Islamist movements, and that’s putting it mildly. When considering the crisis and the rift between Hamas and Iran, once its main supplier of weapons and the patron of its rule in Gaza up until a year ago, it is crystal clear that Hamas’s leaders are watching the events of the past few days in horror.

Ever since preparations got underway for the mass demonstration on June 30 and the overthrow of Mohammed Morsi in a military coup, all activity has come to an abrupt halt in Rafah’s smuggling tunnels. No gasoline is getting into Gaza. Raw materials and consumer goods are not passing through the tunnels. This is certainly a sign of things to come. These days, Hamas is meeting to rethink its future, but it really has very few choices. It has no one to lean on for support, and it now looks like it is on its own, isolated and despised. The military government that Egypt announced yesterday [June 3] is a mortal blow to Hamas. This is the time for the Egyptian Army to settle its longstanding account with the movement.

Just one year has passed since thousands of people came out to celebrate on Gaza’s main street. Led by the military wing of Hamas, they honked their horns to express their joy that the Muslim Brotherhood had come to power in Egypt. Now those same people of Gaza are left without gas for their cars and without hope for their future.