Is Turkish Prime Minister Recep Tayyip Erdogan’s government encouraging people to report on each other? 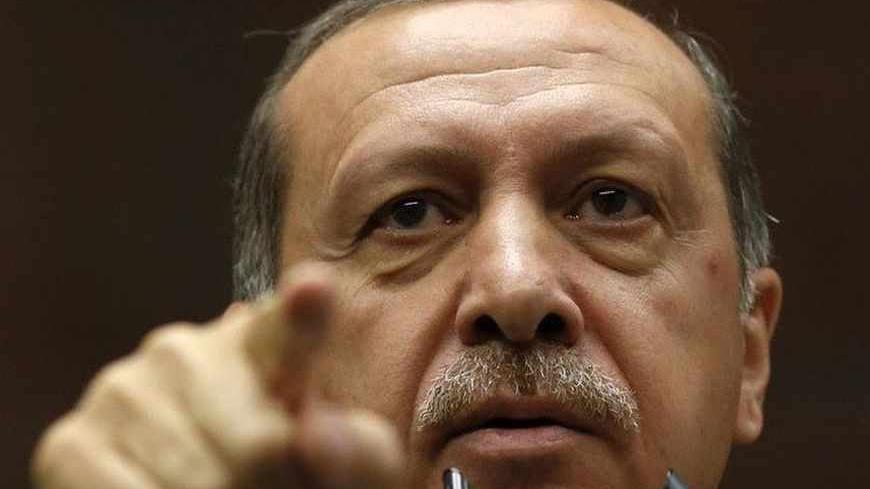 Turkey's Prime Minister Recep Tayyip Erdogan addresses members of parliament from his ruling Justice and Development Party (AKP) during a meeting at the Turkish parliament in Ankara, June 25, 2013. - REUTERS/Umit Bektas

Let me draw your attention to two recent developments in an attempt to question the understanding of what democracy means for Turkish Prime Minister Recep Tayyip Erdogan’s government, since both cases are nothing but an encouragement for people to be informers.

As to the first development, Erdogan said on July 19, referring to Gezi Park protesters, “It’s a crime to disturb neighbors. I’m telling you that such acts require punishment. It’s a crime. And I am not the one to tell it, but the laws. Therefore, you will sue those people who clanged pans and pots without any hesitation. Because no one has the right to disturb the peace of this nation.”

As to the second development, the daily Zaman reported on July 28 that the National Police Department has launched a new project where boxes will be installed in various neighborhoods so that people can secretly inform the police about suspicious or potential illegal activities without revealing their identities. “With this system, people will be able to inform [the police] in writing or in audio,” the daily reported. “The tips will certainly be kept confidential. It’s expected that this project will start soon.”

No doubt that the police cannot solve any crimes without the help of the public, and it is wrong to consider the security officials and the people as adversaries. But, it’s impossible to guarantee that authorities won’t ever abuse the power. Therefore, such neighborhood reporting boxes could take away any trust for the security system.

It may be wrong to prejudge as to how this tip box-style secret informant system will work in Turkey, but the concern is real. And it’s simply this: The rule of law in this country has never been the strength of its democracy. There are fewer and fewer checks and balances while Erdogan rules as a one-man show, and it’s becoming difficult to define what could trigger people to inform the police against their neighbors.

Since Erdogan called people to sue their neighbors, no one has yet gone to court. But with these tip boxes, people will be used as informants by the ruling Justice and Development Party (AKP) to determine who opposes their policies. This act will likely peel away the trust bond among people, and people will share fewer and fewer conversations about politics or important subjects.

Such informants have been used in Arab countries, making people distrust each other and pushing others into silence. Why is it that Turkey has to adopt this practice?