The winds of hope raised by Kemal Dervis’ entry into politics in 2002 and those raised by the Gezi Park protesters looked alike from the surface, and they may share the same fate in the end. 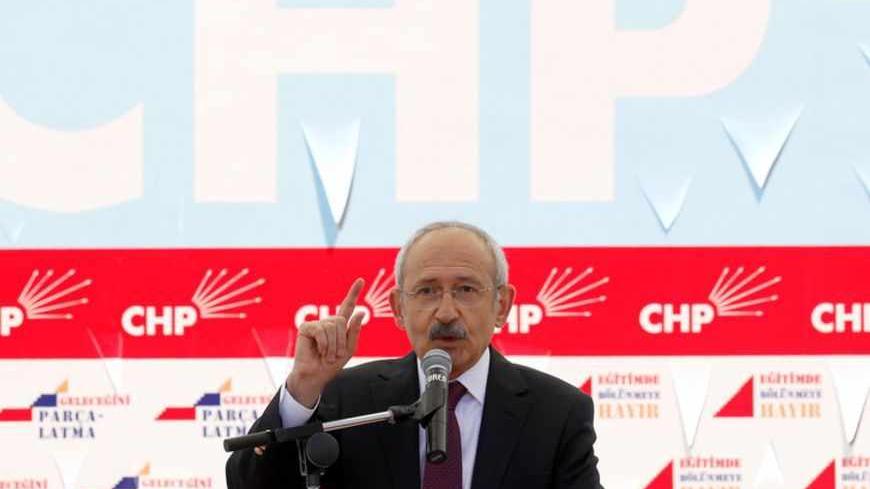 What do you think about comparing the winds of hope raised by Kemal Dervis prior to the November 2002 elections and those of the Gezi Park protests, and paying attention to the lesson learned back then? Let me explain what I am talking about:

When the late Ismail Cem, one of Turkey’s former foreign ministers, founded the New Turkey Party (YTP) in July 2002, splitting from the Democratic Left Party (DSP) with a group of his close friends, there was an assumption that Kemal Dervis would join them. That speculation got crowds excited. Many thought that with Dervis joining the YTP, Cem’s victory in the November 2002 election would be guaranteed.

Dervis was considered a folk hero at the time because his rescue plan worked to bring the gravely sinking economy together after the last big economic crisis of February 2001 that crashed the markets overnight. Dervis symbolized back then the wind of hope for a new beginning, but his unexpected decision to turn his back on Cem — quite late in the game before the elections, and instead join the Republican People’s Party (CHP), the winds for YTP went flat, and Recep Tayyip Erdogan’s Justice and Development Party (AKP), founded in August 2001, won the elections.

People simply wanted to teach the old-time mainstream political parties a lesson then for failing to create economic stability and go with something not tried. That was the people’s call for democracy — just like the protests triggered by efforts to save Gezi Park in downtown Istanbul. Like Dervis though, it seems likely that the opposition parties are going to dissipate this new wind of hope, too.

The only thing that Kemal Kilicdaroglu, leader of the main opposition CHP, and Devlet Bahceli, leader of the Nationalist Movement Party (MHP), do is criticize Erdogan for the bad management of the situation and the police’s excessive use of force. There is nothing they have said that people have not said on the streets — and it really does not generate any enthusiasm to hear them repeat what all the others are saying. Their duty is to come up with solid proposals and to generate debate about them. They need to prove they can create their own agendas rather than responding to AKP’s policies as analysts.

This is the time for the opposition to prove its leadership skills. And that can only happen by admitting a few realities:

Coalition governments should not be prejudged as an open invitation to political and economic instability. If people from all sorts of walks of life came together on the streets calling out for democracy — from nationalists, to leftists, to practicing Muslims, to gays and lesbians — their representatives in parliament should be able to reflect that civility in building a culture of cooperation and consensus. The latest public opinion poll conducted by Konsensus between June 3 and 19 among 1,500 people shows AKP would receive 47.1% of the votes if there were to be an election today, whereas CHP would get 30.9% and MHP would attract 14.6% of the votes.

In brief, if the opposition is serious about taking over the country’s governance, it is about time to bring their forces together rather than highlight their differences.

It’s also clear that people are not happy with the leadership of the opposition parties. If Kilicdaroglu and Bahceli really believe that Erdogan’s vision for the country is hurting its short- and long-term interests, their priorities should not be to stay on as the chairmen, but instead be open to bringing new blood to the leadership of their parties.

It’s easy to criticize Erdogan lately because he is really losing his close and distant friends with his temper, but the opposition bears the ultimate responsibility to defeat him at the ballot box. Emine Ulker Tarhan can be the new chair of CHP. We need a woman leader to calm the rhetoric of politics to start with. And as a former judge at the High Court of Appeals, she is a fully accomplished politician who can fulfill the requirements of such a post. MHP needs to change its leadership, too.

Besides criticizing the prime minister, neither of the opposition parties has shown a sign that they have a plan to integrate the youth whom they talk about with much pride into their party structure. It’s high time for both opposition parties to talk about reforming and strengthening their bases. And it will be wise for the opposition to acknowledge the friendship and the value accorded to Turkey by the United States and European Union.

“I’m very happy that there will be new chapters to be opened [in our accession talks with the EU],” Kilicdaroglu said on June 25. “We are a nation that built modern civilization with our own values. We’re a nation [trying] to modernize while struggling with all the pressures of the West. Some are trying to make us a Middle Eastern country. I am calling on Europe, we won’t allow this to happen, and the modern world won’t either.”

Turkey’s relationship with the EU might be a challenging one, and the people may feel good when their politicians highlight the difficult sides of this alliance. But Kilicdaroglu and Bahceli should not forget that the buck stops with them to prove they can govern the country better than the AKP, and therefore get serious about uniting their thoughts in putting together a joint election campaign. Erdogan has already started his election campaign, running from one rally to another — all named “Respect the National Will.”

If the opposition fails to get the protesters' message right, there is no reason why they won’t suffer the fate of YTP, which lost its meaning soon after its foundation, and dissolved in 2004. In this case, Kilicdaroglu and Bahceli would put the country into the hands of Erdogan for an indefinite time.

This may be good news for Erdogan supporters, but if the opposition really wants to bring change in governing the country, they need to be bold in reshaping their party and rhetoric. Criticism alone won’t bring them the victory at the ballot box — as was solidly proven in the past decade.