While the Turkish government keeps silent about the Israeli airstrikes in Syria, which may be the right course, Turkey’s regional policies hang in the balance, writes Tulin Daloglu. 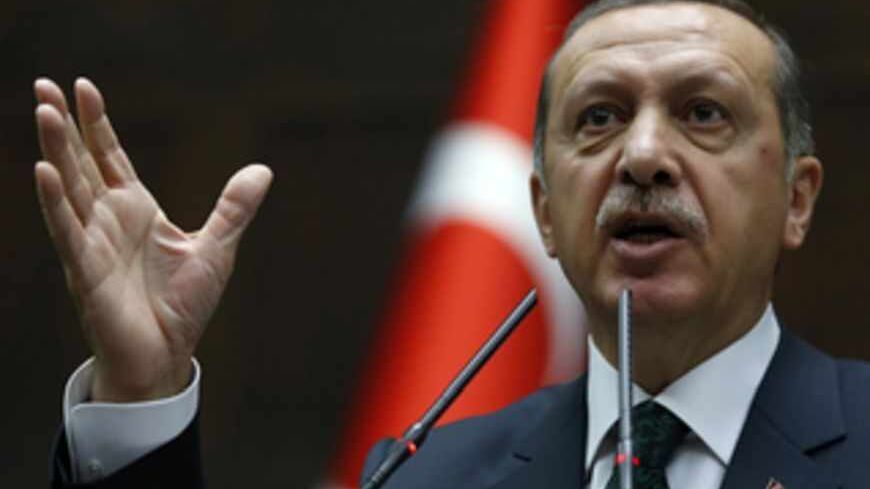 Turkey has remained quiet about the Israeli airstrikes in Syria over the last few days. Not that there is anything surprising about this silence as Turkish and Israeli delegations meet in Jerusalem for the second time today [May 6], since Israeli Prime Minister Benjamin Netanyahu apologized on March 22 for the deadly May 2010 Mavi Marmara incident and set the stage to normalize relations between the two countries. While Ankara’s silence signals that Turkey is determined to end the bad blood over the Mavi Marmara incident, there is no guarantee that the two sides will ever trust one another like they used to.

Therefore, there may be two ways to interpret Ankara’s silence over the Israeli airstrikes in Syria for now — that it’s all about the timing, coinciding with the ongoing compensation talks in Jerusalem and Turkish Prime Minister Recep Tayyip Erdogan’s upcoming visit to the White House scheduled for May 16. It was after all US President Barack Obama who brokered the apology from Netanyahu in his first visit to Israel, and that US Secretary of State John Kerry has already expressed their disapproval about Erdogan’s announced potential visit to Gaza toward the end of May. In other words, one may need to take caution before attributing too much significance to this silence. What is striking in all of this diplomatic politicking is how the Erdogan government’s swinging pendulum in the friend or foe relationship with Israel makes Ankara’s assertive “principled policy” be questioned.

It is not to say Erdogan is insincere about anything he says concerning Israel. Not at all. The prime minister means what he says, and he says what he thinks. There is no question about it. But he and his Foreign Minister Ahmet Davutoglu have been playing for a leadership role of the Sunni Muslim world, and have stood out in Middle East politics by bashing Israel at any given opportunity, as it is the easiest way to attract attention and become a popular leader. Erdogan’s popularity skyrocketed all around and many analysts in Turkey started to argue quite appealingly that the nation-state has come to an end, and that Erdogan’s embraced leadership in the region marks the return of the Ottoman Empire back to its lost lands. Those who interpret the developments in such fashion won’t change their minds easily, but it’s far from reality.

That said, they may give it a try to question Ankara’s silence to the recent Israeli airstrikes in Syria and wonder whether that silence is kept for Turkey’s national interests or for the benefit of the Muslim populations at large. Egypt has condemned the strikes, as well as the Arab League. The United Nations has also expressed concern for the implication of these strikes to the region. As always, Iran sent a strong condemnation message, and there are commentaries in the region already accusing Turkey of switching sides. Put simply, Israeli behavior is not changing, but Turkey presents an inconsistent posture against Israel.

That aside, I personally consider Erdogan’s silence over the recent Israeli airstrikes as a sign of wisdom watching out for Turkey’s best interest. But this is not the first time that the Jewish state used air power in Syria. In fact, since 2007, Israel has used air power in Syria for the fourth time this Sunday. In February, for example, before Netanyahu extended the apology to Turkey, Israel again reportedly attacked in Syria a military convoy carrying to transfer critical weaponry to Hezbollah. Davutoglu’s reaction to the Israeli strike was so strong back then that it was almost a provocation for Syrian President Bashar al-Assad to strike back at Israel. “Is there a secret agreement between Assad and Israel?” Davutoglu exclaimed. “The Assad regime only abuses. Why don’t you use the same strength that you use against defenseless women against Israel, which you have seen as an enemy since its establishment?”

In February 2007, Israel in fact carried its first airstrike in Syria at the Deir ez-Zor region targeting a nuclear facility. Turks found fuel tanks in the Gaziantep and Hatay area — both border cities with Syria — raising questions that Ankara had actually been informed of the attack in advance, and that the Turkish military chose to look the other way when the Israeli jets violated its airspace. Still though, then Turkish Foreign Minister Ali Babacan condemned the incident in a joint press briefing with Syrian Foreign Minister Walid al-Moallem. “This is an unacceptable development,” Babacan said in February 2007. “All countries in the region must show respect to all countries’ sovereignty and carefully avoid acts that lead to tensions. Otherwise, tensions would be fueled and peace and stability in the region might be harmed.”

While it’s never been made all clear how the Israeli jets were able to violate the Turkish airspace, there was intense speculation in the Ankara beltway back then that it was the military who worked it out with the Israelis without informing the civilian authority — that is, Erdogan. Today, no one, however, can point the finger for Erdogan’s silence over the recent airstrikes and blame the Turkish military for playing a game from Erdogan’s behind. And that again may lead us to speculate even further that no matter what the Erdogan government’s rhetoric is, that it thinks no different from the military in standing against its neighbor's desire to develop nuclear weapons — as it tips the balance against Turkey, and that it was in essence not against Israel taking out the Syrian nuclear facility.

That said, the Erdogan government’s confusing signals vacillating between becoming an empire and therefore calling the end of a nation-state as people perceive, and its adhering to Turkey’s traditional perception of where its national security lies, makes it all very difficult to consider this policy a coherent and stable one. This confusion can only hurt Turkey, and there seems no way to make it right for now as the Turks themselves are still in a soul search trying to define who they are to begin with.