Turkey Steps Up Criticism of Israel 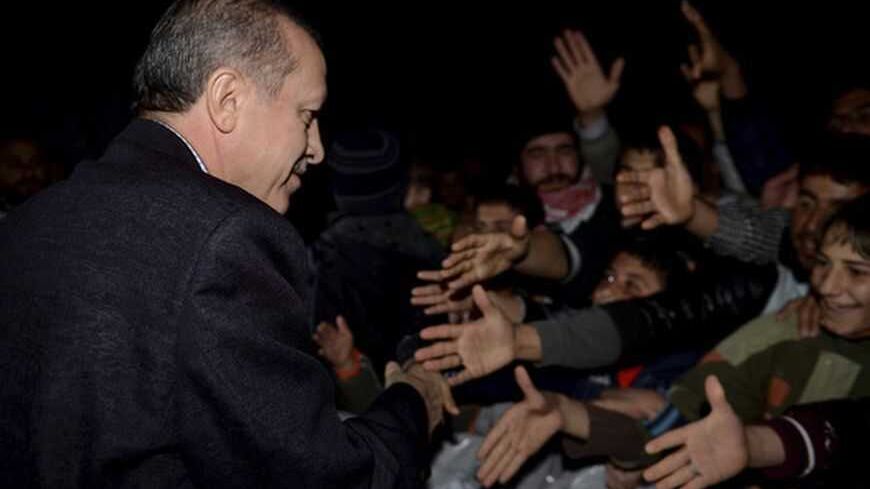 The Turkish government can say nothing positive about Israel. On Sunday, Turkish Prime Minister Recep Tayyip Erdogan repeated his now-classic line that Israel is the “spoiled child” of this region, and that it conducts “state terror.” While there might have been some truth in the Turkish government’s criticism of Israel, its comments seem to carry no weight in Jerusalem.

Erdogan, like his Foreign Minister Ahmet Davutoglu, was reacting to Israel’s reported attack in Syria targeting a military convoy and a research facility that supposedly had advanced weaponry destined to reach Hezbollah. Turkey, so far, has not counter-argued that the target was not carrying any weaponry, but it did declare that Israeli war jets should not dare to fly over a Muslim country.

“Is there a secret agreement between [Syrian President Bashar al-]Assad and Israel?” questioned Davutoglu on Saturday. “The Assad regime only abuses. Why don’t you use the same strength that you use against defenseless women against Israel, which you have seen as an enemy since its establishment?”

Two things: Davutoglu must be aware that the minute there was retaliation by Syria against Israel, that would carry a serious potential to turn into a regional war. Second, why has Davutoglu — or the Erdogan government, for that matter — not shown the same sensitivity to the Syrian women abused by the opposition? The fact is that Turkey should have been able to state these wrongdoings without taking sides based on a principled position.

Moreover, the Erdogan government recently launched a public campaign against terrorism, an act that needs to be supported by all segments of society. That said, Erdogan's government should also apply it to terrorism attacks against Israel.

Turkey does not carry any baggage that will make it obliged to take a side. These conflicts are not of Ankara’s making, nor does Ankara have the answers to fix them. If Israel has acted upon reliable intelligence, Ankara should not feel politically embarrassed to ignore Israel’s attack.

But while Davutoglu went on to accuse Assad of conspiring with Israel, Turkey’s opposition is also blaming the Erdogan government of having secret deals with the Jewish state. Nothing about removing weapons that would only lead to more bloodshed, and chaos in the region needs to be secret. Surely, the Middle East will never be short of any kind of weapons, or the desire to kill opponents, but it is about time for responsible leaders to change the rhetoric and say out loud that no sort of violence is acceptable, and that the states must truly join their efforts to fight against terrorism.

Once the hypocrisy and the “blame game” in the region nears an end, there will be hope for bringing closure to all long-lasting conflicts in the region — from the abuse of women to the Israeli-Palestinian conflict. For this to happen, though, people need to see each other  as human first, rather than as Jews or Muslims, or whoever they may be.