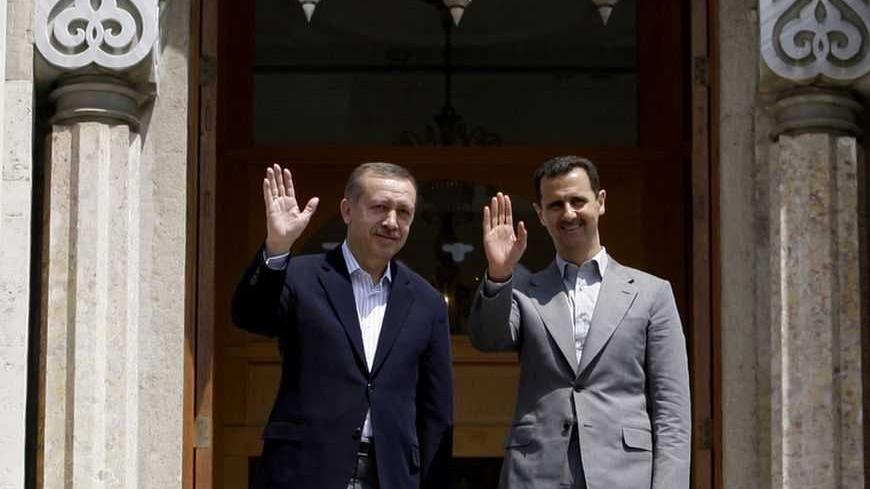 How far can goodwill get you? If it is supported by facts and grounded in actions, perhaps as far as you want it to. If not, remain alert. Take for instance, the trouble caused for Turkey by the “zero problems with neighbors” policy of Prime Minister Recep Tayyip Erdogan and Foreign Minister Ahmet Davutoglu. This duo had become so confident in their mutual self-righteousness that they constantly slammed their predecessor governments for supposedly turning their backs on the Middle East and instead partnering with the West and Israel, as if this preference constituted racism toward Arabs and Muslims.

Hearing about modern Turkey’s history from Erdogan representatives, one wonders whether they approve of anything in Turkey’s past. The fact is that previous Turkish governments did, of course, have relations with the Arab states, including Syria, even when its regime was harboring Abdullah Ocalan, leader of the Kurdistan Workers Party and Turkey’s most wanted man for more than a decade. Cherry-picking and manipulating facts for political gain plays well in Turkey, but the fact is that the old Turkey, while certainly not without its faults, had a more balanced and objective approach to dealings in the Middle East because past governments recognized that Ankara alone could not fix the region’s acute and age-old problems. Thus, while maintaining its own identity, Turkey also strengthened its position with allies in the West.

Since when has knowing the best option for oneself been a mistake? To the contrary, moving away from one’s priorities and central concerns almost always comes with a cost. For example, the ruling Justice and Development Party (AKP) tried to convince Washington that it could drive a wedge between Syria and Iran. This was revealed in a confidential cable from the US Embassy in Ankara published by Wikileaks. Dated Feb. 25, 2010, the document appears to shed light on the reason for Erdogan’s close relationship with Syrian President Bashar al-Assad around that time. According to the cable, Feridun Sinirlioglu, an undersecretary at the Turkish Foreign Ministry, “contended Turkey’s diplomatic efforts are beginning to pull Syria out of Iran’s orbit.” As is evident today, Erdogan’s government failed not only in this effort, but also to prevent the Assad regime from turning on its own people.

Now, the AKP lends its full support to the Syrian opposition, but what the results will be is anyone’s guess. While one can debate the share of the AKP’s Syria policy that is to blame for the current bloodshed — had Erdogan not been so supportive of Assad early on, could western pressure have produced desired results? — one should not underestimate Erdogan’s role in all things Syria. The prime minister has said on numerous occasions, “Syria is our domestic affairs.”

On Feb. 11 after a parked minibus exploded on the Syrian side of the Turkish border, CNN International spoke with George Sabra, a member of the opposition Syrian National Council, who said, “[W]e were supposed to be there [the bomb site], but we were delayed for maybe half an hour.” In Reyhanli, near the bombing, Syrians who talked to Al-Monitor on condition of anonymity conveyed that senior members of the Free Syrian Army had been in Sabra’s group, and one speculated that “whoever does not like the opposition targeted them.”

Hasan Kanbolat, president of the Center for Middle Eastern Strategic Studies and former resident of Reyhanli, told Al-Monitor on Feb. 12 that he had been on the phone talking to locals after the explosion occurred. “What I gather is that this is most likely the work of Syrian intelligence,” he said. “Anyone is now able to cross through the border. The Syrian intelligence, Mukhabarat, has now shown clearly that if it wants to, it can cross into Turkey through the border gates. It’s not possible to understand who is who.”

Until Turkish authorities definitively identify who detonated the car bomb, there’s only pure speculation to rely on. It is, however, clear that Turkey’s border with Syria has some serious security weaknesses and that the Syrian refugees in the camps there are concerned about their security. “This war won’t end,” one elderly Syrian woman told Al-Monitor. “Both sides are killing. People just want a life. The [Assad] regime is at least continuing to distribute money. It’s been two years, and people need food, water, and electricity.” This does not mean, however, that Assad will win the battle. After all the bloodshed thus far and to come, there is no victory for anyone. It would be best for all sides concerned to dispense with their egos and begin focusing on saving lives — even if that means giving Assad a role in the Syrian transitional government.

Davutoglu, however, has ruled out the possibility of Assad engaging in talks with the opposition. After Israel’s Jan. 30 attack in Syria on a convoy carrying weapons to Hezbollah, he called for Assad to retaliate. “Is there a secret agreement between Assad and Israel?” he wondered. With any luck, he will not apply the same logic to the bombed out car at the border, but instead look back and see that goodwill is not the only ingredient for fixing situations that have gone horribly wrong.

As part of Ankara’s strategy, Turkey and Syria held a ministerial meeting in January 2009 in Damascus, an honor not granted to any other country. The Erdogan government insists that the move was aimed at encouraging Assad to make necessary reforms, but that he had disappointed the prime minister and harmed the trust Erdogan had in him. The ministerial meeting was not the only sign of the unique closeness between Erdogan and Assad. In February 2011 —  after protests had already begun in Daraa — the two held a groundbreaking ceremony for a “friendship dam” to be jointly constructed.

Kemal Kilicdaroglu, leader of the Republican People’s Party (CHP), the main opposition, continues to ask Erdogan why he disengaged so quickly from someone he had previously called “brother.” “[Erdogan] turned against Assad in less than six months. What happened?” he asked rhetorically on Feb. 12. While Erdogan accuses Kilicdaroglu of siding with the Assad regime and suggests that he does not care for the more than 60,000 lives lost in Syria, Kilicdaroglu keeps firing back at the AKP’s mismanagement of Syria policy. “Turkey is not going anywhere good. On the Syrian issue, [the AKP] has dragged Turkey into a quagmire,” he contends.

Meanwhile Erdogan questions the patriotism of those who disagree with him on Syria. “I like to say that all speculation about the [Feb. 11] bombing is wrong and has ulterior motives,” he said on Feb. 12 at his party’s weekly meeting in the parliament. “Any approach that aims to score political gains out of this issue cannot be explained as consistent with fairness or humanity.” He went on to charge, “Kilicdaroglu would have become a member of the DHKP/C [Revolutionary People’s Liberation Party/Front], if it were not an illegal organization.” A member of this extremist, leftist organization had carried out the suicide attack on the US Embassy on Feb. 1, allegedly because of Turkey’s Syria policy. Erdogan’s implication that Kilicdaroglu sympathizes with a terrorist organization for the sake of keeping Assad in power — which is hard for a rational mind to comprehend —is hopefully the lowest point that Turkish politics will experience.

Anyone listening to Turkish politicians’ rhetoric, especially that of AKP members, should ask themselves whether any traces of decency, kindness, politeness, fairness, tolerance, empathy or even humanity remain in the political arena today. The discourse in Ankara hangs above the capital like an ugly, dark cloud. It is almost unthinkable that lawmakers could, as true representatives of the people, reach consensus on any of the issues of importance. Without a civil atmosphere in parliament, Turks will continue to grow apart from one other and fail to recognize what is in their best interest as serious conflicts rattle the country’s eastern borders. Turkey has the potential to rid itself of the cloud, but bad policy making remains a handicap, and today is no exception.