Due to its general disregard for the internal bylaws of the Iraqi Kurdistan region’s parliament, members of President Massoud Barzani’s party and the opposition both have objected to a law extending his term. 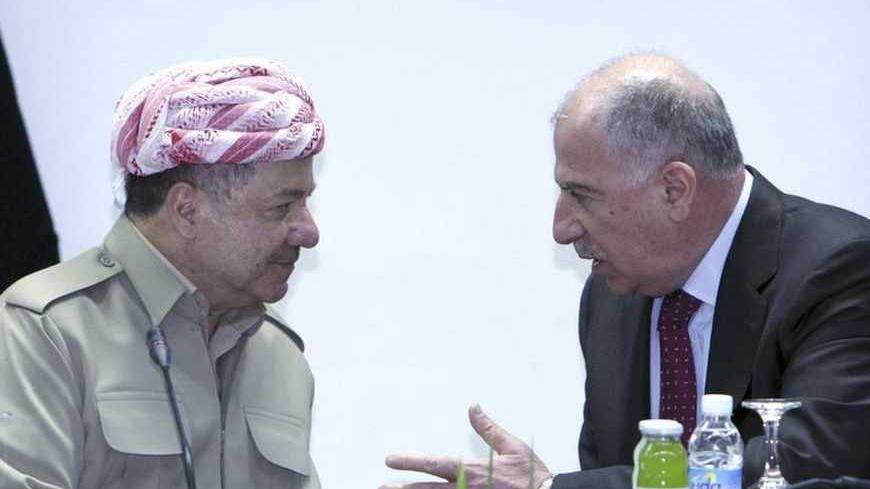 The Iraqi Kurdistan parliament ratified two laws that will extend the term of Iraqi Kurdistan Region President Massoud Barzani by two years and extend the current parliamentary session for two months. This comes amid signs of an objection to the decision by the three main Kurdish opposition forces — the Movement for Change, the Islamic Group and the Kurdistan Islamic Union — who are talking of ways to pressure the government in case the laws go into force, including organizing demonstrations against Mr. Barzani.

The Iraqi Kurdistan parliament’s regular session on June 30, 2013 devolved into physical fighting, with members of the three opposition blocs attacking the parliament speaker with water bottles.

The opposition forces in the Iraqi Kurdistan parliament control 35 out of 111 seats — 25 for the Movement for Change, four for the Islamic Group and six for the Islamic Union. This is compared to the 59 seats of the Kurdish bloc, which represents the ruling Kurdistan Democratic Party (KDP), led by Barzani, and the Patriotic Union of Kurdistan (PUK), led by Iraqi President Jalal Talabani.

The number of opposition MPs do not constitute the quorum required to reject the laws, whereas the Kurdish bloc was able to do so, given that laws are ratified after the approval of a two-thirds majority of MPs.

A statement by the Iraqi Kurdistan parliament mentioned that the law, which was ratified by a parliamentary majority, extends the term of the Kurdistan region president from Aug. 20, 2013, to Aug. 19, 2015.

Moreover, Article 10 of the law of the presidency of the Kurdistan Region of Iraq specifies, “The president of the region is authorized to promulgate laws enacted by the Iraqi Kurdistan National Assembly (parliament) within 10 days as of the date of their enactment. The president may completely or partially object to these laws and refer them back to parliament for re-examination. The parliament’s decision on these referred laws shall be deemed final.”

The focus is currently on Barzani to show his position regarding these two laws after his July 4 return from his European tour, which included stops in Russia, Romania and France. He then went to Baghdad to meet with Iraqi Prime Minister Nouri al-Maliki after a three-year rupture.

The Iraqi Kurdistan Region presidency announced on July 1 that Barzani would express his position upon his return from his tour.

For its part, the Kurdish opposition in the Iraqi Kurdistan parliament — the Movement for Change, the Islamic Group and the Kurdistan Islamic Union — is considering  several options to exert pressure on Kurdistan’s presidency, if Barzani were to sign the laws.

The opposition, which has not yet made a final decision, is heading toward either mobilizing the Kurdish public opinion, withdrawing from the political process or collecting signatures of citizens.

In a statement to Al-Monitor, Ashti Aziz, an MP in the Movement for Change, said, “The opposition forces do not exert direct pressure on the Kurdistan region president. Yet they are putting pressure on the public because this issue has become important for the public and is a clear violation of many laws, including the Iraqi Kurdistan parliament internal bylaws, the draft constitution before it goes into force and a direct violation to the Kurdistan Region Presidency Law.”

Aziz emphasized, “The pressure entirely goes toward creating a [favorable] public opinion regarding the issue and mobilizing the Kurdish street not to accept violations [made] by parties in power.”

Aziz sees the steps taken by Barzani since his return from Europe as being unresolved and prove that thus far he has not made a final decision on whether or not he will sign the two laws.

“I think that all steps taken by the president of the Kurdistan region are unresolved and not well considered, for if this was not the case, he would have consulted Kurdistan’s citizens and made a speech. Yet a week has passed without getting any position from him,” she added.

Aziz said, “I believe that Barzani’s intention is to sign the laws, yet he fears the reaction of the Kurdish street and opposition forces. For this reason, we see him taking his time before signing and announcing his position.”

Observers believe that Barzani’s meeting with Kurdish parties, whether or not they have seats in parliament, does not affect the political process in Kurdistan.

In this regard, political analyst Zarzis Cooley Zadeh told Al-Monitor, “These forces and parties are very small. They are more groups than parties or political movements. They are founded on financial interests and privileges, not on an intellectual and political ideology. They are not similar to the opposition parties, which were founded on religious or intellectual beliefs, or on a reformist idea.”

He said, “Many of these parties could not get a single seat in the Iraqi Kurdistan parliament, so how will they have influence on public opinion to support Barzani’s decisions?”

Moreover, in a position that seems strange to the political scene in Kurdistan, Sirwan Zahawi — a former MP from the Kurdistan Alliance bloc in the Iraqi parliament, and a member of the KDP — said that the two recent laws to extend Barzani’s term and the current parliament session are illegal, according to the Iraqi Kurdistan parliament’s internal bylaws.

He added, "The majority has the right to promulgate laws. However, it should not violate the applicable laws or the institutional work of the Iraqi Kurdistan parliament, and it should use legal methods.” He also explained that the Kurdistan region is in the process of building an institutional state and does not have to violate the applicable laws, stressing the need not to breach the laws. At the same time, he called on Barzani to demand that the Iraqi Kurdistan parliament reconsider these laws.

He added, “I believe that it will be better if Barzani demands that the Iraqi Kurdistan parliament review the laws, allowing all MPs to hold broader discussions on these laws and to issue them legally, so that their issuance does not embarrass any party.” 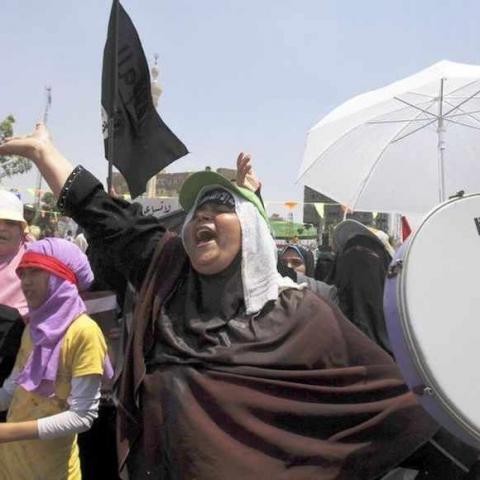