Anti-Shiite sectarian violence is on the rise in the Islamic world, led by Abu Musab al-Zarqawi's followers. 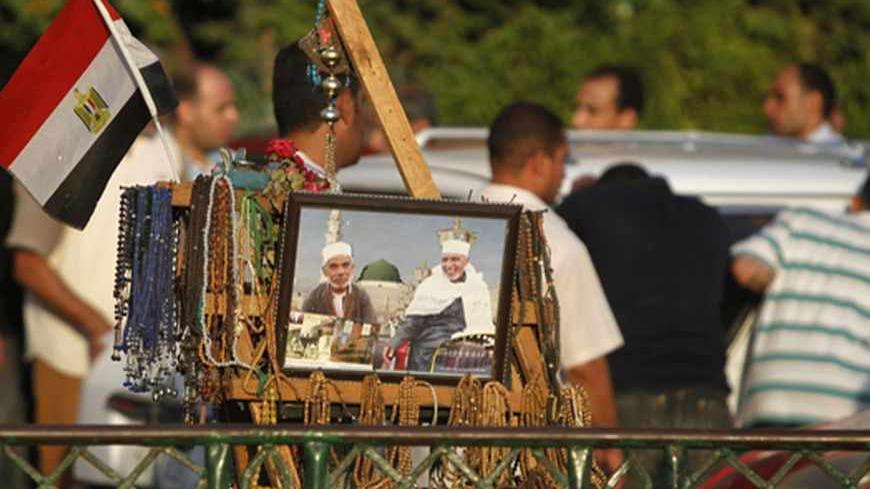 A rising wave of extreme anti-Shiite sectarian violence is sweeping the Islamic world from Beirut to Bahrain and from Baghdad to Baluchistan. The mass slaughter of Shiites at the hands of extreme Sunni groups like al-Qaeda in Iraq and Lashkar-e-Jhangvi in Pakistan is unprecedented in modern Islamic history. Not since the Saudi and Wahhabi sack of Najaf and Karbala in 1806 has sectarian violence in the Middle East been this extreme.

The origins of this wave of extreme sectarianism are many and Iran cannot escape some responsibility for the backlash. Iran and Hezbollah encouraged Shiite identity and sectarian animosity for decades. The Assad family in Syria created a sectarian state where Alawis dominated Sunnis for many years, and when they fought back, their cities, such as Hama, were shelled into submission. Saddam Hussein brutally crushed the Shiite intifada in Iraq in 1991. The Iranian and Hezbollah intervention in Syria this spring has exacerbated the tensions to the boiling point.

But much of the blame today has to rest with the conscious decision of a Jordanian madman, Ahmad Fadil al-Khalayilah, better known as Abu Musab al-Zarqawi. Known inside al-Qaeda by his other nickname, "al-Gharib" or the stranger because of his extreme views, Zarqawi elevated violence against the Shiites of Iraq to levels not seen in the last two centuries. Beginning in 2003, Zarqawi targeted Shiite leaders, Shiite mosques and shrines and Shiite holy days for extreme acts of violence. Zarqawi likened his hundreds of Shiite victims to be modern-day Safavids — after the Shiite dynasty that made Iran a Shiite state — and saw himself and his al-Qaeda gang as reaping grim justice on Shiite “heretics.” Zarqawi never made any secret that his real target was the Safavid heartland itself, Iran.

Today, Zarqawi has a number of self-described disciples across the Sunni world. The Algerian leaders of al-Qaeda in the Islamic Maghreb (AQIM), Abu Musab Abdel Wadoud — aka Abdelmalek Droukdel — and Mohktar Belmohktar, are both admirers of Zarqawi. The Canadian diplomat Robert Fowler, who was held hostage by AQIM, wrote a book about his experience and reported that Zarqawi was by far the most popular jihadist leader among the rank and file of the North African terrorists because of his extremism.

Syrian Mohammad al-Golani, who is the leader of Jabhat al-Nusra, worked with Zarqawi in Iraq a decade ago. His group initially tried to play down its sectarian nature in Syria somewhat, but now it uses all the symbols of Zarqawi including his flag and much of his rhetoric about Iran and Hezbollah. Sunnis from across the Arab world are flocking to Jabhat al-Nusra’s banner. Al-Monitor posted a shocking story of how many Bahraini Sunnis are now going to Syria to kill Shiites and fight Iran. Dozens of Saudis, Tunisians, Libyans and Jordanians have already been martyred in the Syrian civil war fighting for Jabhat al-Nusra.

In Pakistan, the Sunni group Lashkar-e-Jhangvi has a long history of attacking Shiites, but it has been more deadly and violent this year than ever before. It, too, is very close to al-Qaeda, and it draws inspiration from Zarqawi’s Iraqi example. It has also long benefited from funds provided by rich donors in the Gulf states.

In short, Zarqawism outlasted Zarqawi; indeed, it has grown stronger since his death. Gen. Stanley McChrystal, who brilliantly led the hunt for Zarqawi, has said it came too late; the genie was out of the bottle.

In Syria, it is likely to get worse. A prolonged stalemate, which seems increasingly likely, will pit an Assad-Alawite-Iranian-Hezbollah western mini-state against a Sunni-al-Qaeda-Saudi-Qatari eastern mini-state. Iran will be fighting to keep alive its major Arab ally, Syria, and protect its Hezbollah protege. Sectarianism will get more acute, spilling over into the entire Fertile Crescent. Even if the rebellion collapses and Assad emerges the victor, Syria will be far weaker and unstable than before 2010. If the rebels win, the war will most likely move to Lebanon and a showdown with Hezbollah.

Iranian and Hezbollah intervention has not only spurred greater sectarian hatred, with almost daily calls for a jihad against them and Assad now from Sunni leaders in Cairo, Mecca and Doha, it has also aligned Tehran with the forces of counterrevolution and dictatorship in the "Arab Awakening." Long gone are the days of 2006, when Tehran and Beirut enjoyed Muslim esteem for standing up to Israel. Iran’s soft power is in tatters.

Now, Iran has a new president. Hassan Rouhani is no reformer; he is a product of the Iranian national security establishment, but he did campaign on the promise that he would try to end Iran’s isolation and mend fences with Iran’s neighbors. Since his election on June 14, he has placed particular emphasize on the need for a detente with Saudi Arabia, and he reminded us that he helped engineer one in the late 1990s after the 1996 Iranian-backed Saudi Hezbollah attack on the US air base in Khobar, Saudi Arabia. He signed a historic internal security deal with the Saudis in 1998.

It will be a tough act to pull off for Mr. Rouhani, but it is an intriguing move. A detente between Tehran and Riyadh might help cool the Shiite-Sunni war. Rouhani faces the perennial problem of Iranian moderates, how to bring along the supreme leader for compromises, but his years as an insider suggest he may be better suited to break the code than his predecessors Mahmoud Rafsanjani and Mohammad Khatami.

But it may be too little, too late. Zarqawi’s legacy is now very deeply rooted in the jihadist movement that is exploiting the breakdown in law and order across the Islamic world and especially the Arab world this century. His fierce ruthless determination to kill Shiites will not vanish any time soon.