Who is Abu Bakr al-Baghdadi?

Details emerge about the years that Abu Bakr al-Baghdadi, leader of the Islamic State, spent in Afghanistan. 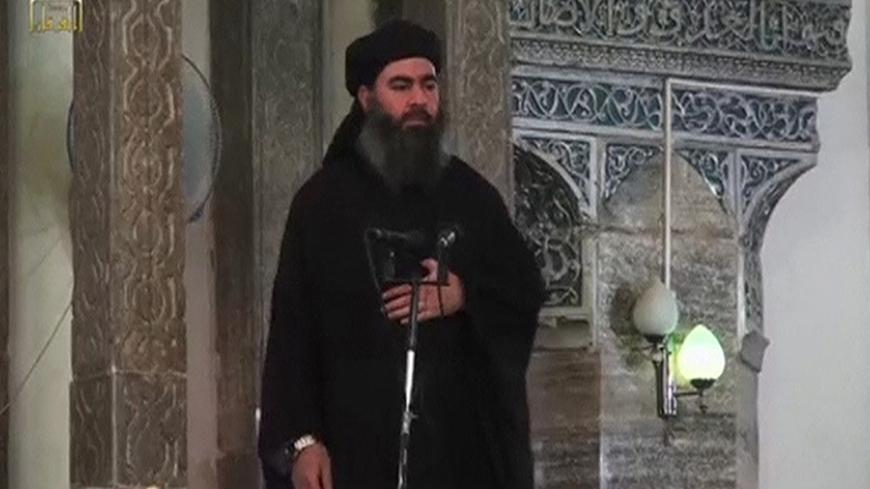 Abu Bakr al-Baghdadi gives a sermon at a mosque in the center of Iraq's second city, Mosul, according to a video recording posted on the Internet, July 5, 2014. - REUTERS/Social Media Website

Afghan sources have provided new information on the elusive leader of the Islamic State, Abu Bakr al-Baghdadi, also now known as Caliph Ibrahim. According to these accounts, Baghdadi spent several years in Afghanistan working with the Arab jihadist community and the Taliban. Baghdadi apparently went to Afghanistan in the late 1990s with Abu Musab al-Zarqawi, the Jordanian who founded al-Qaeda in Iraq after the US-led invasion in 2003. It was Zarqawi's group that would later evolve into the Islamic State.

Zarqawi, whose real name was Ahmad Fadil al-Khalayilah, had been a petty criminal known for his cruelty. Born in 1966, he spent several years in Jordanian prisons, where he was radicalized in the 1980s, becoming an Islamic extremist. Once freed, between 1989 and 1992 he fought with the Afghan mujahedeen against the Soviet-backed communist regime in Kabul before returning to Jordan.

The Jordanians again arrested Zarqawi, in 1994, for plotting against King Hussein's peace treaty with Israel. His trial for anti-Hashemite, subversive activities made him famous. After five years in prison, Zarqawi was released in a general amnesty when Hussein died and was succeeded by his son, King Abdullah II, in February 1999.

Zarqawi went back to Afghanistan, which is when he and Baghdadi reportedly began to live and work together. Afghan sources recall that they were close partners. Zarqawi established an Arab group called Jund al-Sham (Army of Syria) and received considerable assistance from Osama bin Laden and al-Qaeda. The group operated in Kabul and Herat.

Zarqawi's group planned a major terror attack, targeting big hotels and biblical tourist sites in Jordan on the eve of the millennium. The Jordanian intelligence service uncovered the plot in December 1999, and Zarqawi was indicted in absentia for masterminding it. What role Baghdadi played in the plot is unknown, but it seems likely that he was involved.

Baghdadi had close relations with the Taliban during his years in Afghanistan, as did Zarqawi. The two Arabs shared the Taliban's sectarian hatred of Iranians and Shiites. Baghdadi was especially close to the Taliban minister of education, an ironic portfolio since the Taliban banned most forms of education, especially for women and girls.

It is likely that Baghdadi, like the rest of the Taliban's allies, fled Afghanistan after the American intervention following 9/11. Zarqawi went to Iraq and began building the infrastructure that would become al-Qaeda in Iraq and, after his death in 2006, the Islamic State of Iraq.

The new information helps put Baghdadi (a nom de guerre) in better perspective. His association with Zarqawi from at least 1999 establishes him as an early player in the Sunni extremist movement in Iraq and its war against Shiism. He was present at the creation.

It also helps explain his strained relationship with Ayman al-Zawahri, bin Laden's successor in al-Qaeda. Zawahri was always skeptical of Zarqawi and his associates, whom he regarded as too sectarian and bloodthirsty. Zawahri counseled bin Laden not to trust Zarqawi.

Zawahri expelled Baghdadi from al-Qaeda earlier this year over a turf battle. Zawahri had wanted Jabhat al-Nusra to be al-Qaeda's franchise in Syria, while Baghdadi had wanted what was then the Islamic State of Iraq and al-Sham (ISIS) to be in charge. ISIS had actually created Jabhat al-Nusra, and Baghdadi wanted a bigger role. Having claimed to be caliph, he aspires to command all of Islam through what is now called the Islamic State.

Meanwhile, Mullah Omar, leader of the Afghan Taliban, asserts he is the true commander of the faithful. His claim goes back to the 1990s and was vouched for by bin Laden. Baghdadi probably believes he has now surpassed all his rivals. Baghdadi's decision to proclaim himself caliph directly challenges Omar's standing. Omar is extremely taciturn and keeps hidden in his Pakistani sanctuary near Quetta. He may well simply choose to ignore his rival's pretensions while hailing the successes of the jihad in the Middle East.