Who Will Be in Rouhani’s Cabinet?

Tehran is abuzz with speculation about who will be in the next Iranian government. 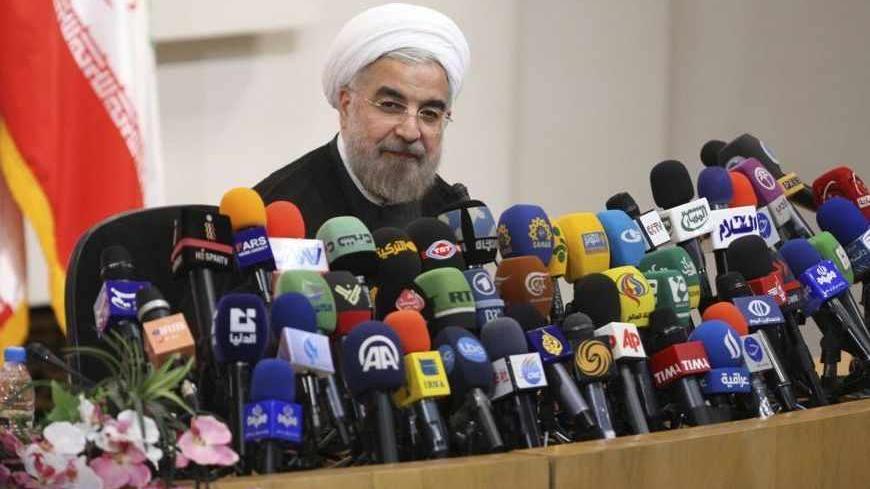 TEHRAN, Iran — Wherever you go in Tehran there is one subject many people are discussing: the new government. It has only been two weeks since Hassan Rouhani won the election on June 14 and became Iran’s new president, and since then taxi drivers, shop keepers, journalists, and everyone else are speculating and analyzing. “It's been a very difficult four years, to be honest; the last two years were the worst,” said Mansour, a taxi driver whom I met in Tehran. Mansour is originally from Kerman in southeastern Iran, a civil servant in the morning and taxi driver in the afternoon. He told me, “I’m not a politician, but I know that for the sake of economics politicians have to unite, they have to find solutions for us.”

It is clear that Rouhani knows the importance of starting his era with a national unity government, especially since the majority in the Islamic Shura Council (Iran’s parliament) is with the conservatives. Backed by the vision of Hashemi Rafsanjani [1989-1997] and the approach of Mohammad Khatami [1997-2005], in addition to his negotiation skills, Iran’s president-elect is dealing with the cabinet formation as if it was the nuclear file. “In this election, God guided people’s hearts and indeed a real epic was created. Running the state affairs is a really difficult task and all individuals and organs should help the president-elect.” These were Iran’s Supreme Leader Ayatollah Ali Khamenei’s words in his first appearance after the election. Khamenei wanted to tell the group of conservatives who are still criticizing Rouhani that it is time to get to work, and that the former National Security Council representative who has now become the president has to succeed.

According to political sources in Tehran, who spoke on condition of anonymity, the new cabinet will include some technocrats; still, the main portfolios are to be handled by politicians. The most senior position after the president is his deputy, and it is almost certain that Mohammad Reza Aref is a favorite for this position. According to our sources, “Rouhani thinks Aref played a vital role in paving his way to the presidency and admires him as a seasoned politician; therefore, he’ll offer him the position of vice president.” Several names are also circulating as possible members of the new government, some of them were presidential candidates. Ali Akbar Velayati who is the supreme leader’s adviser is expected to become Iran’s National Security Council secretary-general and the main nuclear negotiator, a clear indication that the nuclear file will be under the full control of Khamenei. As for the Ministry of Foreign Affairs, our sources believe the new minister should be part of the reformists’ camp — still they did not rule out the possibility that Ali Akbar Salehi might be reappointed.

Mohsen Rezai might emerge as Iran’s new defense minister, according to our sources, though there are chances another hard-liner, Gen. Ali Shamakhani, might get hold of this position. Shamakhani was a former defense minister in Khatami’s cabinet, and as was Velayati he was a close aide to Khamenei.

Back to Mansour, our taxi driver. “I don’t care whoever takes whatever; all I care about is the economy,” he said. Mansour and many others are more interested in finding out who will become the new minister of economy. So who will be Rouhani’s strongman?

According to our sources, Mohammad Bagher Nobakht will be the next minister of economy. Nobakht was born in Rasht, on Iran's Caspian Sea coast, and he is known to be an economic expert with a doctorate degree in economics from the University of West Scotland. He was Rouhani’s spokesman during the presidential campaign in this last election and member of his think tank, Center for Strategic Research.

These are all big names to watch for the new cabinet, though all eyes will certainly be on Nobakht and his successful bid for the minister of economy's position.