The election of Hassan Rouhani as president of Iran might present an opening for a political solution to the Syria war. 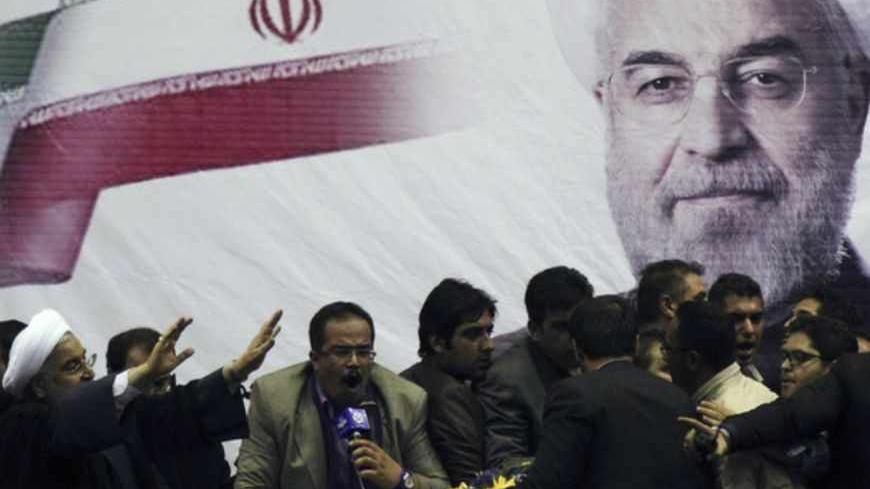 So much for those who predicted a sullen, uneventful election in Iran.

More than 70% of Iranian voters turned out and overwhelmingly cast their ballots for the centrist Hassan Rouhani, the candidate they hope will bring some normalcy to Iran’s politics and foreign policy. Arash Karami reported that celebrations broke out across Iran when Rouhani was announced the winner.

While most American observers preferred to focus on Supreme Leader Ayatollah Ali Khamenei’s telling the United States to “go to hell” for questioning Iran’s electoral process, an Al-Monitor correspondent in Iran picked up the more interesting nuance in Khamenei’s speech encouraging even those who “do not support the Islamic system” to vote in the election. The correspondent noted, “The supreme leader’s comments actively contributed to the success of a candidate [who] is not within the conservative confines of his 'Principlist' political stable, in the process creating a more inclusive and pluralistic Iran. Contrary to endless punditry about Saeed Jalili being Khamenei’s favored candidate and even the front-runner, it now appears that the supreme leader made the calculated decision to acquiesce to the will of the Iranian people."

Rouhani, who served as secretary of the Supreme Council for National Security and led Iran’s nuclear negotiating team from 2003 to 2005, may have the advantage of being both a moderate and close to Khamenei. “The supreme leader will strongly support Rouhani because they have been friends for 45 years,” Seyed Hossein Mousavian, a former member of the Iranian nuclear negotiating team, told Al-Monitor.

Rouhani’s election could provide an opportunity for progress in the nuclear negotiations, as Barbara Slavin reported, as well as for the peace process in Syria.

In the final statement of his campaign, Rouhani said, “Unfortunately, the country’s performance in foreign relations is not good. As a first step, we must remove the misunderstandings and reduce the tension with both the major powers and some regional powers. My administration’s first foreign relations priority will be to maintain and protect our national interests by building confidence and easing tension with the outside world.”

The United States has so far not agreed to invite Iran to the Geneva II conference on Syria, citing Iran’s all-out backing of the regime of Syrian President Bashar al-Assad. As this column has argued, Tehran is the broker of Assad’s decisions to make peace or war. The Iranians have formally proposed talking with the United States (and its P5+1 partners) about Syria, but Washington has not yet taken up the offer. Iranian UN Ambassador Mohammad Khazaee, in an interview with Al-Monitor, welcomed the Geneva II initiative. In the meantime, Syrians continue to suffer, with the latest UN death toll numbering in excess of 93,000.

Diplomacy should be an instrument of policy, among adversaries as well as friends. Iran will not show up at the P5+1 and sign the latest US offer just because it is reeling from sanctions. Nor will it give up the fight in Syria without a quid pro quo. The alternative to diplomacy, however, is the slippery slope to even deeper US military engagement in the region, as well as a prolonged humanitarian catastrophe.

The election of Rouhani might allow the United States to drop its resistance to an Iranian role and at least put Iran to the test by asking, “What can you do to help us end the war?" US-Iranian relations have been mired in hostility for more than three decades. The signals and opportunities for improved ties do not come often, are not indefinite, are often ambiguous and carry political risk. Nonetheless, these signals and opportunities come and go. The election of Rouhani is one such opportunity that should not be allowed to pass.