Supreme Leader Ali Khamenei has acquiesced to the will of the people and a perhaps more conciliatory political posture with the election of Hassan Rouhani. 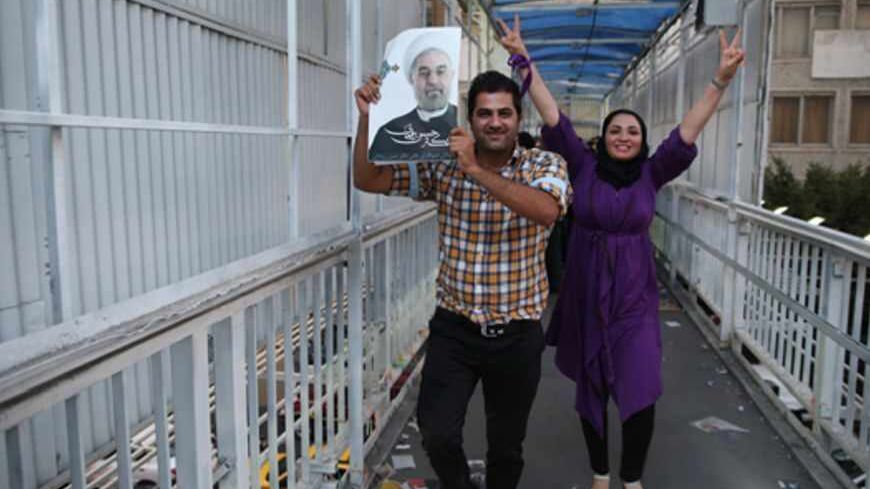 Two days before Iranians voted for who would succeed Mahmoud Ahmadinejad as president of the Islamic Republic, Supreme Leader Ayatollah Ali Khamenei offered a rhetorical olive branch to the country’s opposition. He said that even those who “do not support the Islamic system” should come out and vote.

Khamenei’s message was a direct and unprecedented acknowledgement of the reformists and millions of silent secularists who comprise Iran’s "opposition" as stakeholders in the country. It was also a message to them that their votes would count.

This overture should be considered now that Hassan Rouhani — a candidate supported by reformists, and a reformist himself in all but name — has become the seventh president of the Islamic Republic of Iran.

The Supreme Leader’s comments actively contributed to the success of a candidate that is not within the conservative confines of his "principlist" political stable, in the process creating a more inclusive and pluralistic Iran. Contrary to endless punditry about Saeed Jalili being Khamenei’s favored candidate and even the front-runner, it now appears that the Supreme Leader made the calculated decision to acquiesce to the will of the Iranian people.

The reasons for this are threefold.

First, with civil war in Iraq and Syria and a democratic crisis in Turkey — once hailed as the bastion of democracy in the Islamic world — Iran’s smooth and partly representative election strengthens its standing in the region.

Second, Khamenei sees Rouhani as an opportunity to depolarize Iran’s bitterly-divided, ineffective political system. Furthermore, a less radical and more unified Iran stabilizes the position of the ruling clerical establishment and concomitantly legitimizes Velayat-e faqih, the cardinal tenant of the Islamic Republic that assigns ultimate power for life to its Supreme Leader.

Third, by backing a genuinely popular president who commands support from several power centres in the Islamic Republic, Khamenei can make Iran more inclusive, which strengthens its negotiating hand with the West over its disputed nuclear program. It is clear that the Supreme Leader can live with Rouhani because his political watchdog, the Guardian Council, has already eliminated political undesirables, including former president and Rouhani-ally Hashemi Rafsanjani. So, too, the reformists support him, officially endorsing him days before the election. Moderate conservatives and clerics also back Rouhani as well as the young, who make up an increasingly large proportion of the electorate — half of the votes comprised voters aged 18 to 35.

The new consensus that has handed Rouhani the presidency will almost certainly change the country’s direction. In the final statement of his campaign Rouhani highlighted the need for improved relations with the West.

“Unfortunately, the country’s performance in foreign relations is not good,” he said. “As a first step we must remove the misunderstandings and reduce the tension with both the major powers and some regional powers. My administration’s first foreign relations priority will be to maintain and protect our national interests by building confidence and easing tension with the outside world.”

By electing an executive branch that puts a premium on statesmanship rather than posturing and populism, Iran is today within sight of unshackling itself from the sanctions imposed upon the country by the United States and the European Union. The West must avoid making the same mistakes as it did during Mohammad Khatami’s presidency, when Rouhani was leading the nuclear negotiations with the Europeans — demanding much and offering little.