While still within the 100 days of grace since its establishment, it can hardly be said that grace characterizes the new Israeli coalition, embroiled in an “all-out war.” 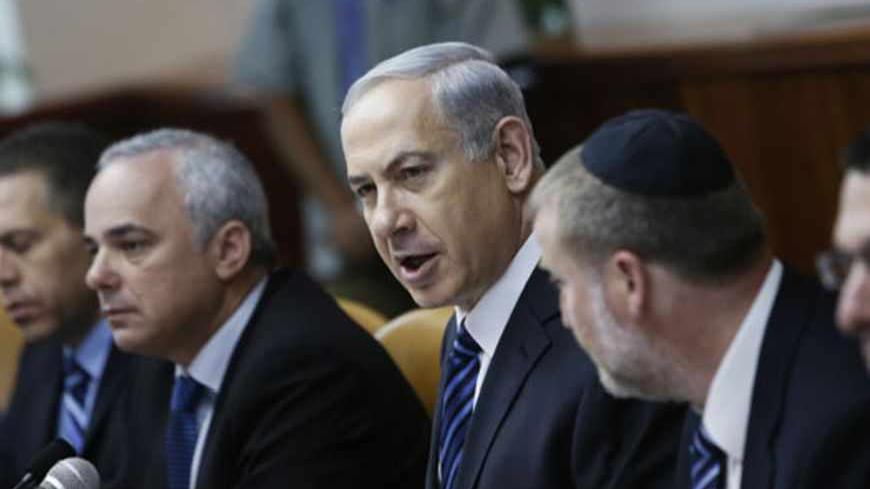 Even before it has been in power 100 days, one thing can be said for the continuum of crises and bumps in the road facing the new coalition, namely that it is not surprising. Indeed, we see the scenario all of us could have pictured just three months ago, as the coalition agreements were being signed, playing out before our very eyes: The connection isn’t working, the deal is faltering.

The following is a current and brief status report on the coalition: a deep coalition crisis, including threats of leaving the government; an embarrassing loss in the vote for appointment to the Judicial Selection Committee, where for the first time since the establishment of Israel, the coalition will not have a representative on this important committee (we will discuss this later); growing differences of opinion on issues of religion and state among the different parts of the coalition; and gaps in diplomatic views between the partner parties. If we add the fact of the weak obedience of coalition members, who leave the building without giving advance notice even before votes, the picture is clear — a coalition crisis.

The “dream coalition” Prime Minister Benjamin Netanyahu had in the previous Knesset ran like a well-oiled machine, in which each cog knew its place and they all worked together in harmony. Now, turn the tables 180 degrees and you’ll get the current situation: four parties comprise the coalition, and each of them is embroiled in a deep conflict with the other three.

Take, for example, the HaBayit HaYehudi party, which is engaged in one dispute or another with all of the other factions.

The Likud party dislikes the confusing conduct of Economy and Trade Minister Naftali Bennett and his friends on matters of religion and state; the HaBayit HaYehudi party is waging a full-scale battle with Justice Minister Tzipi Livni’s HaTenua party that includes accusations, derogatory statements and mutual attempts to torpedo initiatives and bury laws; and the “glorious” partnership with the Yesh Atid party, which emerged during the negotiations to form the coalition, has faded into a mere “brotherhood alliance” between Bennett and Finance Minister Yair Lapid. While they, themselves, maintain a warm, personal and loving relationship, the disagreements between their factions are becoming a matter of course.

Innumerable words have already been written about the loaded relationship between Bennett and Netanyahu. The problem is that the tension, which peaked about five years ago, when Bennett stepped down from his position as Netanyahu's bureau chief with much fanfare [2008], is still alive today around the government table. In fact, some of those close (very close …) to the prime minister still fantasize of the day when they can rid themselves of the coalition partner the election results forced on him.

The event that illustrated the unstable situation best was the bitter loss in the secret ballot on the Knesset representative to the Judicial Selection Committee on June 3. This happened after the Knesset members who are part of the coalition received a clear instruction to support Knesset member David Rotem (Likud Beiteinu) for a second term on the committee, but when they went into the voting booth, some of them — so it turned out later — did not keep their word. The results even annoyed the last of the optimists among the Likud ministers. One of the senior Knesset members in the coalition called it a “humiliating defeat.” He, like the rest of his colleagues in the ruling party, who had hoped that the current term would be a peaceful one — just like the last four years — sounds much different now. The picture taking shape is that no senior member of the Likud party would be willing to wager that the current government will last the whole term. In fact, the most widely held presumption around the halls of the Knesset is two years. At best.

As opposed to the predictions made when the new coalition set out on its course, diplomatic issues are actually barely giving rise to crises and disputes. Just like during the campaign, this “minor” issue, which directly relates to the future of Israel, is being swept under the rug. Even Yair Lapid, who promised during the campaign that he would not sit in a government that would not lead negotiations, has turned his back on the matter. What is gnawing away at the coalition and jeopardizing its future is the issue of religion and state. When entering this arena, every law is a loaded weapon and every initiative embodies a potential crisis.

The person who truly understands the enormity of the problem is the man who grapples with these issues day in and day out, Knesset member Yariv Levin, chairman of the coalition. Levin, who could not be any more miserable, did not want the job. He knew upfront that this was a mission destined to fail, for all the reasons listed above. In closed discussions, he is the first to admit that the coalition is dysfunctional, and it is pure luck that it has not experienced additional defeats in votes in the Knesset. The problem is that Levin does not have the power and authority to take Lapid, Bennett or Livni to task. Only Netanyahu can do that, but he is indifferent to it all, or at least so it would seem. As opposed to his modus operandi during the previous term, Netanyahu virtually does not deal with “political maintenance.” He does not invest in nurturing his allies in the coalition. The prime minister, as we recall, was the first to recognize the problems with the composition of the coalition, and only after he ran out of other options, did he launch it. As far as he is concerned, it is a “no-choice coalition.”

Netanyahu does not live in a dream world. He knows that the rules of the game have changed and that the efficient intimacy of his previous government is long gone. However, he takes solace in two things. One — with each successive day — both Lapid and Bennett, who until recently were “the new politicians,” are becoming bogged down in reality and becoming “old politicians”; the second — and most important — is that he remains the prime minister.

At the end of the day, that is all he really cares about.