Once the elections are over, Prime Minister Benjamin Netanyahu will have to choose whether to create a narrow coalition with the ultra-Orthodox, or try to persuade reluctant center-left parties to join a wider coalition, writes Nadav Perry. 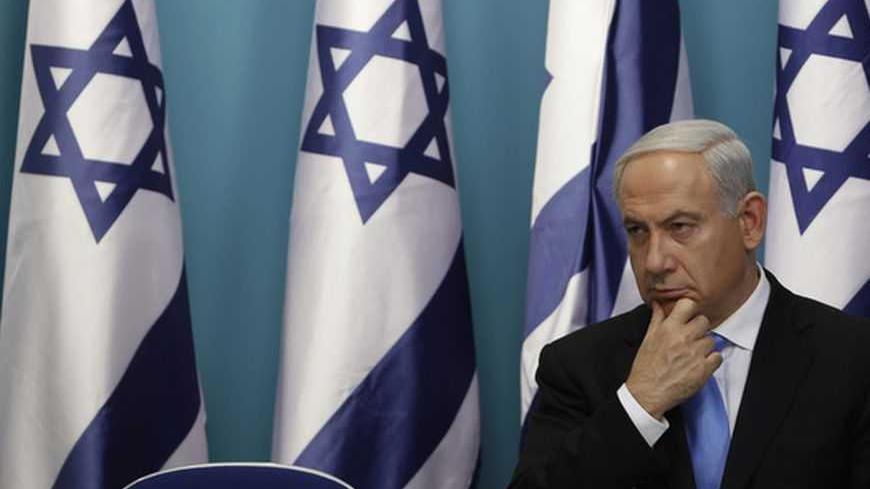 In his thoughts, Netanyahu could very well be going back four years, to the days when things were much simpler. Back in the day — in the post-2009 elections — he was able, brick by brick, to assemble his dream coalition: many natural partners and a small cadre of left-wing opportunists. The latter consisted of the incumbent Defense Minister Ehud Barak and a host of other "job seekers" who joined the government, thereby willingly providing to him the "diplomatic license" with which he was able to venture out to the world.

However, a review of this past week's public statements by leaders of the center-left parties gives rise to conjecture that the era of the Fouads and Simhons — to wit, politicians like Binyamin Ben Eliezer, a.k.a. Fouad, and Shalom Simhon — who get elected by leftist voters and then serve in right-wing governments is over. Shelly Yachimovich, Yair Lapid and Tzipi Livni have all climbed on very high horses in recent days, declaring their terms for joining a future government. It remains uncertain whether Netanyahu will be able to get them down.

The most interesting question pertains to Lapid. Ostensibly, he is a natural for the part of the left wing's cleansing fig leaf. Lapid has fettered himself in many directions. It was only yesterday, Jan. 10 that he declared that he would not join a government that would avoid implementing equal sharing of the burden, thereby ruling out partnership with the ultra-Orthodox. A few days earlier, he updated his Facebook page, saying "There's no way I will join a right-wing and ultra-Orthodox government all on my own." Besides, it was already long ago that he announced that he would not serve in a government that would not change the electoral system and resume the diplomatic negotiations. On top of that, he will be making demands for housing and education reforms.

It may very well be that Lapid — like many before him — will exchange the principles and promises made to voters for jobs and power. But let's consider other options as well. The man has a long view. He has no intention of being a one-term politician. My bet is that unless the fundamental demands he presented in his campaign are met, he will not serve in the government, regardless of the portfolios he is offered.

Bringing Lapid on board will result in a divorce between Netanyahu and the ultra-Orthodox as well as confrontations with the right-wing members of the coalition and his own faction. There's no guarantee that Netanyahu is willing to pay this price. And yet, Lapid is the relatively "easy client." As for the price of partnering with Tzipi Livni, it is evident that he will not make any compromises. On a number of occasions he has made it abundantly clear that she will have no foothold in the diplomatic arena in a government under his baton. So where can she serve — in the ministries of science or immigrant absorption? After all, this is the woman who last time refused to be a "foreign minister plus" only because she could not get assurances from Netanyahu on pursuing the diplomatic process. The thought that she would serve in the government for a job — like Minister of Agriculture Orit Noked — seems unrealistic.

As for Yachimovich, the picture in this case is less pixilated. Ever since her announcement that she would not join a government headed by Netanyahu, she has honed the message on a number of occasion. No one should think that a day after the election she will chuck it all and join the government. The problem is that after many years of blunt political opportunism (Shaul Mofaz's zigzagging is a case in point), many Israelis loathe politicians.

"Big deal, so he made a promise," political reporters say. "Big deal, so she said that," says the pundit du jour, "just wait and see how they all run to the government the day after the election." This is how much we have grown accustomed to two-faced politicians who are only interested in power.

If Netanyahu wants to assemble a purely right, ultra-Orthodox government, he will only require a few days. Yet this is precisely what he wants to avoid. For years the prime minister used to relate that his lesson from his first term in office (1996-1999) has been not to rely on a narrow, homogenous government. The broader and more diversified the coalition, the lower its chances of being voted down, thereby awarding the prime minister greater latitude. Netanyahu is very well aware that a government predicated on Zeev Elkin, Naftali Bennett and Orit Strock will allow him to hold onto the job and ride it out — but not more than that.

If the 2013 rules of Israeli politics remain identical to those of 2009, he should have no problems. He will be asked by President Shimon Peres to form a government. He will buy out whoever he can and assemble another broad coalition to show the world. But if "the bastards have really changed the rules," they need not inform Netanyahu. He will find out for himself very quickly.